Life Could Have Existed On Mars Before It Did On Earth

According to a new study, life could have existed on Mars long before it did right here on Earth. When the planets first formed in our solar system approximately 4.5 billion years ago, meteors were crashing into everything and that chaotic period was called the Late Heavy Bombardment.

But now scientists have readjusted the timeline of when Mars stopped being heavily hit by meteors. Since meteors stopped attacking the Red Planet around 4.48 billion years ago, scientists believe that life on Mars could have developed between 4.2 billion and 3.5 billion years ago – approximately 500 million years before Earth became habitable. 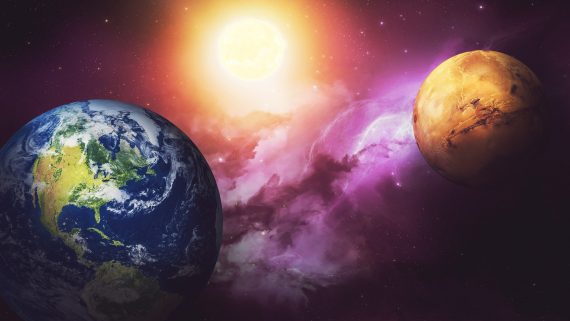 In order to figure this timeline out, a team at the University of Western Ontario, Canada, examined pieces of Mars’ crust that came from the southern highlands of the planet. A collision on Mars sent pieces of the planet flying through space and around 120 samples have been recovered on Earth.

The team studied the oldest-known mineral grains from the meteorites and found zircon and baddeleyite that date back from between 4.43 billion and 4.48 billion years ago. The zircon had small traces of radioactive uranium which over time turned into lead and allowed the researchers to determine how old the rock was. Additionally, the rock had micro features which would confirm whether or not it had been exposed to high pressure from a huge impact.

Since the samples didn’t show high temperatures or pressure, it indicated that they were from a time after the Late Heavy Bombardment period finished. “We found none of these bombardment signatures in the Mars zircon and baddeleyite grains,” Dr. Desmond Moser told New Scientist, adding, “We know there was a giant impact on Mars, but it has to be older than 4.48 billion years ago.” 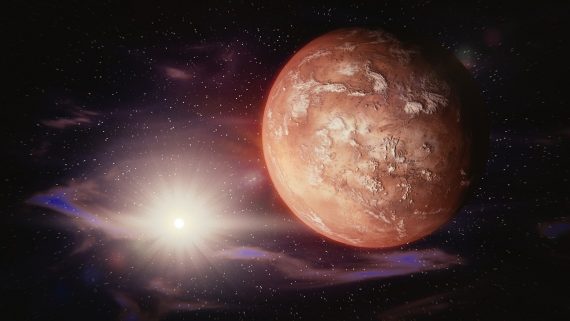 He also said, “The implication is that there could have been platform hosting life as much as half a billion years earlier than previously thought it was possible in the inner solar system.” This means that the countless meteor strikes on Mars between 4.2 billion and 3.5 billion years ago could have resulted with the waters from inside of the planet being released much earlier than previously thought. Additionally, the waters could have been “...setting the stage for life-forming reactions,” according to Dr. Moser. It’s incredible to think that while Earth was still forming, Mars could have been thriving with life.

Palace From Mysterious Ancient Empire Exposed by Drought in Iraq