Most stories about the Loch Ness monster concern recent ‘sightings’ that are questionable fuzzy photos of seals at best, questionable fuzzy videos of logs at worst. A few go back to the most famous long-necked creature photo ‘taken’ by a surgeon that was finally admitted to be a hoax. One or two go back further to the 1800s when dinosaur fossils were being discovered regularly and tales of strange creatures, monsters and sea serpents were created in attempts to explain them. Recently, one researcher -- Ashley Cowie -- went all the way back to the first mention of a serpent-like creature in Loch Ness to build a plausible case for the true identity of the Loch Ness Monster. Is this the real deal?

“A paragraph is curiously titled: Concerning a certain water beast driven away by the power of the blessed man's prayer, dated to August 22nd AD 565, in which the legendary Irish Saint Columba was traveling along Loch Ness towards Inverness where he aimed to win the Pictish King Bridei’s blessing to convert the Picts to Christianity.” 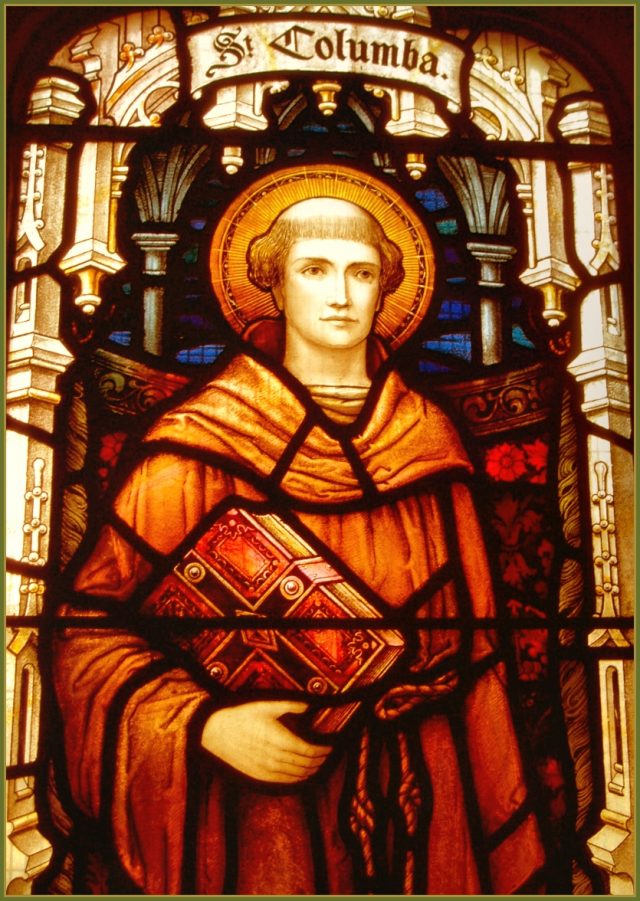 Cowie’s detailed explanation (both in print and on Youtube) includes numerous links, beginning with one to the “Life of St. Columba” monastic text written by the abbot Adamnan which is the earliest and most well-known written account of the creature. Pointing out that there have never been any bones found in or around Loch Ness, Cowie instead looks at what else was going on the surrounding world at the time of St. Columba.

“Among the classic archetypes of mythology found in stories around the world a popular literary device known to mythologists was - Chaoskampf - a German term for “struggle against chaos” which was commonly used in early Christian mythology depicting cultural heroes slaying “chaos monsters”. It was reassuring to find symbolic chaos monsters were most often depicted in mythology and arts as giant water beasts, serpents and dragons.”

Cowie says Adamnan’s description of St. Columba crossing “threshold after threshold, conquering dragon after dragon” as he traveled through the land of the Picts, drawing the “saving sign of the cross” like a holy sword to defeat growing levels of challenges, culminating with the ultimate monster, the serpent, fits a classic mythological technique for showing the masses the proper (and Christian) way to meet the challenges of ‘godless’ life in the 6th century, pre-Scotland Pictish world that Columba crossed in his quest to become … St. Patrick 2.0!

Yes. Cowie goes there – theorizing that Adamnan’s tale was partially helping Columba to follow in the footsteps of Patrick of Ireland, who a century before him crossed the pagan thresholds of Ireland, symbolically chasing out the pagan ‘snakes’ – “symbolically” because there’s no archeological evidence that Ireland ever had snakes or reptile to begin with. However, Columba did have some close ties to historical realities. He really did embark on a perilous journey from Ireland (most journeys were perilous in the 6th century), encountering the Picts who did not like the idea of a stranger telling them what to believe (who does?), and then coming face-to-face with the real ‘pagan’ King Bridei, King of Fortriu, at Inverness, where he raised his cross ‘sword’ and cut a deal with the king to help start the conquest of the chaos of the Pict world and change the political landscape of Scotland.

“Then seeing that the beast had withdrawn… the brothers with great amazement glorified God in the blessed man. And also the pagan barbarians who were there at the time, impelled by the magnitude of this miracle that they themselves had seen, magnified the God of the Christians.”

Cowie compares Adamnan’s tale to the conquests of serpent Lotan, later called Leviathan, conquered in Hebrew and biblical stories. In a similar way, Adamnan may have updated this tale to the 6th century spread of early Christinanity.

“It is within Adomnán’s attempts to demonize Pictish traditions that the mystery of the Loch Ness Monster was set in stone and maybe this is why after 1454 years only a hand full of blurry photographs and videos exist, yet the beast continues to stir at the very deepest aspects of my Scottish mind.”

So, the true identity of the Loch Ness Monster is, in Cowie’s mind, the ‘pagan’ Picts conquered by an Irish missionary wielding his cross sword in a quest for sainthood. Does this mean we’ll never find any monster DNA in Loch Ness? Good luck getting the current Nessie myth machine to buy into that!