A video has surfaced of what appears to be something that could be the Loch Ness monster surfacing in … OK, you can figure that part out. There are a number of strange things about this video, not the least of which is that it was taken in January 2019 and just surfaced now. 2019 is fast becoming a record year for Nessie sightings, yet this video of better-than-the-usual quality has remained hidden. Was it suppressed? Why? And why are experts and debunkers having a hard time expertly debunking it?

“At roughly 1:30pm on the 2nd of January 2019 while visiting the tourist heritage site of ‘Urquhart Castle’ near the famous Loch Ness town of Drumnadrochit, the Aussie family witnessed a strange movement on the surface of the dark water close to the other side of the Loch from where they stood at the Castle Ruins. The large strange movement on the surface appeared to stay visible for quite sometime. It also appears to be quite large given the distance from where they stood. The width of that section of the Loch is roughly a distance of 2.5km’s (8,200ft/1.55miles) from one side across to the other.”

The video in question (view it in its entirety here) was uploaded by James Petch on January 22, 2019. From the wording of his comments, it’s not clear whether he was part of the “Australian Family on Holiday in Britain” which made the recording, and he gives no explanation of how else it might have come into his possession – which seems strange in light of the other meticulous details he gives on the camera and the location … which was the prime Nessie viewing spot near Urquhart Castle. It’s clear from the clear video that there’s definitely something going on in the water … but what?

“Having watched it, I am not sure anything solid is seen at the surface and this naturally brings to the fore the wave explanation. Just as the old legends used to talk about "waves without wind" we wonder if this is a "waves without boats" scenario? The owner helpfully pans his video recorder across the loch and no boat is to be see, which is perfectly understandable for early January when boat traffic is minimal.”

The video reappeared this week on the Loch Ness Mystery blog, an excellent source for all things Nessie and lake monsters in general, and place where sightings are expertly analyzed, broken down and explained … usually. In this case, the blog steers the analysis boat towards the “waves without boats” theory and rightly explains that boat wakes can continue to ripple for minutes after the vessel makes them. In this case:

“However, on closer inspection at about 10s into the video, a line of three smaller waves is seen to the right and at 1m20s in, one wave disappears at the spot to be replaced by one just further to the left. Also, there is a faint suggestion of a completed bow wave in its environ suggesting it is indeed part of a decaying boat wake.” 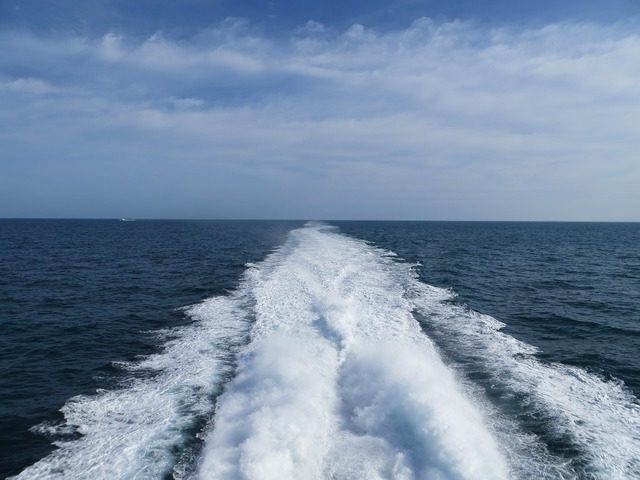 The key word for those wanting a definitive answer is “suggesting.” Yes, that’s a good analysis of what appears to be going on in the video and a very plausible ‘probable cause’ of it. However, this is not a court of law – it’s the court of Nessie wanna-believers and “suggestion” leaves an opening of hope. Here are a few more. Spotting Nessie has become more than an activity by cryptozoologists, wanna-believers and the huge tourist industry that supports the Loch Ness area – it’s a pathway to fame and fortune (the local paper offers a cash prize for the best sighting). Why was this video not advertised and promoted more than just this one YouTube upload? Also, it’s not listed on The Official Loch Ness Monster Sightings Register, which keeps track of the videos, photos and verbal accounts of Nessie, albeit with less critical scrutiny than the Loch Ness Mystery blog and other similar sites. Why?

Finally, the connection between ‘James Petch’ and the persons who recorded the video is not clear. Is either party (assuming they’re different) hiding something more?

As always, there are many answered and unanswered questions in this video and in all things Nessie. In its own oxymoronic way,  that’s what makes looking for and arguing about the Loch Ness Monster so much serious fun.

UFOs and the Communist Party – a Strange Tale