On this 50th anniversary of the first landing of humans on the moon (OK, first verified or possibly staged landing -- for all of you conspiracy theorists), most stories are about the astronauts, the engineering, the backup plans, the moon rocks, etc. One interesting tidbit popped up about a little-known event that happened shortly after President John F. Kennedy announced in 1962 that “I believe that this nation should commit itself to achieving the goal, before this decade is out, of landing a man on the moon and returning him safely to the Earth.” What was not mentioned in the speech was that Kennedy was planning to invite participation by what was then known as the Soviet Union – out enemies in the Cold War and our rivals in the space race. It turns out Kennedy secretly reached out to Soviet leader Nikita Khrushchev immediately after the speech, along with a couple of times publicly a year later, but his assassination may have ended any chance of a joint mission. How might history have been different?

“Kennedy met Khrushchev and said “why don’t we do it together? Khrushchev said no. I believe Kennedy was serious about that initiative. Others think it was propaganda.”

In an exclusive interview with The Telegraph, John Logsdon states that President Kennedy met privately with Nikita Khrushchev at the Vienna Summit – a face-to-face meeting held just ten days after his famous speech to Congress on May 25, 1961. As expected, that meeting was dominated by the two leaders discussing the Bay of Pigs Invasion in early April 1961, but Logsdon insists Kennedy reached out to Khrushchev to join in and the Soviet leader declined. Why? 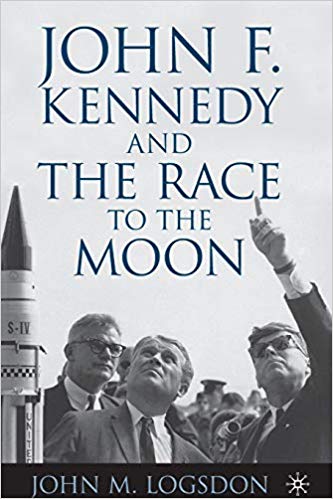 If anyone could find the answer to that question (and the very existence of the secret offer itself), it’s John Logsdon. He’s the author of “John F. Kennedy and the Race to the Moon” and “The Decision to Go to the Moon: Project Apollo and the National Interest” (and numerous space-program-related articles) and is the founder and former director (from 1987–2008) of the Space Policy Institute at George Washington University. Logsdon was also a member of the Columbia Accident Investigation Board and the NASA Advisory Council. While he doesn’t say unequivocally that Kennedy made the 1962 offer nor why Khrushchev turned it down, he hints that it may have involved concern about the costs. That’s why, in a speech to the United Nations General Assembly on September 20 1963, Kennedy publicly that the US and Soviet Union join together in a moon mission.

“Finally, in a field where the United States and the Soviet Union have a special capacity--in the field of space--there is room for new cooperation, for further joint efforts in the regulation and exploration of space. I include among these possibilities a joint expedition to the moon. Space offers no problems of sovereignty; by resolution of this Assembly, the members of the United Nations have foresworn any claim to territorial rights in outer space or on celestial bodies, and declared that international law and the United Nations Charter will apply. Why, therefore, should man's first flight to the moon be a matter of national competition? Why should the United States and the Soviet Union, in preparing for such expeditions, become involved in immense duplications of research, construction, and expenditure? Surely we should explore whether the scientists and astronauts of our two countries--indeed of all the world--cannot work together in the conquest of space, sending someday in this decade to the moon not the representatives of a single nation, but the representatives of all of our countries.” 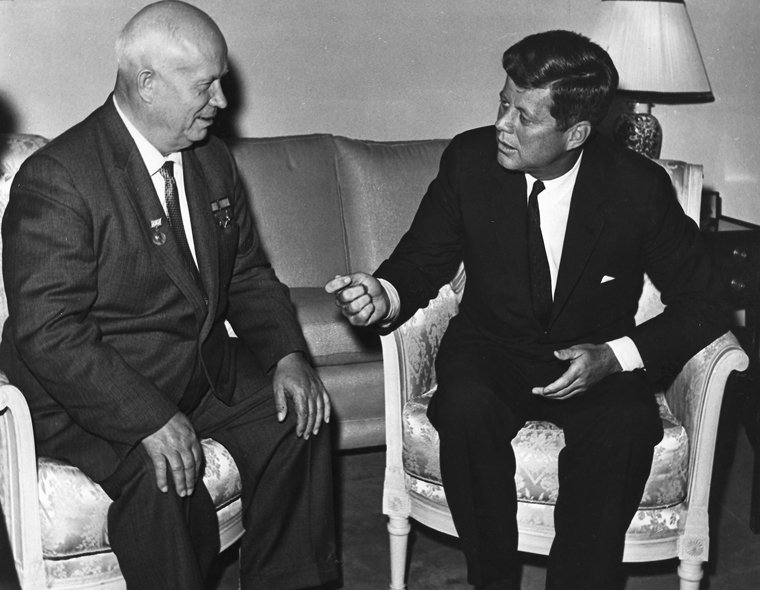 By that time, the tensions over the Bay of Pigs invasion had died down and relations seemed to be improving between the two countries. Logsdon explains what happened next.

“Khrushchev never formally responded to Kennedy’s invitation. But I believe Kennedy was serious about that. If he had lived and Khrushchev had said yes and stayed in power, would Apollo have turned into a cooperative undertaking? Would he have continued to pursue cooperation with the Soviet Union? That’s certainly what Kennedy would have liked to see happen. Could he have pulled it off, given the likely political criticism of his initiative in the US? We’ll never know.”

Unfortunately, President Kennedy was assassinated two months later and the Apollo missions and especially the landing on the moon became a quest to honor his legacy – one that would be tainted by any involvement with rival and Sold War enemy the USSR.

Philip K. Dick and others have looked at alternate endings to World War II. Perhaps some novelist or screenwriter can do the same with this little-known historical turning point from 1962.

The Mystery of Crow Funerals