Scientists are Asking the Public How to Respond to Extraterrestrials

Here we are – expecting our scientists to be working on finding extraterrestrials and developing ways to deal with them. Turns out they’re not doing too well on the second part … in fact, they’re asking the public for help in coming up with things to say should they meet an alien or get a credible “send us more information” signal from another planet. What do WE know? We can’t even deal with spam phone calls or strangers at the front door!

If we discover a signal from extra-terrestrial intelligence, would you:
- not care much about it
- just follow the news
- comment or interact on social media about this topic

That’s one of the questions on the “A Message From Afar” questionnaire put together by the UK Seti Research Network (UKSRN) and the Berkeley SETI Research Center for the Royal Society’s summer science exhibition. Martin Dominik, an astronomer at the University of St Andrews, told The Guardian:

“There is absolutely no procedure enshrined in international law on how to respond to a signal from an alien civilization. We want to hear people’s views. The consequences affect more people than just scientists.”

Really? We’re the people who can’t agree on climate change, Brexit and a whole host of other really important things that aren’t nearly as important as what to say to space aliens when they call or show up unannounced. It’s the Fourth of July holiday in the U.S. and everyone who’s seen the best movie ever release on this weekend – “Independence Day” – knows we’re not good at dealing with visitors.

What would you consider a credible source?
- main news channels
- direct quotes from expert scientists
- official government statements
- all other sources

That “all other sources” category includes social media, which is where most people actually get their news – real, unreal and surreal. Dr. John Elliott, a reader in intelligence engineering at Leeds Beckett University, says the global SETI community would announce any bona fide alien signal immediately. Really? Is that such a good idea when no one knows who to believe and conspiracy theories are accepted before the truth?

If we discovered simple life rather than a signal from extra-terrestrial intelligence, would you find that
- less interesting
- similarly interesting
- more interesting 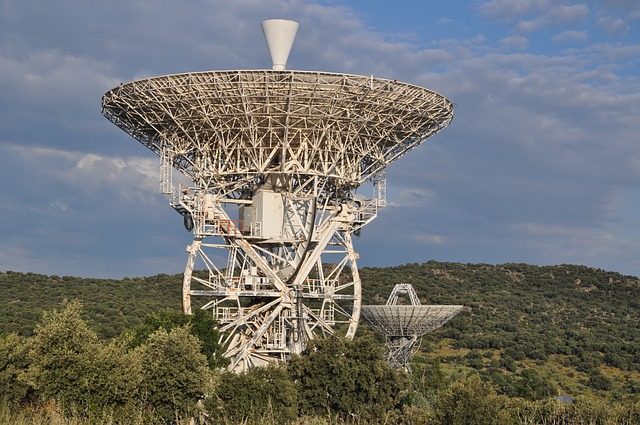 What would it tell about our existence?
What does it mean to be human?

Those last two questions are from the introduction to the questionnaire. Perhaps these SETI researchers already know the answer to these – they just want some solid evidence to convince the higher-ups that we’re too screwed up to deal with space aliens and perhaps, despite the recent groundswell of demands for full disclosure, we need a solid and unified plan for dealing with first contact.

One final thought. Are we putting the cart in front of the robot horse? A recent study of data from the 1,300 closest stars found no signs of life whatsoever. Perhaps we should work on some other urgent projects so the first thing we say to extraterrestrials is not: