You walk out onto your ranch, farm or property and find a large mammal completely drained of its blood. What happened? If you’re in Puerto Rico or Central America or Texas, you suspect a Chupacabra. If you’re in a band of territory along the 37th parallel of the U.S., you suspect aliens. If you’re anywhere else, you might suspect desperate vampires, strange religious cults or secret government biological testing. However, if you’re in North Carolina, you suspect massive swarms of long-horned, self-cloning ticks. Wait … what?

“State Veterinarian Doug Meckes is reminding livestock and pet owners to be vigilant in their tick preventative measures during warm weather. Recently, the deaths of five cows in Surry County were linked to acute anemia caused by tick infestations. Samples were sent to the N.C. Division of Public Health, Communicable Disease Branch for identification which confirmed Asian longhorned ticks.”

The North Carolina Department of Agriculture & Consumer Services issued a press release warning livestock owners to be on high alert for swarms of Asian longhorned ticks (Haemaphysalis longicornis) after the Greensboro News & Record and other local and national media outlets reported that a young bull was found in Surry County with more than 1,000 ticks on his body which had been drained of enough blood that it died of acute anemia, making it the fifth bloodless bovine found by one rancher since 2018. How many more might there be?

“The first case identified in the U.S. was in West Virginia from a tick taken from a white-tail deer in August 2010 . Since then, 67 counties in the United States have confirmed local Asian longhorned tick populations.”

Only 67 counties? That’s doesn’t sound too bad … until you find out that they are spread across ten states (Arkansas, Connecticut, Kentucky, Maryland, New Jersey, New York, North Carolina, Pennsylvania, Virginia, and West Virginia). That’s since 2010, with much of that growth over the past two years. How is this blood-sucking tick population spreading so fast?

“The tick can reproduce parthenogenetically (without a male) and a single fed female tick can create a localized population.”

“According to the Center for Disease Control in other countries bites from this type of tick can make people as well as animals seriously sick. For instance, in China and South Korea, the tick has been blamed for spreading Severe fever with thrombocytopenia syndrome virus or SFTSV. The tick-borne disease can cause hemorrhagic fever.”

The website Interesting Engineering brings that bad news from Asia. The Greensboro News & Record advises people in U.S. tick country to wear long-sleeved, light-colored clothing (to help see the ticks); use DEET, picaridin and other EPA-approved repellents; and take a shower as soon as you get home. And even all of that can’t stop them, because:

“The tick can reproduce parthenogenetically (without a male) and a single fed female tick can create a localized population.”

Ah, those were the good old days when all we had to worry about was Chupacabra, aliens, religious cults, vampires and secret government projects. 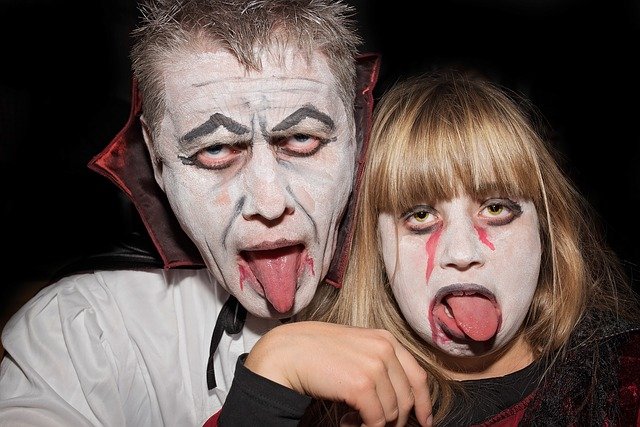