You know that the “Storm Area 51, They Can't Stop All of Us” event was started as a joke … right? And you know that it now has a life of its own, is proceeding as jokingly planned for September 20th and has inspired other storming events … right? And you’re not surprised that a beer company, a fast food chain, a music festival organizer and more are lining up to cash in on the event … right? What else could possibly happen? How about an actual UFO showing up to entice even more people to sign up? How about a local sheriff’s office panicking about how to handle a traffic jam on a deserted road in the middle of nowhere? Welcome to the latest edition of “Storm Area 51, What Next?”

That’s the headline on a video uploaded to YouTube on July 23rd by “FilmGuy,” who has this to say about the “UFO” (you can watch the video here):

“Here in Rachel, Nevada. Got this footage on my motion sensor camera. Unbelievable, not sure if it's a jet or some aircraft I haven't seen before. Pretty cool nonetheless.”

Pretty cool? We'll give you cool. Unbelievable? It’s Area 51 (allegedly – there’s no sign or any other indicator, so we have to take his word for it) so not really. Motion sensor camera? That’s worth some pondering. If it’s activated by motion, why was it already recording for a few seconds BEFORE the UFO appeared on the right-hand side before quickly zipping left and disappearing? How wide of an angle and deep of a range do these motion-detectors have? And why did FilmGuy pick this particular spot to set it up? Was he expecting wildlife and got a UFO instead? Then there’s the object itself. It definitely looks like a disc of some sort, even under magnification. However, that roar in the background implies either a non-stealth jet or an old-technology flying saucer. Unbelievable or not believable? This one definitely needs more data … or an admission by a company that it’s a promo for their new “Storm Area 51 Drone.”

“Someone is going to get hurt and people may go to jail. It’s not anything to joke about.”

With the only hotel in Rachel, the Little A’le’Inn, already booked to capacity, and the Alien Research Center, a gift shop along Extraterrestrial Highway about 40 miles outside Area 51, already full in its dry camping area, Lincoln County Sheriff Kerry Lee is worried about how his tiny staff of 26 sworn officers, including the jailers, will handle even 500 people lookin’ for a stormin’ and either drunk or angry because the free beer ran out. Even out in the middle of the desert, Sheriff Lee told the Las Vegas Sun that there are parking concerns, traffic control issues and trespassing problems.

“I think this started out as a joke but there may be enough people taking it seriously and it could be a problem.”

What if they all see a UFO? 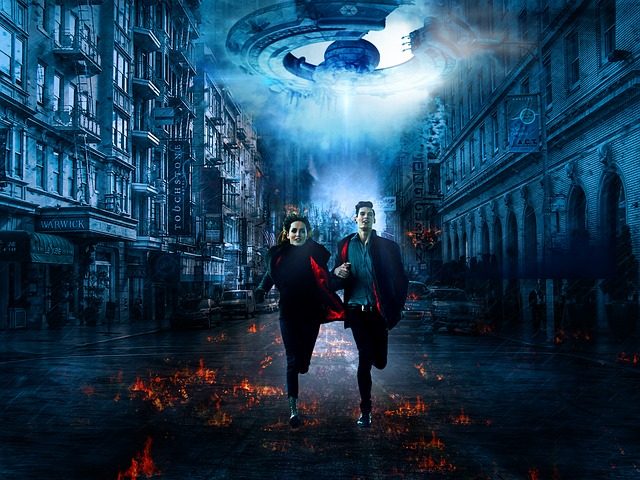 Female Viking Warrior May Have Actually Been Slavic