Based on new research conducted by Francois Costard, who is a scientist at the French National Centre for Scientific Research, he believes that an ancient asteroid impact on Mars created a mega-tsunami. Although it was quite common for asteroids to slam into Mars around three and a half billion years ago, there was one in particular that Costard was interested in.

He believes that a huge asteroid hit Mars creating a gigantic crater and that impact sent a thousand-foot wall of water across the planet which made odd landforms across the surface. In fact, he says that Mars’ strange features could have only been created by a massive tsunami that would have crashed into shore and then went back over the landscape. Costard has been discussing his theory, in particular a location on Mars named the “Thumbprint Terrain”, and he now thinks that he has discovered the impact crater that caused the massive tsunami. His findings were published in the Journal of Geophysical Research Planets. 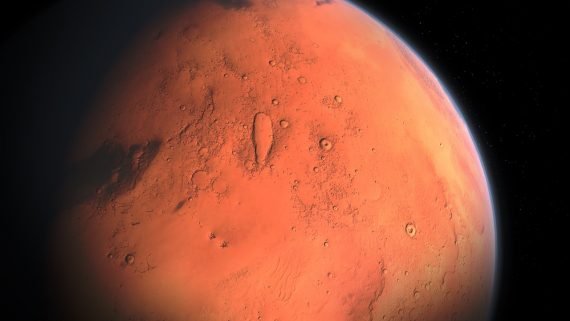 This wasn’t the first time that the mega-tsunami theory has been mentioned. In 2016, several astronomers discussed the possibility of an ancient asteroid impact causing two tsunamis across the Red Planet. Costard then did more research on the astronomers’ theory by trying to find out where the tsunami had originated from. He narrowed it down to ten possible impact craters that could have potentially caused the mega-tsunami, but one in particular caught his attention. Since the Lomonosov Crater is the correct age (approximately 3 billion years old), along with its huge size (75 miles across), and it’s shape (there are clues that suggests it was under water when the asteroid impacted the planet), it seems like that crater is the likely point of origin.

This new theory would change the timeline of when it is believed that Mars lost all of its water which was around 3.7 billion years ago after the core of the planet cooled down as well as the disappearance of the magnetic field. Since the planet didn’t have any atmosphere, surface water would have disappeared rather quickly. 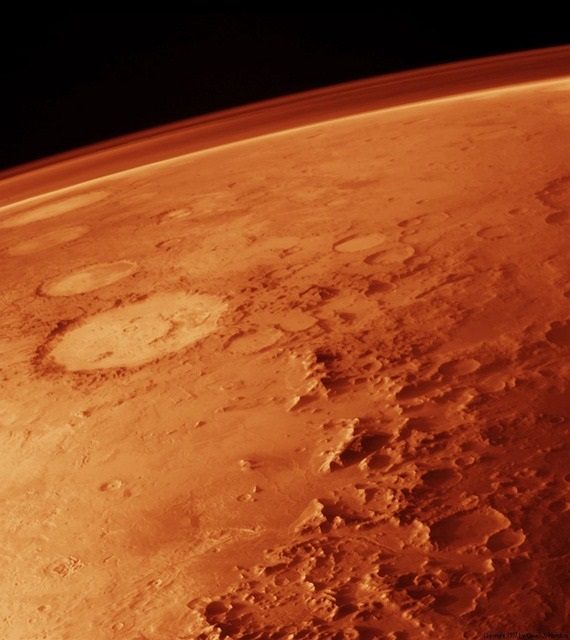 Recently, however, scientists are finding new evidence that surface water was still present on the Red Planet a lot longer after the collapse of its magnetic field and possibly even as recent as in the last billion years. The Thumbprint Terrain is a fascinating area on Mars since it’s on the edge of a large low-lying plane that many scientists believe once held a huge northern ocean. And if the Lomonosov Crater is the actual impact site of the asteroid that caused the mega-tsunami, that means that there was still a huge ocean on Mars around 3 billion years ago. The timeline as to when a water-filled Mars turned into the “Red Planet” may be much more recent than previously thought.