The Bizarre Tale of a Vampire in Croatia

Out in the rolling countryside of the interior of the Istrian peninsula, in the country of Croatia, is a small, sleepy coastal town called Kringa. In modern times it is known for its quaint beauty and traditional stone houses, a place from another era stuck in time and steeped in history. Yet, this place was once supposedly besieged by supernatural terror in the night, in an age when vampires were thought to stalk the dark woods and the undead were very real. Here we can find the history of what is one of the earliest known European accounts of a person being turned into a vampire, and holding the entire village in the grip of terror.

In the 17th century the people of this quaint countryside were rather fearful of a dark entity known as the strigoi, štrigon, or štrigun, which was said to be a warlock or witch believed to feed off the blood of humans under the cover of darkness. When one of these strigoi died, they were believed to arise as an undead revenant to continue their blood sucking ways, and were also known to ominously knock on the doors of houses to herald the death of a family member. The stigoi were said to be particularly fond of the blood of widows, and had the unsettling habit of creeping into people’s beds at night, especially those of young, beautiful women. Far from mere spooky stories these were very real creatures for the frightened villagers of the region, and the legend seems to originate from the tiny village of Kringa. 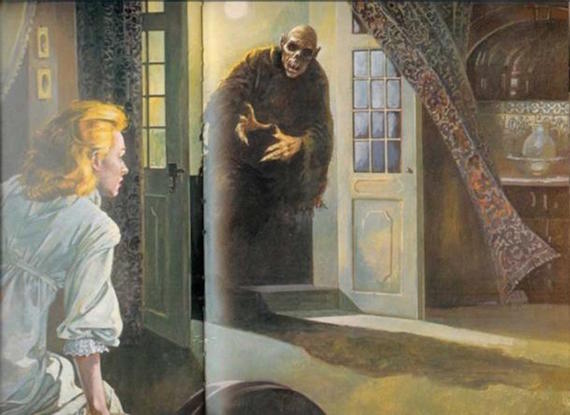 It was here where in the early 1600s there lived a man named Jure Grando Alilović, also known as Giure Grando, born in 1579. Not much is known about Jure Grando’s life, and it seems his legacy lies mostly in his death. In 1656 Grando died of a mysterious illness and was purportedly buried in the town’s cemetery, but it seems that he wouldn’t stay there. People began to tell of a mysterious stranger who would knock on their doors at night, and there were also reports of Grando being sighted skulking about in the gloom, even though he was supposed to be dead. Chillingly, whenever a door was knocked upon by this shadowy figure, someone within the house would fall into sickness and die. One of the most frightening accounts was when Grando repeatedly came at night to his widow’s room to torment, torture, and rape her.

This insidious phantom would supposedly terrorize this quiet village for a full 16 years, and the village priest, a Father Giorgio, allegedly became convinced that this was a supernatural creature called the štrigon, and that Grando was somehow still alive in a sense. Tired of living in fear, the villagers finally gathered the courage to put together a posse to hunt down the štrigon, sharpening hawthorn sticks into wicked spears for the purpose of killing it. In 1672 they went out into the gloomy wilderness to seek Grando out, going to the cemetery where he was supposedly buried to confront him once and for all. They did not have to look long, as the ghastly visage of Grando blossomed out of the night, his face described as gaunt, pale, and looking as if he were simultaneously smiling and choking. The men almost fled in the face of this potent supernatural evil, but were somehow able to stand their ground to face the tall dark form of Grando, who was fearlessly striding towards them through the flickering light of the men’s torches. 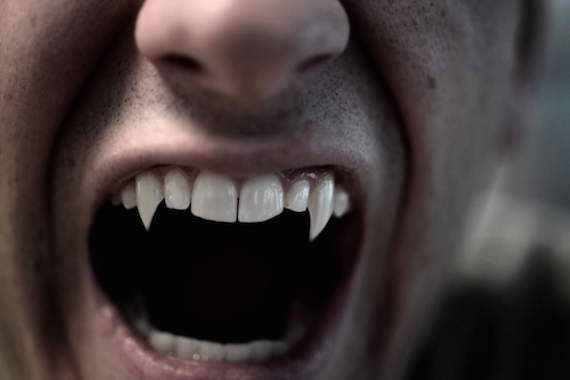 According to the historical record of the account, the men lashed out with their spears, only to find that they would not penetrate Grando’s flesh, merely bouncing off as if he were made of rock, and this was enough to send them scattering away in terror. The next day, Father Giorgio tried a different tactic, opting to take his courageous group to the cemetery during the day and see if they could stop Grando by digging up his grave under sunlight. When the grave was dug up they indeed did find his corpse lying there, perfectly preserved and with a smile on his face, and Father Giorgio then apparently help up a cross and proclaimed, “Look, štrigon, there is Jesus Christ who saved us from hell and died for us. And you, štrigon, you cannot have peace!” They then brought their sharpened sticks down only to find that they still would not penetrate. Out of desperation, one of the village men, a man named Stephen Milašić, hacked at the creature’s neck with a saw and this seemed to work, decapitating Grandon to end his rein of evil. In some versions of the story, the corpse sheds tears and the grave mysteriously fills with blood after the beheading, and it is all rather dramatic and spectacular.

The story of the vampire Jure Grando would go on to become legendary, told in various forms in the writings of Johann Weichard Valvasor, Erasmus Francisci, and Johann Joseph von Goerres, and much of this would form the basis of various European vampire lore in the coming centuries. It definately shaped the Croatian lore on strigoi, and it is widely considered to be among the first historical European accounts of a real person turning into an actual vampire. In modern times it seems that the village of Kringa has fully embraced this distinction as vampires in popular culture have become more pervasive, with the town holding vampire festivals and offering accommodations with a vampire theme to them, as well as selling various vampire-related souvenirs and memorabilia. Indeed, the legend of Jure Grando has become sort of their claim to fame, and vampire tourism remains one of their major sources of income. Whether any of this ever really happened as told or if it is all just pure legend, the story of the nefarious Jure Grando is an interesting historical oddity and a key piece of vampire lore in general.

Lightsabers Next? Physicists Make Hybrid ‘Particles’ That Are Part-Light, Part-Matter