The Bizarre True Story of a Woman From Nowhere

On September 8, 1992, motorists going along a busy street in Port Hueneme, California came across the bizarre sight of a woman dancing about and gesticulating on the lane divider. When she was approached she seemed to mostly ignore everyone, and remained completely silent as she went about her odd dance right there in the middle of the road. Authorities were notified and took the woman to the Ventura County police department, where she would soon turn into a profound enigma of a woman who seems to have come from nowhere, and whose case has never been solved.

The woman looked Hispanic in origin, but there was not much else that could be ascertained from her, and no real clues on her person except for a receipt in her pocket from San Diego, which was a full 200 miles away. She also had $10 dollars in her pocket, a single cultured pearl pendant on a gold chain, and three rings, one of which was a man's pewter school ring inscribed with the words "Inst. Bancario Comm. Latino Americano," and another which was a gold ring with white stones shaped in the letter "S," although what significance these might hold remains a complete mystery. It was thought that she might be homeless, but the jewelry was rather expensive looking and no one knew what to make of her. At the time she was a bit odd, but had not really committed any crime, so she was released, only to turn up dancing along a busy street again soon after, and the officer who picked her up would say of her oddness:

I don't know what the deal is with her. At times she'll try to talk to you using body language, but she was acting real strange. She kept walking into traffic, causing traffic problems.

She was taken in again for her own protection, this time to a homeless women’s shelter, and renewed efforts were made to try and communicate with her and find out who she was, but this would prove to be frustrating at best. The mysterious woman seemed to only be able to communicate through grunts and strange hand gestures that seemed to have some meaning for her, but when studied by several experts from the Greater Los Angeles Council on Deafness turned out to be no known form of sign language and were indecipherable. When given a pen and paper to write things down on, she would only write down seemingly random numbers, letters, doodles, strange cryptic symbols, and other gibberish that had no apparent meaning. When shown maps she seemed to not understand where she was or what they meant, and it was all rather baffling.

In order to see if there was any way at all to communicate with this mystery woman, a communication specialist named Chris Barrows was brought in, and he went about trying to determine her name. After writing his own name down and gesturing to himself, the woman seemed to understand and started drawing letters in the air, which when transcribed spelled out “Lucxi,” which would then turn into her nickname “Lucy.” When shown her apparent name written down, she became very pleased and wildly gestured to herself, so it was assumed this was her name. It was a start.

It would also be ascertained that she was around 23 years old, and she seemed to be trying to communicate that she had had a baby at some point that had been taken away from her, supported by a physical examination that showed she had indeed given birth at some point, and she also conveyed that she had flown on an airplane, but other than this very little could be gleaned from her and it was slow going. Indeed, it was thought that she was deaf because she seemed to show little comprehension of what was said to her in either English or Spanish, although she did not seem to understand American sign language either, and she couldn't she read or write anything except her own name. Indeed, most of the information learned was gathered through just rudimentary charades and gestures. 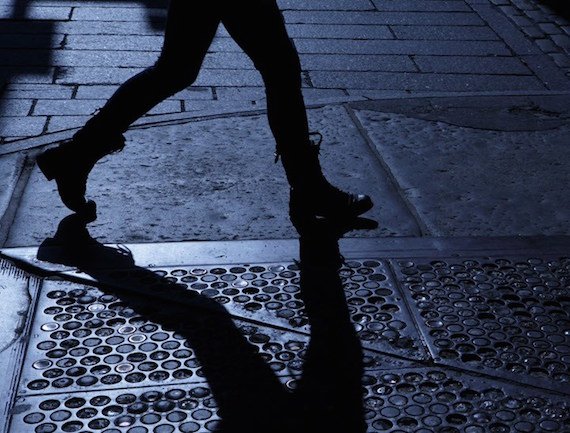 Interestingly, Lucy seemed well-fed and physically healthy, her clothes were fairly new and well-cared for, and she was reasonably clean and able to groom herself and function normally, so it was thought that she was perhaps a mentally disabled woman who had recently run away from home or had gotten lost from her care givers, as how else would she have been able to function and stay so healthy out on the streets when she lacked even the most basic skills to communicate? How could she remain so healthy, full of vitality, and seemingly normal in most respects while living in the streets without being able to talk to anyone at all? It was all very odd indeed, and Ventura County's Nancy Nazario would say of her:

It's an incredibly unusual case. She seems to be bright, but she is functionally very impaired because of her inability to communicate clearly. It's surprising to me this woman is in as good shape as she is.

Yet no one seemed to know who she was. When flyers were sent out and she was featured on the news no one came forward, and even when she was featured on the hit TV show Unsolved Mysteries there was no headway made as to her identity. Mental hospitals didn't know who she was, shelters didn't know who she was, no one did. She was an enigma. Even as the search went nationwide there was no answer as to who she was or where she came from. There were several calls and tips that came in, but none of these led anywhere, and in the meantime Lucy was moved to another shelter and given federal Supplemental Security Income, but then one day she just vanished. 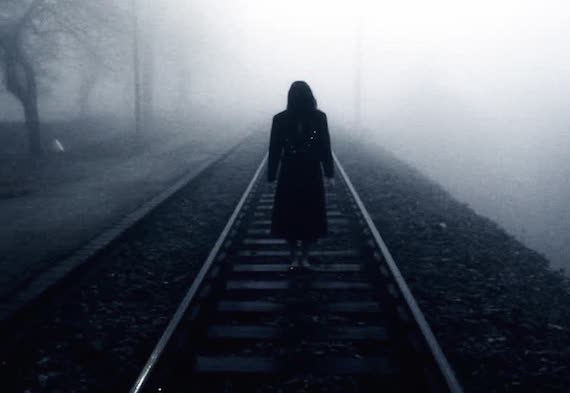 Lucy would end up being found a week later sleeping under some newspapers on a street in the city of Cotati, although no one had any idea of how she had gotten there and she was predictably not able to explain for herself, if she even knew at all. This time it was found that she had a small amount of methamphetamine on her person, which gave authorities the excuse they needed to detain her and once again try to learn more about her, although she wasn’t formally charged with any crime. This time they would find through physical tests that she could indeed hear, but that she had the mental capacity of a 9-year-old. Lucy apparently had been merely pretending to be deaf, although she still had no means of communication that anyone could understand, and showed remorse at this deception, with one care worker saying:

She cast her eyes down after she was told we found out. She tried to explain her story again in a primitive sign language that she uses, a lot of motions and hand gestures. I told her that we loved her and that we still wanted to help her. She just cast her eyes downward and looked embarrassed. When I further tried to talk to her, she pretended she didn't understand-or she really didn't.

There has been some skepticism aimed at the whole thing, with accusations that she faked it all to get special treatment or fame, yet many experts remain convinced that she posed a genuine mystery. In more recent years it has been claimed that as of 2014 the mysterious Lucy is living on the streets of Santa Paula, California, and that she has managed to learn some broken English, but her identity is still a mystery that has never been solved. Who is Lucy? Where did she come from and why doesn't anyone know her? Why can't she communicate at all, yet turned up in good health? Why is it that she turned up out of the blue dancing along that street, as if conjured up out of nothingness, and what do all of the little clues surrounding her mean? For now no one knows, and perhaps we never will.

The Curious “Craters” of Río Cuarto: Ancient Impact Features, or Something Else?