The Controversy of the “Secret Space Program”

Even a brief surf of the Net will show that there is a great deal of information on what has become known as the "Secret Space Program." Much of it is made up garbage, created and promoted by nuts and charlatans. But, not all of it. Are powerful people controlling our access to what is known about outer space and the possibilities of alien life? A study of the available data strongly suggests the answer is a definitive “Yes!” Taking things even further, there are good, solid indications that some secret element of the government is clandestinely running a secret space program. When, on July 20, 1969, NASA astronaut Neil Armstrong took his first steps on the surface of the Moon, it began a new era in the United States’ space program. Further manned missions continued until 1972. Plans were formulated to establish a permanent, manned base on the surface of the Moon. Then, in 1973, NASA launched its first space station, Skylab. Eight years later, the Space Shuttle was unveiled. Today, however, things are very different. NASA no longer has a manned space program. The only way for U.S. astronauts to head into Earth orbit, and spend time at the International Space Station, is to hitch a ride with the Russians. What went wrong?

Some say that nothing went wrong. Rather, the theory is that although NASA’s manned space program is largely no more, there exists – maybe deep within the heart of the military – a secret group that is running a clandestine space program. We might even be talking about highly classified return missions to the Moon, and possibly even secret flights to Mars. Is a powerful group controlling what we know – or don’t know – about the secrets of outer space? Yes. UFO authority Richard Dolan says: “Over the years I have encountered no shortage of quiet, serious-minded people who tell me of their knowledge that there is such a covert program. Are there bases on the far side of the Moon? I do not know for sure, but I cannot rule it out.”

One person who is convinced that there is a secret space group is Gary McKinnon, a British man who had a ufological Sword of Damocles hanging over his head for the best part of a decade, after very unwisely deciding to hack the US Government for secrets of the UFO kind in 2001. According to McKinnon, while wholly illegally surfing around classified systems of both NASA and the U.S. military, he came across a list titled “Non-Terrestrial Officers.” McKinnon said of this discovery: “It doesn’t mean little green men. What I think it means is not Earth-based. I found a list of fleet-to-fleet transfers, and a list of ship names. I looked them up. They weren’t U.S. Navy ships. What I saw made me believe they have some kind of spaceship, off-planet.”

McKinnon was not the first to hint at the idea of a secret space group, however. As an experienced hacker of numerous computer systems, Matthew Bevan took the decision back in 1994 to uncover the long-rumored “crashed UFO” secrets of Wright Patterson Air Force Base, Dayton, Ohio. Stressing that Wright-Patterson was “a very, very easy computer system to get into,” Bevan was utterly amazed to uncover astonishing information relating to a top secret project to design and build a truly extraordinary flying machine of UFO like proportions. “The files,” Bevan said, “very clearly referred to a working prototype of an anti-gravity vehicle that utilized a heavy element to power it. This wasn’t a normal aircraft; it was very small, split level, with a reactor at the bottom and room for the crew at the top.”

Having accessed and carefully digested the fantastic information, Bevan duly exited the Wright-Patterson computer banks and began to doggedly search just about here, there and everywhere for the alien answers that he sought, including the less than secure computer systems of NASA itself. Bevan had got into the systems, he had carefully read the files, and he had then made good his escape, all without any form of detection whatsoever. Or, so Bevan had assumed was the case. History, however, has shown that Bevan’s initial assumptions were very wide of the mark. For approximately two years there was nothing but overwhelming silence. Then, on a particular morning in 1996, everything suddenly changed drastically in the life of Matthew Bevan. At the time when things began to go distinctly awry, he was working for an insurance company in Cardiff, Wales, and on the day in question he was summoned down to the managing director’s office. 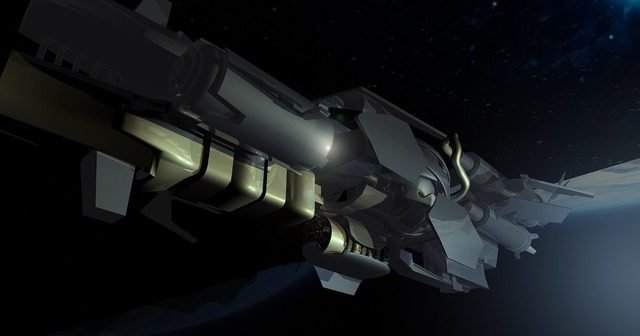 On entering the room, Bevan was confronted by a group of men in suits who seemed to practically ooze intimidation. Bevan recalled what happened next: “One of the men outstretched his hand and I shook it.”

The man identified himself as being with Scotland Yard’s Computer Crimes Unit: “I’m placing you under arrest for hacking NASA and Wright Patterson Air Force Base.’” Bevan was in deep trouble. On being taken to Cardiff Central Police Station, the line of questioning became decidedly curious and worthy of an episode of The X-Files: “What does the term Hangar 18 mean to you?” Bevan was immediately asked, in stern and intimidating tones.

“That’s a hoarding place for alien technology,” he replied, in a quite matter of fact fashion.

Bevan’s recollections of that exchange were more than eye-opening. “Throughout the interview, they kept coming back to Hangar 18: Did I see anything on the Wright Patterson and the NASA computers? Did I download anything? Well, when they asked me if I saw anything, I said: ‘Yes, I saw emails talking about an anti-gravity propulsion system.'” Needless to say, this did not go down too well, at all, with Scotland Yard’s Computer Crimes Unit, as it was known back then. Bevan correctly realized that he was in very hot water with the authorities, and a date was subsequently set for a hearing at London’s Bow Street magistrate’s court. But: it was not just Bevan, his defense, and the prosecution who were present at the trial. There was also a man present representing the interests of the U.S. Government and NASA.

A curious exchange occurred when the man took the stand – as Bevan remembered only too well. “As the hearing continued, the prosecution asked him what the American Government thought about my motives regarding my hacking at NASA and at Wright Patterson.” 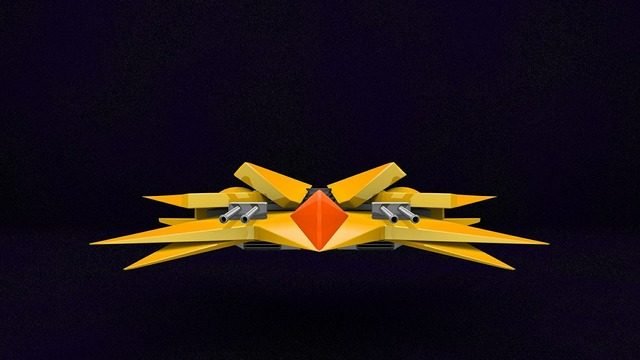 The man replied: “We now believe that Mr. Bevan had no malicious intentions and that his primary purpose was to uncover information on UFOs and Hangar 18.'”

Bevan said: “Well, everyone had a bit of a laugh at that point, even the judge; however, when the prosecution asked: ‘Can you confirm if Hangar 18 exists or if it’s a myth?’ the man said: ‘I can neither confirm nor deny as I’m not in possession of that information.'”

The final outcome of the affair was that the case against Bevan completely collapsed. The magistrate overseeing the matter stated in no uncertain terms that a jail sentence was utterly out of the question, and that any financial punishment he might be able to impose upon Bevan would be meager in the extreme. Coupled with the fact that neither NASA nor the American Government as a whole was willing to divulge any and all information concerning the contents of the material on the Wright Patterson computers to the British court, and the cost of prosecuting the case was perceived as being as high as $10,000 a day, the prosecution grudgingly elected to offer zero evidence. Bevan’s last word on the matter: “Although I didn’t print or download anything – I read it all online – I know what I read: America has a secret space plane.”

The Sinister Pele’s Curse of Hawaii