Sitting between the cities of Los Angeles and West Hollywood is Beverly Hills. Starting as a humble Spanish lima bean ranch back in the early 1900s, the city has gone on to blossom and be glamorized, held up as a shimmering place of movie stars, models, and the image of wealth and opulence. It is a place of palm trees, sun, and stars, but it also holds some rather eerie pieces of lore, and one of those is a place here that is said to be possibly infused with dark, insidious forces that lash out to claim victims.

At first glance the small residential area between North Whittier Drive and North Linden Drive looks pretty much like any other upscale, well-to-do neighborhood in Beverly Hills. The houses are big, the cars are nice, and it seems like it would be a pretty good place to live if you could afford the millions of dollars that a home goes for here. But this unassuming corner of the city has had a rather long-running string of high profile tragedies, freak accidents, and murders in such a small area that it seems to almost defy mere coincidence, and some would say it is even cursed. 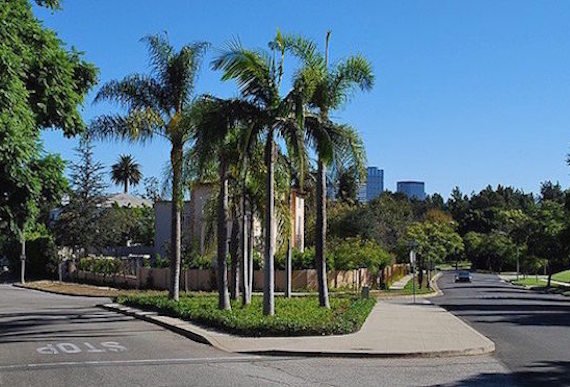 It seems like the awakening of evil in this normally glitzy, elegant place began back in 1946. It was in this year that billionaire business tycoon, philanthropist, aviator, filmmaker, and well-known eccentric and later oddball recluse Howard Hughes took off in his XF-11 plane on a flight over the Los Angeles area. Hughes was a seasoned, veteran pilot and this was to be a routine flight, but as he approached Beverly Hills he experienced engine troubles and decided to come in for an emergency landing at the Los Angeles Country Club. However, despite his piloting expertise he was unable to make this target, and instead came down right into this residential area to spectacularly crash into a row of houses right there on Whittier Drive. Hughes survived the accident, but he suffered injuries and burns that would haunt him throughout his life. It also did seem rather odd that such a renowned pilot on a routine flight should come down to smash right into the middle of Beverly Hills.

While Hughes lived, the next incident in the same area would have a more tragic end. In 1947, the very year after Hughes’ crash, we have the violent death of the infamous gangster Benjamin "Bugsy" Siegel. The charismatic Seigel was one of the most feared mobsters of his era, instrumental in developing the Las Vegas Strip, and was a founding member and leader of the notorious organized crime groups Murder Inc. as well as a very active bootlegger during Prohibition. Handsome and charming, he was a high profile “celebrity gangster,” who had enemies all over the place, which may explain what happened next.

On June 20, 1947, Seigel was at the Beverly Hills home of his girlfriend, Virginia Hill reading a newspaper when someone opened fire from the street outside with a barrage of bullets right through the window. Seigel was hit by five of the nine bullets, twice in the head to blow his eye right out of its socket and send him sprawling out onto the floor of the mansion very dead. The shooter escaped, was never caught, and both the killer’s identity and the actual motive remain unsolved mysteries. Rather spookily, this murder happened just right across the street from where Hughes had crashed his plane the year before.

The “curse” would lie dormant for a couple of decades, and then rear its head again, when another of the city’s high-profile tragedies would hit right there on the same road as both of the previous incidents. In 1966 William Jan Berry and Dean Ormsby Torrence were known as the popular music duo Jan and Dean, and at the time they were at the height of their popularity. The twosome were the true pioneers of the California Sound and vocal surf music styles that would later be popularized by the Beach Boys, and are perhaps most famous for their hits Surf City, Drag City, and Dead Man’s Curve. This last one would be rather prophetic in retrospect.

On April 12, 1966, Berry was taking a drive to a business meeting not far from the real titular “Dead Man’s Curve” on Whittier Drive, near the intersection of Sunset Boulevard in Beverly Hills, when tragedy struck. The musician was driving along in his corvette when he somehow managed to smash at full speed into a parked truck, receiving horrific head trauma that would put him into a coma for the next two months. Although he would survive and eventually return to music, his injuries left him permanently disabled with parital paralysis of his right arm and he would never be quite the same again. Interestingly, this crash happened within a block of where Hughes had crashed and Seigel had been murdered. Dark coincidence or something more? 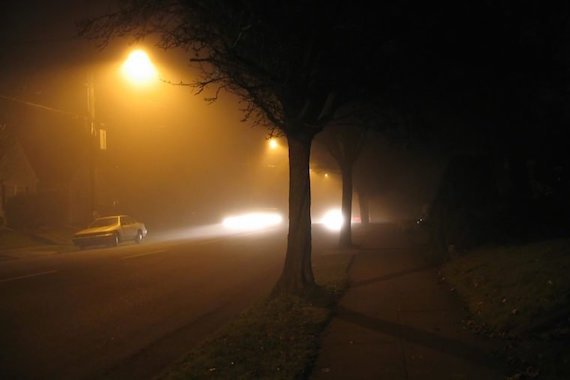 More recently in 2010 there is the mysterious death of the hotshot entertainment publicist and Academy Awards director Ronni Sue Chasen, who had represented some of the biggest names in Hollywood. On November 16, 2010, Chasen was driving home from the premiere of the film Burlesque and found herself passing the corner of Sunset and Whittier when she was fired upon by an unidentified assailant in what is thought to have been a random act of violence. She would die after being hit and then slamming on the accelerator to escape and ramming her vehicle right into a streetlight. The wrecked car would come to rest just across the street and slightly to the right of the home where Bugsy Siegel was murdered, and also practically right next to where Berry had had his accident and where Hughes had crashed.

It is a bit odd that these various freak accidents and strange, unsolved deaths, all of which comprise some of the worst and highest profile tragedies in Beverley Hills history, should happen within this one confined spot, but is it just dark coincidence or is there something more sinister at work? Interestingly, the area, which has come to be rather ominously known as the “Beverly Hills Triangle,” has been claimed by some psychics and paranormal investigators to be brimming with negative energy and an overwhelming sense of pain and suffering, so could there be something about this place that draws tragedy to itself? Whatever the case may be, this one corner of one of the most upscale and wealthiest cities in California remains a dark piece of lore beneath all of the glitz, movie stars and models.