The Impenetrable Mystery of the Death of Sherlock Holmes’ Biggest Fan

It seems that there are those times when life truly does imitate art. These are the cases in which real life mysteries seem to be inextricably linked to artistic endeavors upon the canvas, page, or screen, and such mysteries have been around since time unremembered. One of these must surely be the mysterious death of the world's most eminent researcher of the fictional character Sherlock Holmes, whose passing and its myriad bizarre clues remain unsolved and which seem perfect for a Sherlock story in and of themselves.

The whole odd tale revolves around a man by the name of Richard Lancelyn Green, who was a British scholar, author, and who really, really liked Arthur Conan Doyle’s Sherlock Holmes in a major way. Indeed, he had devoted much of his life to studying Doyle’s works and collecting vast amounts of anything Sherlock-related, and he was widely thought to be one of the world’s foremost experts on both Doyle and the character Sherlock Holmes. He was responsible for publishing the very first collections of some of Doyle’s more obscure, unpublished works, he was the chairman of the Sherlock Holmes Society, and he had perhaps the world’s most extensive and impressive private collection of Sherlock Holmes-themed memorabilia, now held at the Portsmouth City Museum. He was also absolutely consumed and obsessed with trying to compile the definitive biography of Conan Doyle, something that had eluded the most brilliant of scholars for years. Yet Green is perhaps best known for his mysterious death, which also might be entwined with his love of Sherlock Holmes and which has remained unsolved to this day.

At the time, Green had been on the trail of the mysterious missing archives of Conan Doyle, a collection of his letters, diary entries, journals, manuscripts, and various other private papers that had mysteriously gone missing in the wake of Doyle’s death in 1930, and which no one had been able to find since. Indeed, this mysterious collection had long been rumored to even be cursed, and it is all rather a mystery in and of itself, but it gets stranger when Green got on the case. He had been doggedly pursuing this lost collection for years, and in late 2003 the trail had led him to London, where he had located Arthur Conan Doyle’s youngest child, Jean Conan Doyle, who he became quite close with and who had shown him some material in boxes that Green was convinced was at least part of the missing collection he sought. Doyle couldn't show it to him quite yet, but she told him that she had been preparing to donate all of it to the British Library, yet shortly after this she died and it seems that the donation never went through, leaving the material in limbo and its location once again unknown.

Green closely followed developments, that mysterious box of documents featuring heavily in his every waking thought, and he was shocked to learn that the collection was being prepared to be auctioned off to private collectors at a Christie’s auction. Green was convinced that if this sale was to go through the papers would never see the light of day, and would be forever denied proper research by devoted scholars such as himself. He subsequently vowed to do everything in his power to keep the auction from going through, as he felt they deserved to go to the British Library as planned, and it was here where he would begin to unravel a bit, spinning into a dark domain of paranoia and conspiracies that would derail off into chaos.

In the days surrounding his unsuccessful bid to stop the auction, Green began to tell his closest confidants that he believed he was being followed by shadowy forces, in particular an American he had seen on numerous occasions tailing him through the misty streets of London. He also believed that his flat was bugged, to the point that he refused to discuss anything with visitors inside, instead making them talk out in the garden. Green also sent his sister, Priscilla West, a cryptic letter containing three phone numbers and a message scrawled down on a piece of paper reading, “Keep these numbers safe.” His behavior grew more wild and erratic, and he apparently even went to far as to tell The London Times that he feared for his life and that there was a good chance something bad was about to happen to him. His sister would later tell The Observer of this dark time:

He was clearly very stressed about these papers. He made clear to me he felt some papers going on sale at Christie's should be in the British Library. He became delusional. He said he felt the world was "Kafkaesque". Certain people were doing what he wouldn't expect, certain people were not doing what he'd expect and so on. He said he hadn't slept for several nights. At one point he said he wasn't sure I was me. 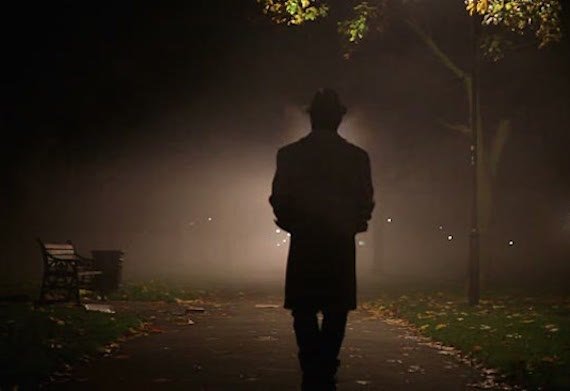 It was this concern and a strange recording of an American voice on Green’s answering machine that caused West to visit Green’s flat on May 24th, 2004, and she would find that his fears had grimly come to life. There, face down on his bed and eerily surrounded by stuffed toys and a half-full bottle of gin was the dead body of Lancelyn Green. Around his neck had been tied a shoelace, which had been tightened with the use of a wooden spoon to garrote him to death, and other than that there were no real clues to what had happened here. The flat had no signs of forced entry, nothing had been stolen, there was no trace of any sort of struggle, and it was partially due to this that it was officially thought to be a suicide, although the coroner would deem it an open verdict and could not rule out foul play. Had this all been been a bizarre suicide, perhaps staged to make it look as if he had been murdered? Why would he want to do this? Thus would begin another weird chapter of the tale.

There was much speculation about the suicide angle. Some Sherlock Holmes fans were quick to point out that there was a Sherlock Holmes story called The Problem of Thor Bridge, which features a woman who elaborately kills herself in order to implicate a rival for her husband’s affection, so it was thought that Green may have emulated this to some extent in order to smite someone, even going so far as to set up a trail of false clues along the way. In this scenario, Green staged the whole thing, with every clue and piece of evidence meticulously planned out ahead of time for reasons we might never understand in order to stage the perfect mystery in death. 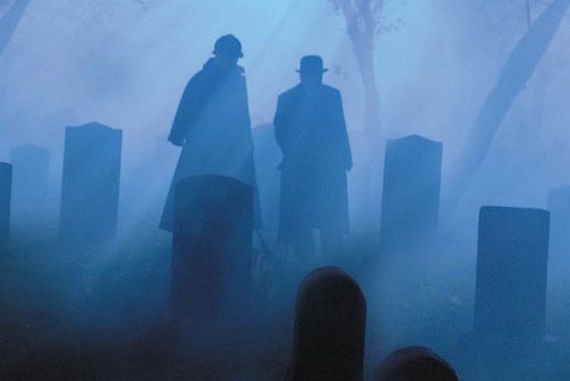 Yet, Green’s close friends and family could not accept that he would have wanted to commit suicide, especially when he had been so absorbed in his crusade to stop the sale of those Doyle documents. It was also pointed out how difficult it would have been to garrote oneself to death with a shoelace and wooden spoon, of all things, and considering the ominous warnings Green had been giving in the weeks leading up to his death it seemed this was more along the lines of foul play and murder than a suicide. One of Green’s close friends and fellow scholar, Owen Dudley Edwards, has said:

I don't think my friend committed suicide. He was absolutely devoted to his mother and he would have done anything rather than put her through the incredible grief she's been caused. Not all the circumstances of the death are consistent. He had finished a dinner with wine, yet when he was found dead there was a bottle of gin with him. You don't combine the two and he wouldn't have done so. There are other things. He was garroted with a bootlace, yet he always wore slip-on shoes.

Nothing can be said with any certainty, but the balance of probability is in favour of his being murdered. It is possible he might have been influential in preventing the sale from going ahead. That is the most obvious motive for murder, but there are others we might not know of. It is possible somebody who had something to fear might have decided he was better out of the way. We can't go any further than that. 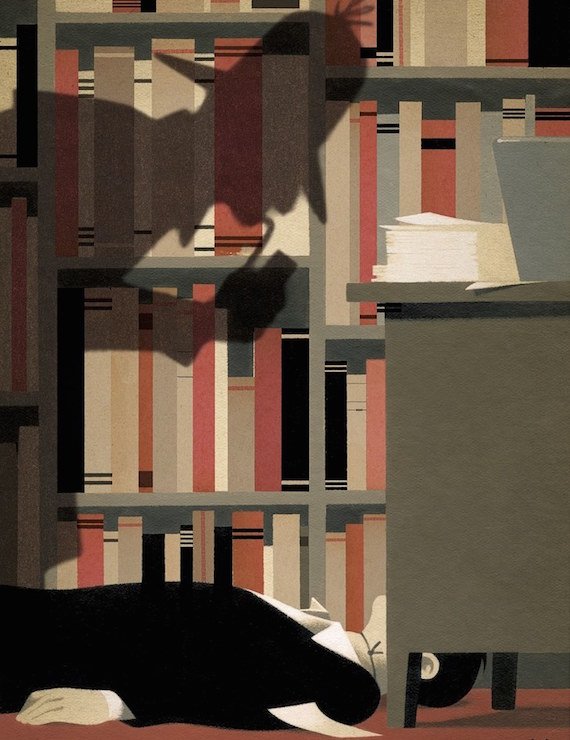 Indeed, it would come to light that on the very evening before his dead body had been found Green had been out to dinner with his friend Lawrence Keen and had become terrified of a car that had been parked behind them, saying it was the ones out to get him. If it was murder then who could it have been? Was it someone who wanted to get him out of the picture for trying to stall the sale of the papers? Could it have even been someone from the Doyle estate? There are really no clues either way, and even the phone numbers Green had left with his sister in confidence to “keep safe” proved to be merely the phone numbers of reporters and one for Christie’s. The American voice on the answering machine that had been cause for alarm turned out to be the default pre-recorded setting for that brand of answering machine, and provided no clues either.

Other theories abound as well, ranging from that this was actually a case of sexual asphyxiation gone awry to the idea that he had been assassinated by agents from the American government, hence the American man Green had been so sure was following him, but there has been no real evidence towards any of these disparate theories. There has even been talk of the paranormal, with Green being another victim of the Arthur Conan Doyle “curse,” which is said to bring death and misfortune to anyone who tries to dig into the author’s mysterious past. So what are we dealing with here? Was this a murder? Was it the result of some nefarious curse that hangs over Doyle's legacy? Or was it perhaps the doing of a man obsessed with Sherlock Holmes orchestrating a mystery that would make his hero proud? As it stands, Green's death has never been solved, and it might just take Sherlock Holmes himself to get to the bottom of this baffling mystery.