The Mysterious Spook Light of Arkansas

Out in a rural, remote area of the U.S. state of Arkansas, at a small town called Gurdon, in Clark County, about 75 miles south of Little Rock and a few miles off Interstate 30, is a deserted stretch of railroad track just outside of town near the Sandy Creek cemetery and paralleled by a dusty, pockmarked dirt road that would not look out of place in some horror movie. If you are to come here to this forgotten place and walk along the tracks to a specific spot just before where the tracks cross State Road 53, you may be treated to quite an outlandish sight. Coming through the gloom ahead you might notice a bobbing white orb of light, sometimes bluish green and at other times a reddish orange, with a very defined and clear shape, which will hover and float along about 3 feet over the railroad tracks before veering off and flickering out. What you are seeing is a persistent phenomenon that has been witnessed by hundreds of people, and what has come to be called the “Gurdon Spook Light” has become entwined with the fabric of the local folklore, and is one of Arkansas’s most well-known paranormal mysteries.

The most persistent tale surrounding the origin of the mystery light is that it is ghostly in nature. The Encyclopedia of Arkansas History holds the tale of a railway foreman named Will McClain, who in December of 1931 was murdered by a worker he had fired named Louis McBride. The disgruntled McBride apparently ruthlessly killed McCain with a pickaxe or spiked maul, after which he placed the body on the tracks for it to be cut in half by a passing train. Police would arrest McBride, find him guilty, and have him executed by electric chair in 1932, and it was not long after this murder that the mysterious light began appearing, hence the idea that it is actually the spirit of McClain, carrying the lantern he had used while working on the tracks. 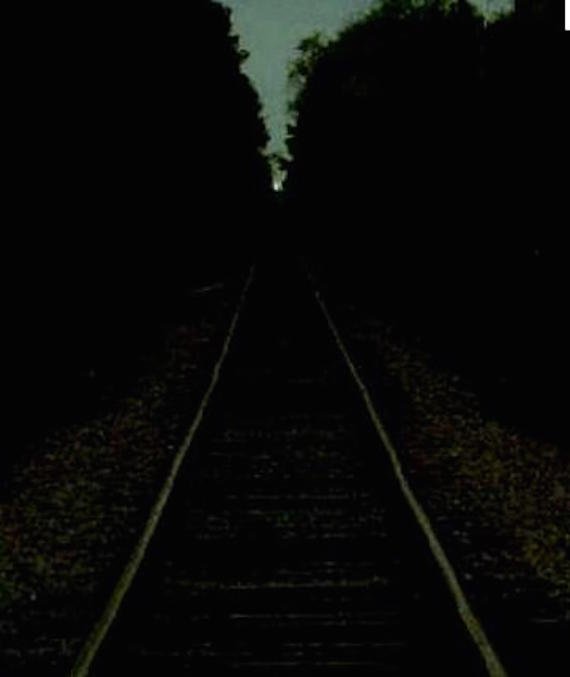 While the the players and murder are a real part of history, what is not clear is whether this is really a ghost or not. Nevertheless, it is from that point that the light became entrenched in the area’s lore, and would be sighted by numerous people, starting with a conductor who said that he was followed by an orb of light for several miles before it suddenly shot straight up into the air. The light has gone on to be seen very frequently and regularly, to the point that the trail leading out to where the tracks are has become quite well-defined from all of the curiosity seekers who come here to see it. Many of the locals have seen it so often that it is just sort of a part of the landscape, and one local named Robert Nunnally has said of it:

I grew up in Gurdon, and have seen the light many times. It tends to appear as a colored spherical light, hovering in a ghostly or space alien way in mid-air. The legend surrounding the light is that a headless railroad man, victim of a revenge murder, hunts for his head with a lantern. The phenomenon transcends the legend, though, as the experience of seeing the Gurdon Light is both frequent and unusual -- a natural roadside attraction of the highest order.

The phenomenon has been covered on a November 1994 episode of Unsolved Mysteries and it has gone on to generate quite a lot of interest and debate over the years. That the light does indeed exist is not really disputed, but what it is depends largely on who you ask. Besides the ghost theory, there is also the idea that what people are seeing is simply headlights off on the nearby I-30, but this explanation is problematic as the phenomenon had been seen since long before the interstate was there. There are also many trees and hills standing between the interstate and the location of the light, and in an article for the Arkansas Gazette a local graduate student researching the light said of this theory:

The nearest interstate to the tracks is about four miles away, and a large hill stands in between the tracks and the interstate. If the light was caused by passing headlights, it would have to be refracted up and over the hill to be visible on the other side.

Swamp gas, which is a highly combustible gas produced be decomposing vegetation, has also been offered as a possibility, but this could not account for the light being seen in very windy conditions, and it fails to explain why it is always such a well-defined orb and why it is only ever seen in this one place. It could also be due to the high concentration of quartz in the area releasing some sort of electrical charge, but how would this explain the shape, movement, and almost intelligent behavior the spook light is said to exhibit, as well as the sheer frequency with which it is seen and its limited area? It has also been offered that it is a mirage, but a physics professor named Dr. Charles Leming thoroughly studied the light without ever finding an answer, and he claimed that through filters the Gurdon Light did not polarize as a mirage would be expected to do. He also found that it produced no electromagnetic current and is always the same size and shape no matter what the atmospheric conditions are. So what could it be? Who knows? One witness has said of the light:

A ball of yellowish light will almost always appear, hovering over the tracks. The light seems to be about the size of a basketball, and around fifty yards away. If you walk toward it, the light will receed away from you or disappear, sometimes reappearing behind you. I myself have seen it, and believe me when I tell you that it is not a hoax, a mirage, or "reflected light"... something very strange is going on in Gurdon. A great "X-files" style road trip destination.

What is going on here? There has been no completely satisfactory consensus on it all, and the only way to really know is to go out there and check it out for yourself. If you do plan on going, please do go in prepared, as it is said that the trestles or the railway are perilous, the terrain is harrowing and rocky, and it is completely pitch black and wild out there. For the time being, the spook light of Gurdon remains a perplexing mystery and regional phenomenon that has so far defied any concrete answers, and it continues to be regularly seen right up to this day. What is it? Is it a ghost, a natural phenomenon, or something else. No one really seems to know, and it continues to bob along out there in the wilds as it has for years and may do for many more.