The Mysterious Vanishing of Rhianna Barreau

October 7, 1992 began like any other usual day for 12-year-old Rhianna Barreau. Her mother, Paula Barreau, got ready for work, kissed her daughter goodbye, and headed off at 8:30 AM from their peaceful home in the suburb of Morphett Vale, South Australia. It was looking to be a rather good day, actually, because Rhianna was in good spirits that day, as she had been excited about a pen pal she had made in the United States, and she had on that day been planning to go down to the nearby shopping center to buy a Christmas card. Unfortunately there was a bus strike at the time, so the girl told her mother that she would instead walk to a nearby news agency. It was a safe neighborhood and the shopping location wasn’t far, so there was no reason to think that anything could go possibly go wrong, and Rhianna’s mother certainly did not have the slightest idea that hugging her daughter that morning would be the last time she ever saw her, or that Rhianna would go on to become one of Australia’s most perplexing unsolved mysteries.

Paula would return from work at 4:10 PM to find the front door locked, the TV blaring in one of the rooms, a record that had been carelessly sort of thrown on the floor, other items out of place, and the Christmas card set upon the table. By all appearances it seemed that Rhianna was at home, but a quick look through the premises showed no other sign of the girl and since none of her belongings were missing this was quite strange. It was not usual for Rhianna to stay out so late without saying anything to anyone, so it was definately odd, but she had obviously been home from her shopping trip, and it seemed as if she had just stepped out for a second. Concerned but not really panicked at this point, Paula called up some of her daughter’s friends and asked around with some neighbors, thinking she had gone to a friend or neighbor and lost track of time but no one had seen her. By 6 PM Paula was getting increasingly worried, and it was then that she would contact authorities to declare Rhianna missing.

Police would look into it and start to get a picture of Rhianna’s movements during the day. They discovered that she had been seen leaving her home and walking towards the shopping center at 10:30 AM, and that she had made it to the shopping center and purchased the card at 11:19 AM. She had then been seen by witnesses alone cutting through both Morphett Vale High School and Stanvac Primary School along Highway Dr. while holding a small shopping bag at 12:30 PM, but after that her movements are murky, and this would be the last known confirmed sighting of her. It does seem that she had made it back to her home safely, but at what time or what had happened after that were complete mysteries, and still are.

And so began a massive law enforcement effort to find out what happened to young Rhianna Barraeu, with countless fliers sent out and the story splashed all over the newspapers and TV, as well as a reward for any information that would climb up to $1 million, and although there were hundreds of calls from people giving tips and leads it did little to illuminate the mystery. It seemed as if Rhianna had simply stepped off the face of the earth. One of the only useful pieces of information that would turn up over the ensuing weeks was a witness who claimed to have seen the missing girl standing alone at an intersection around 500 meters from her house just 10 minutes before her mother had come home, but this cannot be confirmed and ultimately led nowhere. There was also information dug up on supposed “suspicious activity” from a white car seen in the vicinity with Victorian plates and a single male within it, but the neither the vehicle nor the driver have ever been located by police, and what connection they might possibly have to the vanishing remains unclear. That is about all that was known then or now, and Rhianna Barreau has never been found or seen again. 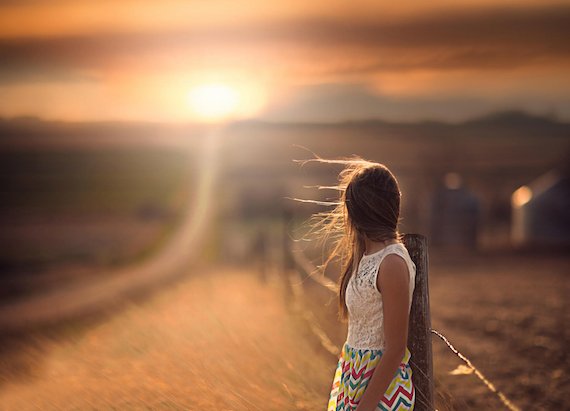 In the absence of any clear answers theories of course abound. Considering that the house was locked, that there had been no sign of a struggle, nothing was missing, and the girl had obviously returned home from her shopping trip, one idea is that she might have been abducted by someone she knows and felt safe with. In this scenario she might have been lured away by this person, after which she had been forcibly whisked away and quite probably murdered. One detective on the case has said of this:

She does appear to have left the house in an orderly manner. There was no break and enter, there wasn’t a struggle and the house wasn’t a mess. There is an absence of any neighborhood disturbance, screams, anything like that in that vicinity that day. It certainly opens up the possibility she may have known the person or had some reason to be comfortable with that person maybe. That is one possibility we are looking at. I would assume if she was on the street there would have been someone in the vicinity who would have heard that. My feeling is it was somebody she knew. That's what I can't understand.

The lack of any sort of evidence of violence or a disruption is certainly a curious detail of the case, as is the detail that she had locked the door behind her on her way out, although considering the disarray of the record collection and the record discarded on the floor it seems she may have been a rush, although as to why this might be no one has a clue. Another idea is that she might have left the house on some unknown errand, which would explain why she had locked the door, and then been abducted by someone she didn't know after that, perhaps a pedophile or other nefarious party while she was gone. This would also shed light on the alleged sighting of her on that intersection, but why would she be out there? Was she waiting for someone? If so who and why? Also, if this were the case why would there be no witnesses to it at all? Someone could have also come to her home and snatched her when she answered the door, but if this were the case why would the door be locked and why wouldn’t any neighbors have heard or seen a struggle of any kind in this quiet, suburban neighborhood? There had been no reports of anything out of the ordinary that day and no sightings at all of the girl leaving the house, so it seems odd to say the least. 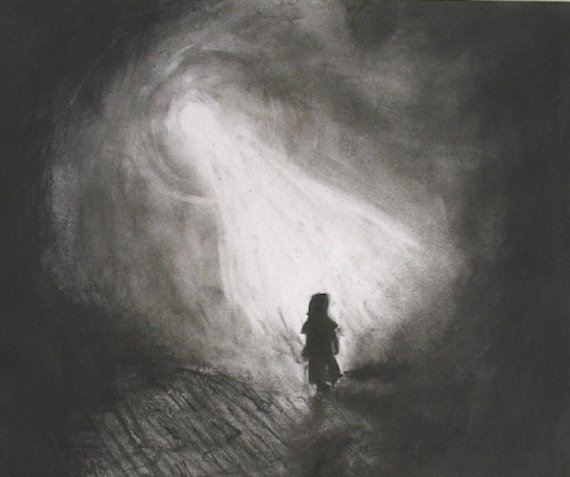 There is of course the idea that she may have just run away from home of her own volition, but there is absolutely nothing in Rhianna’s history or personality that suggests she would do such a thing. She was by all accounts a responsible, law abiding girl, was happy with her life, and respected her mother. Indeed, it is believed the girl would not have even left the house without asking her mother first. She simply does not fit the profile of a runaway, and one investigator has said of this:

It was just too clean cut. We looked into her background in the initial stages and found she was not an adventurous girl, she was a family girl and could be trusted. She didn’t have a boyfriend, would not have run away, so the more we learned of her family history I was convinced she had met a terrible fate.

What happened to Rhianna Bareau? Where did her path lead her that fateful day? How is it that no one saw her for half of a day or witnessed anything happen to her in this quiet suburb? Was she kidnapped, murdered, led away? If so then by who? Why was her house left intact and locked as if she were coming back any minute? Did she leave on her own to never come back for reasons we will never hope to fathom? No one really knows, and her tragic case remains unsolved.