The Mystery of Crow Funerals

Can animals mourn their dead? Do they recognize when one of their own has fallen and give it thought? Us humans like to think we are pretty special, sitting high and mighty above the "animal world" below us. We like to think that we are pretty damn unique, and that it is only us who display any sense of recognizing and fearing death, even mourning it, but there just so happen to be other animals that possibly do this same thing, and one of these is perhaps quite a surprise, as it turns out that crows show bevahior that is perhaps quite similar to our own mourning practices.

Some of the most intelligent animals on our planet are a group of birds called the corvids, which include crows, jays, magpies, and ravens. They have demonstrated teamwork, complex social behaviors, advanced problem solving, the ability to hold grudges, an uncanny ability to recognize faces, and even tool-using, all to a spectacular degree that shows remarkable cognitive capabilities that we are learning about all of the time, but one very mysterious behavior among especially crows that has long held a certain macabre quality to it is their tendency to hold what are called “crow funerals.” Whenever one of their own species dies, other crows in the area will flock to the scene and linger about the corpse, squawking loudly and refusing to leave, in a strange gathering that has long been suspected to be some sort of mourning ritual and contemplation of their dead being carried out by the animals. 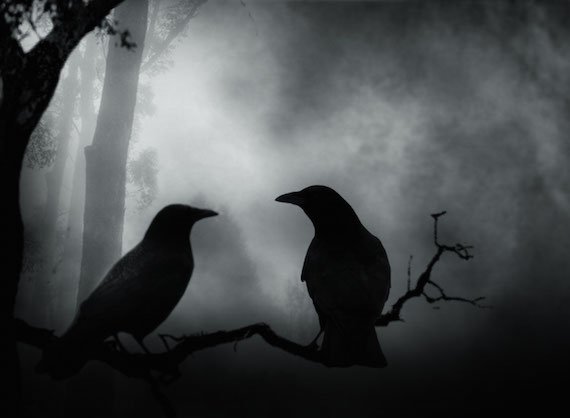 This has long been a perplexing mystery for scientists, and although this “funeral” behavior is still not completely understood there have been efforts to get to the bottom of it, and try to ascertain if these birds are indeed mourning their dead or if it is something else. Perhaps the most in depth research on the phenomenon has been carried out by a team led by Kaeli Swift, a PhD student in environmental science and biologist John Marzluff, both of the University of Washington, and who together carried out a two-year study to try and figure out what is going on here. One of the first things they found was that, unlike many animals, crows actually recognize the concept of death, understand that one of their own has died, and react to it in some pretty potent and interesting ways.

It was already known before this experiment was carried out that crows have an incredible ability to not only recognize and indefinitely remember individual human faces, but to also teach other crows about those faces, especially if they are considered a threat. This was brought to light in 2008 by Marzluff, who devised an experiment wherein volunteers in cavemen masks would harass crows, whereas others in Dick Cheney masks would feed them. It did not take long at all for the crows to display aggressive mobbing behavior towards the “cavemen,” even individual crows who had never seen the cavemen before and regardless of whether they were engaging in threatening behavior at that moment, indicating that some sort of social learning was going on, and the crows would remember for years. This was seen as a useful trick for efficiently sifting out who was a threat and who meant to give food, but it was not known just how deeply this went until he and Swift teamed up for their new study.

To test this out further, the team set up an experiment that began with Swift leaving out food for the birds to eat at regular times, after which they associated the area with food and quickly learned when it would be set out, always congregating at the same spot at the same time every day. Then a variety of different volunteers were sent in to elicit different reactions from the birds, all of them wearing different latex masks to obscure their real faces. Among the volunteers were those who approached the crows empty handed, those who had with them a taxidermy specimen of a crow predator, others who had a specimen of a pigeon, and then Swift, who was the one who brought food. 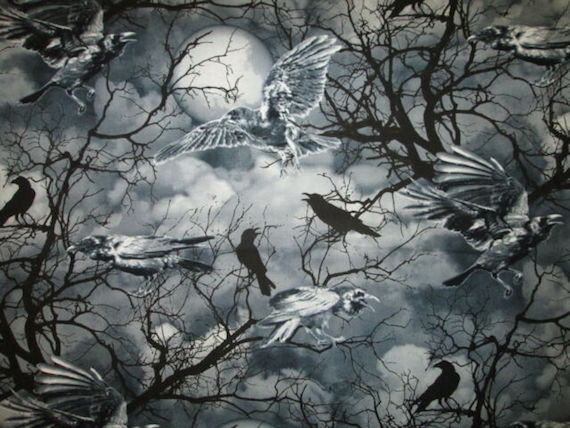 It was found that the ones with a pigeon were mostly ignored, as were the empty handed ones, but the ones holding a predator would be mostly avoided and squawked at from afar, and the one with the dead crow would be actively mobbed and threatened by groups of the birds. If this mask showed up empty handed, the crows remembered it and mobbed the volunteer even in the absence of the dead bird. The birds would also be warier about approaching the location where this particular mask wearer had shown up. It did not matter who wore the mask, as it could be switched between wearers with the same effects, it was the appearance of the mask itself that set off their alarm bells, and they only got aggravated when the one who had held a dead crow was in sight. Even birds that had not witnessed the original display of the taxidermy specimen were clued in to what was going on, meaning they had been taught this. For six weeks the volunteers returned to the scene empty-handed, and the crows still reacted the same ways depending on the mask worn. As for the one who fed them, the crows would show great favor towards this one, and not show any aggressive behavior at all. Curiously, the actual death of the crow did not have to be witnessed by the animals to elicit a reaction, just the corpse. Swift would say of it all:

I was always the friendly feeder, which was nice, I never made any crow enemies. I would put my food out, then this second person would show up. They would be holding a dead crow, not violently, not reenacting a death scene, just holding it like they were picking it up to throw it in rubbish, palms outstretched like you might hold a plate of hors d’oeuvre.

This is interesting in that other research has shown that crows will even on occasion bring “gifts” for the ones who feed them, while remembering the faces of their enemies and teaching others of this. Considering that the crows clearly recognize when a dead one of their own kind is present, it shows a particular cognitive ability, of which Swift says:

It tells us that crows view death, at least in part, as a 'teachable moment' to borrow an anthropomorphic phrase. It's a signal of danger and danger is something to be avoided. They know what death is and know to fear it. It’s amazing to think a crow — a bird — is doing something like this that so few other animals are doing that we know.

This fear of death upon seeing a corpse of one of their brethren, to recognize and even perhaps mourn death, may seem pretty obvious to us, but there are only a very few types of animals known to actually have this reaction, including humans, elephants, giraffes, chimpanzees, dolphins, and several other corvid species. So what does this have to do with those “crow funerals” we were talking about earlier? Well, although it could be a type of mourning, Swift and team think it might have more to do with the crows studying the area and trying to learn what the threat is, trying to figure out who is a friendly person and who is a threat. As Swift says, “By participating in these funerals, crows can get information about new dangers without taking the risk.” However, she still does not rule out that they may indeed be showing mourning behavior as well.

The study was published in a 2015 article in the journal Animal Behaviour, and it is a rather intriguing theory on crow funerals and the behaviors and cognitive functions that drive them. Whether the birds are actually displaying mourning behavior or not, it is still pretty damn clever that they are able to do this, and it probably has to do with the birds evolving right along such close proximity to human beings. It is an excellent chance to study the similarities between these birds and us, and what that means, with Swift saying:

This work is another example of how crows have evolved to live so successfully with us. They can learn our faces and do so in an impressive number of circumstances including when we have appeared to out ourselves as one of those prickly neighbors by interacting with their dead. If you step back and examine how distantly related crows are from us, and our closest mammalian relatives, you start to see how striking this shared interest in our dead is. It’s a chance to unlock deep mysteries about the evolution of our own funeral rites, and appreciate how much we share with our black cloaked companions, even if they look nothing like us.

Despite the study, it is still unclear exactly what drives this funeral behavior in crows, but we do know that they in fact recognize death to some extent and fear it. Does this mean that they mourn their fallen as well? Are we perhaps not alone in our ability to contemplate our mortality and show sympathy for those who are not with us anymore or is it seen in other animals as well? In recent years with more and more research into animal psychology and behavior it is becoming more and more apparent that we are perhaps not so unique as we would sometimes like to believe, and the animal world is still a very mysterious place that is bound to turn up more surprises.

Deep Breath: How Science Turned Liquid “Breathing” Into a Reality