If you’re looking for the socks that disappeared in your clothes dryer, do you call in someone who can’t find his keys or remote control? That could be why you never find those socks. The National Geographic has decided to look for one of the biggest lost socks in history – Amelia Earhart – and is bringing in someone who has already found another long-lost sock – the Titanic. Will this mystery finally be solved? Will the search also find your socks?

“I’m a hunter—you have to become the prey that you’re hunting. I put myself in that cockpit, and I began becoming Amelia.”

Robert Ballard is a retired United States Navy officer, a professor of oceanography at the University of Rhode Island, and an experienced underwater archaeologist with expertise in finding lost shipwrecks. In addition to discovering the Titanic in 1985, Ballard has also found the Nazi battleship Bismarck, the aircraft carrier USS Yorktown and John F. Kennedy's PT-109. That’s a resume that makes one think he may just be the guy to locate the wreckage of Amelia Earhart’s Lockheed Electra 10E and any remains of the pilot and her navigator, Fred Noonan.

Being an experienced “hunter,” Ballard knows that a good hunting strategy is to go where the “prey” was last seen. To do that, he’s using data provided by The International Group for Historic Aircraft Recovery (TIGHAR), which believes the plane landed on Nikumaroro, a coral atoll near the flight path Earhart said she was on in her last confirmed radio message. TIGHAR has searched Nikumaroro 13 times. While they’ve obviously not been successful, they remain convinced it’s the place to keep looking due to possible scent detected by forensic dogs, a flat reef where they could have landed, a blurred photo showing what looks like landing gear on the island, radio messages from Earhart suggesting that’s where she was, and bones found there in 1940 (since lost) that may have been hers.

One thing TIGHAR never had is the E/V Nautilus – Ballard’s state-of-the-art research vessel (owned by the Ocean Exploration Trust) which is equipped with remotely operated vehicles, a multibeam mapping system and mapping tools. It also has a SeaTel satellite communication system that will help pay for the search. How?

“The expedition will be filmed by National Geographic for a two-hour documentary airing October 20.”

Of course. This is obviously a case of putting the documentary cart in front of the discovery horse, and Ballard admits that if the plane ended up in the water, either by crashing or sliding into it after it landed, there’s a chance nothing will be left of its lightweight structure and cloth coverings. An engine might be all that’s found … but that’s obviously enough to prove that Earhart and Noonan ended up on Nikumaroro. 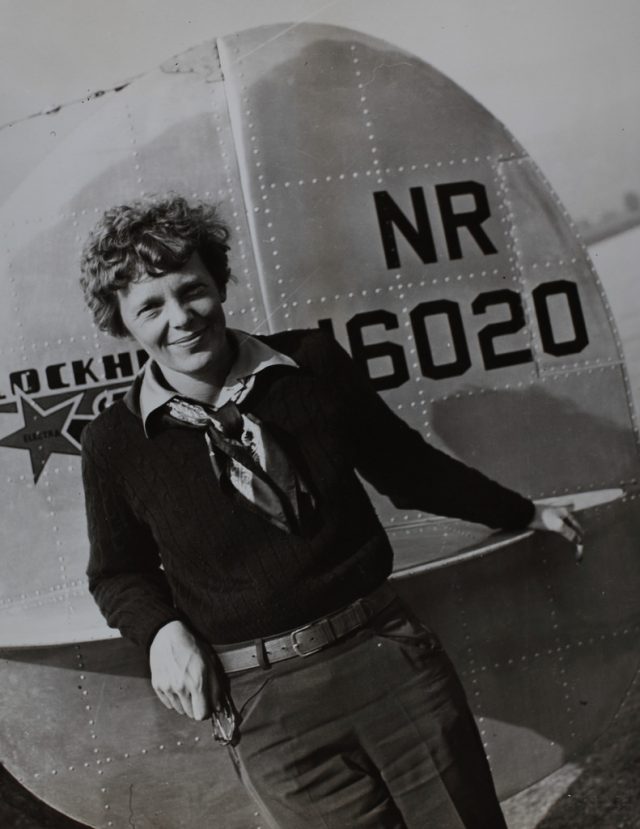 If anyone can find the tiniest bit of evidence underwater, it’s the man who found the Titanic. Half of Ballard’s crew is women who are experienced in deep-sea searches. Could they bring him luck in finding the plane of the most well-known female pilot ever? Ballard is wisely reluctant to make any predictions.

“Maybe some things shouldn’t be found. We’ll see if Amelia is one of them.”

Your socks will have to wait.