“I’m not a believer, but you know, I guess anything is possible.”

If you’ve been curious about what President Trump thinks about UFO’s, in an interview with Tucker Carlson from the Fox News Channel, which took place while the president was in South Korea recently, he revealed that he’s “not a believer” in unidentified flying objects. If you’re curious about what he thinks in particular about the UFOs that Navy pilots have been reporting and which have been recorded on radar, he had this to say:

"Well, I don't want to really get into it too much. But personally, I tend to doubt it."

That answer comes after the president was briefed on those sightings by the Pentagon, Navy officials and staff from the Under Secretary of Defense for Intelligence. Sen. Mark Warner, the vice chairman of the Senate Intelligence Committee, other members of Congress and their staffers of the Armed Service and Defense Appropriations committees were also briefed. Is the president saying he doubts that they are unidentified or he doubts that they are alien? 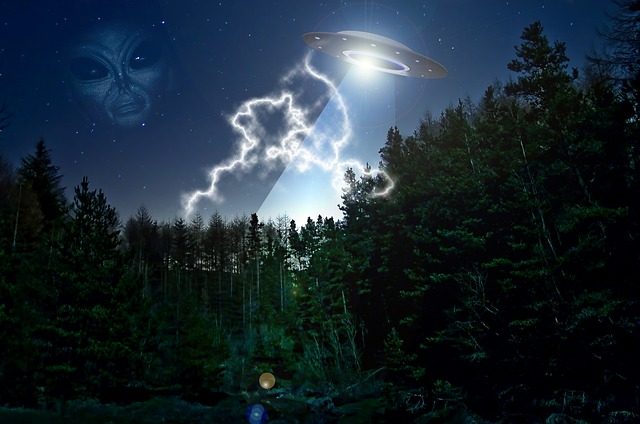 “I mean, you have people that swear by it, right? And pilots have come in and they said — and these are pilots that have — not pilots that are into that particular world, but we have had people saying that they’ve seen things.”

“That particular world.” Is the president implying that people who believe in, research or are at least open to the possibility of UFOs existing are in some way different than others? Does this make them somehow less believable? Carlson didn’t ask the president about the UFOs that have been seen in his own airspace. UFOs were seen following his plane during his campaign and twice on the day of his inauguration. Four were reported over the Trump Turnberry golf course in Scotland in 2018. One would think that the president would have been notified – either in his capacity as commander-in-chief or as the owner of the course. Wouldn’t he have wanted to know?

Here’s a better question … would he have believed the report, especially if it had come from someone ‘in that particular world’? He seemed to answer this question when Carlson pressed him about a report that the U.S. is in possession of UFO wreckage at a facility on an Air Force Base – which has been rumored for decades about multiple crashes and multiple bases.

"I don't assume it's correct. But, I have an open mind, Tucker."

The president has given similar answers to two different news channels on opposite ends of the political spectrum but possibly similar ends of the UFO one. It would be easy to assume he’s being evasive for national security reasons … except he’s ignored those reasons for other questions.

The Navy pilots have identified themselves and risked their careers to report what they saw. These are members of the military honored on the Fourth of July … and are now “‘in that particular world.” Can we still keep saying there are two of these worlds?

Get ready, Mr. President. These questions are not going away.

(You can watch the interview here.)

Mutant Mold on the Space Station is Immune to Radiation