Lyme disease is bad business, and anyone who's spent any time in the northeast United States knows this. Growing up approximately an hour away from Lyme, Connecticut, the town from which the disease takes its name, I know more people than I can count who have had their lives irreparably damaged—directly or indirectly—by Lyme. The disease-carrying deer tick is something of a boogeyman in the northeast forest. You never notice it biting you, and you don't find it without a thorough "tick check" after being in the woods for any amount of time. If you don't find it, there's a good chance that in a few days a red ring rash will appear and you'll have to go on high-test antibiotics for two weeks that will make you vomit, burn in the sun nearly instantly, and be generally too tired to do anything.

Seeing the red ring rash is a good thing, though, because it doesn't always show up. Without early detection and treatment Lyme disease can ruin you. Memory loss, dementia-like symptoms, heart problems, paralysis, chronic fatigue, and arthritis all begin manifesting themselves within a few months. Fatalities occur sometimes, too. Even if treated, some of these symptoms may develop into chronic syndromes that will last the rest of your life. Lyme disease is bad, bad business.

Since Lyme disease first showed up in the United States in the 1970's, there have been persistent whispers that we're not being told the whole story. Now it seems that members of Congress feel the same way.  According to Roll Call an amendment to the 2020 defense authorization bill was included via a voice vote to "conduct a review of whether the Department of Defense experimented with ticks and other insects regarding use as a biological weapon between the years of 1950 and 1975.”

The amendment, proposed by New Jersey representative Christopher H. Smith, compels the Pentagon Inspector General to investigate whether the Department of Defense attempted to weaponize ticks and tick-borne diseases and report the findings to congress including the scope of the program and “whether any ticks or insects used in such experiments were released outside of any laboratory by accident or experiment design.” Rep. Smith says:

“We need answers and we need them now.”

It's not that a disease being horrific makes it automatically a biological weapon and a government conspiracy. There are plenty of horrific diseases that haven't been weaponized. It's mostly that there is an animal disease research lab eight miles south of Lyme, Connecticut which housed a biological weapons research program during the mid 20th century.

Plum Island Animal Disease Research Center has the stated goal of protecting America's livestock from disease. It was, however, home to a biological weapons research program between the years of 1952 and 1969. The allegations of a secret Cold War bio-weapon project were denied—just as with later allegations that diseased animals had escaped the facility—until a 1993 Newsday article revealed documents that proved the existence of such a program. 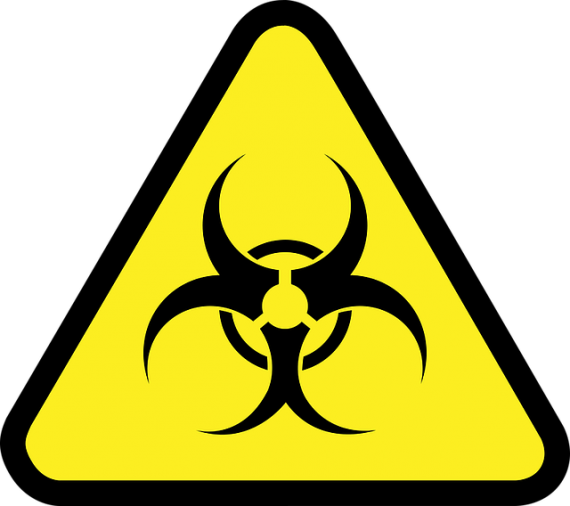 Then there's Fort Detrick in Maryland, which was the heart of that same bio-weapon research facility. Fort Detrick also happened to be a beneficiary of Operation Paperclip, which granted amnesty to Nazi scientists after World War II in exchange for their cooperation and employment with the U.S. Government. Among the Nazi scientists who were employed at Fort Detrick were Walter Schreiber, Erich Traub and Kurt Blome, who had cut their teeth on bio-weapon research with forced experimentation on concentration camp inmates for the Third Reich. But we would never do a thing like that, right? According to a report from the U.S. General Accounting Office, Fort Detrick carried out hundreds of thousands of hazardous materials tests on humans. From the report:

Many experiments that tested various biological agents on human subjects, referred to as Operation Whitecoat, were carried out at Fort Detrick, Maryland, in the 1950s. The human subjects originally consisted of volunteer enlisted men. However, after the enlisted men staged a sitdown strike to obtain more information about the dangers of the biological tests, Seventh-day Adventists (SDAs) who were conscientious objectors were recruited for the studies.

It should be stated that it's not a foregone conclusion that Lyme disease was a military experiment gone awry, despite any personal suspicions. Lines can be drawn and connections can be made that are simply illusory. But it should be investigated. Whether anything will come from this proposed inquiry remains to be seen. The Senate has yet to vote on the bill with the added amendment, and even then the investigation could end up in a never-ending maze of bureaucracy and buck-passing. Here's hoping that they do the right thing.

Erik the Panama Red? Vikings May Have Smoked Pot For Decades in Newfoundland