Welcome to the Most Haunted Village in Britain

At first glance the quaint, picturesque English village of Pluckley, in Kent, seems like the quintessential charming countryside village. Here are quaint cobblestone roads and old fashioned cozy cottages, as well as rustic pubs and other establishments all surrounded by rolling green countryside, hills, meadows, fields, and orchards, and when many imagine an old English village Pluckley is probably exactly the sort of place that springs to mind. Indeed, it is this charismatic, timeless quality that made the village the location for the 1990s TV show The Darling Buds of May, which was set in the 50s and starred Catherine Zeta Jones. Yet the serene, peaceful exterior of this pretty little village is permeated with something far spookier, as it also just so happens to be considered the most intensely haunted place in England, and ground zero for all manner of paranormal mayhem.

Despite having a population of only just over one thousand people and looking like the very definition of a charming rural English village, Pluckley just so happens to be supposedly haunted by a population of no fewer than 15 ghosts, quite possibly more. This is such a high ratio that the Guinness Book of World Records actually once awarded it the distinction of being the “the most haunted village in Britain” in 1998. Did you know there was even a category for that? Well, now you do, and boy does this village supposedly live up to its billing, with a colorful cast of all manner of spooks and wraiths.

One of the most well-known of these restless spirits is the “Watercress woman,” often referred to as the “Gypsy woman.” According to the lore, she was once a humble village resident who wandered along the nearby stream to collect watercress to sell in town. She was known in life to often sit at a low, ivy covered stone bridge called Pinnock Bridge to smoke her pipe and drink some gin before heading home. The story goes that one day she spilled some gin on her dress and accidentally lit herself on fire, after which she burned to death and her charred body fell into the water to be carried downstream. However, death doesn’t seem to have kept her away from her usual routine, as she is said to often appear as a misty figure who wanders along the stream and sits upon the bridge, still smoking her beloved pipe.

Also rather famous is the ominous specter called “The Highwayman,” thought to be the ghost of a criminal named Robert du Bois. It is told that he got himself into an altercation with police in the 18th century, at a street corner on the west side of the village appropriately called Fright Corner. The tale goes that during the melee, du Bois was impaled by a sword and pinned to a tree. To this day the Highwayman supposedly can be seen either sitting in the gnarled tree or actually reenacting the brawl that led to his death. These are far from the only ghosts said to call Pluckley home by a long shot. Also roaming the streets of Pluckley is a phantom horse drawn carriage which is sometimes reported to go careening about.

There is often reported the macabre sight of two hanging apparitions. One of these is at Dicky Buss’s Lane, where shortly after World War I a local schoolmaster named Dicky Buss hung himself at a windmill that once stood here, and it is said that he can still be seen either hanging in the wind or meandering about the woods. The other is the hanging military-garbed wraith of a Colonel at the murky Park Wood, who is also said to wander around the trees at night or hang from them, and is believed to have been in life a colonel who killed himself by hanging.

Like the cases we have looked at so far, most of the ghosts of Pluckley seem to be tethered to a particular place, and haunted locations abound here. For example, well, what haunted town would be complete without its own haunted cemetery? At the cemetery of St Nicholas church, we have an apparition called the Red Lady, thought to be the spirit of a Lady Dering, who was buried in a crypt here way back in the 1100s that was adorned with a single red rose, hence her name in death. The Red Lady supposedly wanders around searching for the grave of her stillborn baby, also thought to have been buried somewhere on the premises in an unmarked grave. There is also the White Lady, who wanders the cemetery and the church itself in a white gown, and is once claimed to have been even shot at by a local man to no effect. Oddly, the spectral form of a small white dog is also said to run around the cemetery and church grounds.

Pluckley has a haunted farm as well, called Elvey Farm, now used as an inn, which was originally built in 1406 and added to over the centuries, and from where there is all manner of paranormal phenomena reported. One of the farm’s ghosts is a farm resident from the 18th century named Edward Brett, who allegedly shot himself after telling his wife “I will do it!” He now apparently still lurks around telling visitors this very same line before vanishing into thin air. Joining Brett on the farm is a ghost in a military uniform, who prowls the stairs leading from the barn to the attic, although no one is quite sure who this spook is supposed to be.

There are various other haunted places around the village as well. At the Blacksmith’s Arms there are the ghosts of a maid, a coachman, and a Cavalier all vying for attention. The area of the old Brickworks has the ghost of a laborer who supposedly was killed when a wall of clay fell and crushed him. There is also a house called Greystones, built in 1863 and formerly called the Rectory Cottage, which is supposedly haunted by the apparition of a shadowy figure in the robes of a monk. A place called Mill Hill has the ghost of a long dead miller, and another place here called Rose Court has a ghostly woman who died after eating poisonous berries after being jilted by a lover, and can be purportedly heard calling out for her dogs every evening between 4 and 5 PM. There is even a haunted patch of woodland called “The Screaming Woods,” from which emanate the anguished unearthly screams of lost souls eternally doomed to reside here, and where batteries will suddenly go dead and electronic equipment will inexplicably malfunction. 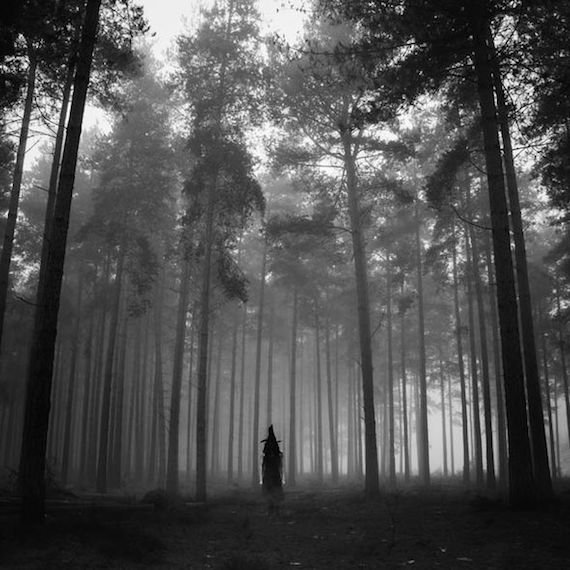 Even if one wants to have a drink and get away from all of the damn ghosts they can’t get any respite, as even the town’s two pubs are haunted. A pub and former hunting lodge called The Dering Arms has a spectral old woman wearing a bonnet, who hangs around the bar and is purportedly so real looking she is often mistaken for a living person, that is until she blinks out of existence. Then there is The Black Horse, where moving objects, glasses tipped over by unseen hands, and items that go mysteriously missing only to reappear sometimes years later in the same spot are the order of the day. Dogs apparently refuse to go upstairs here, and furniture or kitchen equipment is often rearranged here by unseen forces when no one else is around. Another ghost in the pub which may or may not be the culprit of the moving objects is that of a woman named Jessie Brooks, who died nearby and loiters around the pub and its surroundings and seems to be looking for something, perhaps her lost child.

Pluckley is so well known for its myriad hauntings and healthy population of ghosts that it has become a haven for curiosity seekers and paranormal investigators, and the village has appeared on numerous ghost hunting TV programs over the years. So many people flood into the tiny little hamlet every year looking for the paranormal that it has become a mixed blessing for the locals, who are happy to get the tourist revenue but annoyed by the ruckus and mess the sometimes rowdy visitors produce. Halloween seems to be the worst, and there is even a special contingent of policemen to keep the peace at this time of the year. Whatever is going on here, this is an awful lot of paranormal activity for such a small, pretty, and unassuming village. What is it about this place that keeps these souls connected to it? What makes Pluckley so damn haunted? No one knows, but if you are in the mood to find out there are plenty of ghost tours that will show you around. Happy hunting!