I believe serious crime is being committed underneath the floor of my basement.
I have dug out two, 1.5 meter shafts to get audio recordings.
Please only sign this petition if you have listened to the noises AND believe they need investigating.
The Police have been informed and have not bothered, or have totally ignored, these recordings.
Women can clearly be heard screaming from what I think is a tunnel or an old mine shaft (there is also an old WW2 sealed bunker close by)
Thanks
Van Fogey

Yes, that’s his real story. No, his name isn’t Van Fogey – it’s Alan Tait. Yes, there are recordings of strange noises in his house. No, he doesn’t live there anymore. Yes, he’s trying to get people to listen to the recordings and petition the local police to investigate the house. No, he doesn’t think they’re ghosts. Yes, he thinks there are actual people, most likely women, trapped underneath the basement floor. No, no one else has heard them. Yes, Tait and his wife Christine are traveling around Wales in a trailer, passing out flyers about the house. No, they haven't been arrested yet. Yes, the recordings are eerie. No, they're not of good quality. Yes, the Taits seem to be spending enormous amounts of time and energy bothering people who don’t even live near their house about these recordings. Is this for real or an impressively elaborate hoax? Yes or no? 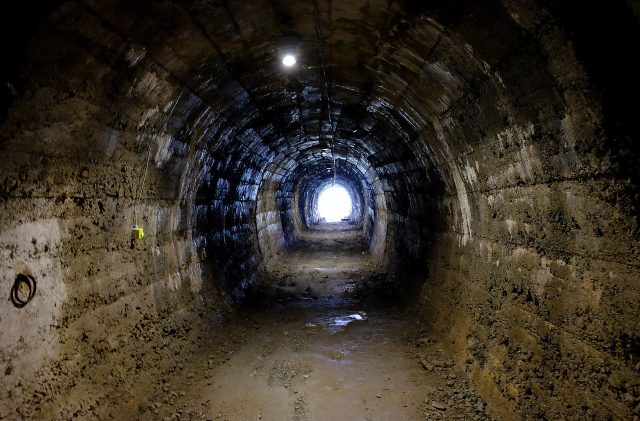 If you go to Tait’s websites, www.vanfogey.co.uk (new one) or www.noisesinmylane.co.uk (original), you can hear all of the many recordings. According to Gloucestershire Live, which has been following this story since April 2019, the Taits claim the noises started in 2018 and in August they “discovered what we think is an illicit drug manufacturing factory running somewhere underneath our house” in Ammanford, South Wales, an old coal mining town and birthplace of John Cale of the Velvet Underground. When the police checked out the property next door which the Taits believed was the source, they found nothing.

That’s when the pair of 62-year-olds seem to have taken the investigation into their own hands … and changed the story slightly to say that the noises were coming from under their own house. Tait says he dug two 1.5 meter (5-foot) channels in the floor, dropped some sort of recording devices into them and picked up what they claim are the sounds of screaming and garbled words they’ve conveniently translated into scary phrases like “oh my god, the baby’s died.” There have also been a few strange incidents.

On one occasion, we left the microphone in the alleyway and someone found it, took it away, blanked it off, and recorded themselves putting it back in the alleyway.

Do you want to believe? Did you listen to the recordings? They’re not surprisingly of poor quality and the power of the Taits' suggestions leads one to hear what they say they heard – namely woman and children screaming like they’re trapped, men talking and a machine humming or beeping. The Taits say they’re desperate to be believed and let reporters into the house – but no one has yet heard or recorded the sounds. Also, they’re passing out their flyers in Gloucestershire, which is in England, not Wales. Do they think they’ll get better publicity in the big city? So far, all they’ve gotten is in trouble as the Gloucestershire police notified the Dyfed Powys police, who say they’ve investigated the claims, found nothing and it’s not their problem. According to Wales Online, the couple has moved on but no longer gives their location and refuses to allow any pictures of themselves. Why?

"I think we’re dealing with a serious criminal gang here, and I think our lives could be in danger if they knew where we were." 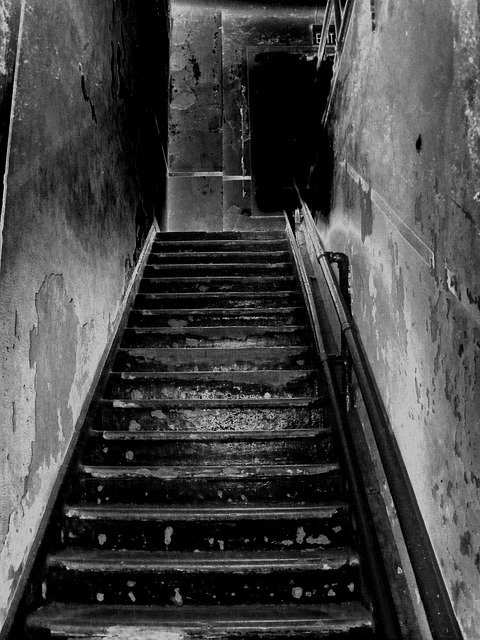 A criminal gang that makes drugs and holds women and children in abandoned underground bunkers that are close enough to the surface that at least two people claim to have heard the screams … but no one else has. An interesting theory and possible movie plot, but is it real? Why are none of the neighbors concerned? Nor the police? Will the signatures on the petition (now over 200) help convince anyone?

Are the Taits having mental health issues? Eccentrics? Very clever hoaxers? Could it be ghosts? This is one where the needle refuses to stay in one place very long, but never really hovers over “OMG! There’s women trapped under their basement!”

You can keep track of the latest adventures of the Taits and their women under the floor on their Internet site or Internet radio site.

A Collection of Controversial Cryptozoology Photographs