A Maniac, a Bomb, and an Amazing Miracle

In 1986, the small, rural town of Cokeville, on the Wyoming-Idaho border was just a speck on the map. With only around 500 residents at the time the town was about as backwater and tiny as you can get, and this was a place that was a complete stranger to the violence and big news stories of other bigger cities. That was until one day when the specter of death would rear its head in this quiet, peaceful place, only to be thwarted, some say by a divine miracle.

The strange story begins with a man named David Young, who in 1979 had actually served for 6 months as the only police officer in Cokeville before being fired for misconduct. He moved away to Tuscon, Arizona along with his wife, Doris, where he became a bit derailed, getting involved with various white supremacist groups and writing a manifesto on what he called a “Brave New World.” That might have been where Cokeville and David Young should have parted ways, but he would return with Doris, along with an agenda of hate and violence.

He had long talked about a plan he called “The Biggie” which was ostensibly a scheme to make money for their cause, and he managed to recruit some friends named Gerald Deppe and Doyle Mendenhall to carry it out. Unfortunately, this plan involved storming an elementary school full of kids to hold them for ransom, and when Deppe and Mendenhall found out about this at the last minute they backed out, only to be held at gunpoint and handcuffed to the back of David’s van on the afternoon of May 16, 1986. David and Doris Young, as well as David’s daughter from a previous marriage, Penny, continued on, pulling up to Cokeville Elementary School along with four rifles, nine handguns, and a crude homemade gasoline bomb they had slapped together and carted about in a shopping cart.

Upon entering the school at approximately 1 PM, David began madly passing out pamphlets of his manifesto, called “Zero Equals Infinity,” while shouting “This is a revolution!” This was about when Penny had second thoughts about the whole plan and ran back outside, but David just ignored it and continued on with his ranting. The school teachers and staff had no idea what was going on, and considering what a safe hamlet the town had always been they at this point did not suspect anything particularly violent. As he was doing this, Doris went off on her own from room to room and got students, teachers and staff to move to one classroom under the pretense that there was an emergency or alternately an assembly. It wasn’t until they noticed the arsenal of weapons and the smell of gasoline emanating from the bomb that the panic set in and they realized the true danger they were in.

A total of 136 children and 17 adults were corralled into that classroom, and David told them of the bomb trigger he held on his wrist, cobbled together from a clothespin and shoelace. He then ranted about how the school was brainwashing the children, and demanded $2 million per child as a ransom. He told them that if they refused, then he was going to blow them all up, and that they would reunite in his “Brave New World” with him as their new god. He also threatened to shoot anyone who escaped, training his weapon on the terrified crowd. Meanwhile, his own daughter had alerted authorities to what they had planned to do and both police and concerned parents had begun to gather outside.

The situation turned into a tense standoff, with the authorities trying to buy time as they tried to decide what to do against the increasingly impatient and volatile Young. While they waited the teachers tried to calm the children by singing songs and playing games, all while some of them fell ill from the gasoline fumes and had guns waved about in their direction. When the adults tried to get the children to say a prayer Young apparently got very agitated and told them to be quiet, and he also got very aggressive when one of the students got too close and reached out for him. It was very tense indeed, but then things would come to a head when at around 4 PM David left the room to go to the restroom and handed the bomb trigger to his wife.

At some point while he was gone, Doris accidentally triggered the bomb, which sent her flying across the room “like a flaming torch,” and enveloped everyone in smoke and fire from the blast. David came running back in to find Doris grievously injured, after which he pulled a sidearm and calmly shot her and then himself, killing them both. When the blast was heard outside and the smoke and panicked children began erupting from the windows the police moved in, and they did not expect to find anyone at all alive, but amazingly, although many were hospitalized with burns or from smoke inhalation, every single one of the hostages survived. One official on the scene would say, “They were all in the classroom when it went off. The classroom was demolished. I don't know how they got out alive.'' It was a miraculous turn of events, but later witness testimony pointed to the possibility that this had been an actual literal miracle.

In the days after the frightening incident both children and adults alike began to tell of how in the moments before the explosion they had seen angels or had heard disembodied voices telling them where to move to or stand. One little girl told of an angel that came to her and beckoned her towards the window, where they embraced right as the bomb went off, as if the mysterious entity was protecting her, and other children also said they had seen a "beautiful lady" telling them to go near the window. In other cases, angels were reported as telling the children to open the windows or doors. One survivor told of seeing an angel hovering over every single one of the people present and another witness, a sheriff on the scene, said that an ethereal voice had told him in his head clear as day that everything was going to be OK just before the bomb went off. 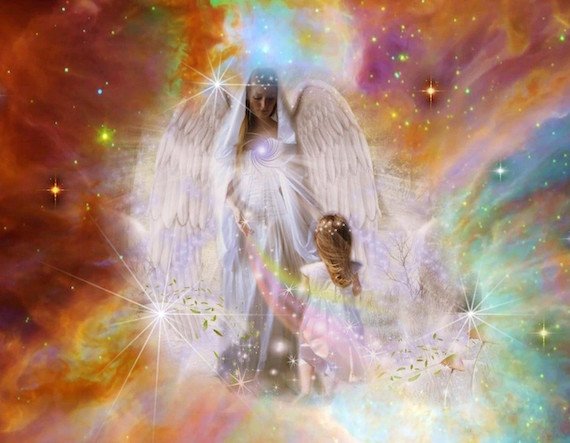 Other anomalous little miracles are that not a single one of the guns piled on the floor had gone off in the fire, and it would turn out that only one of the bomb’s five blast containers had gone off. One of the of the bomb’s containers of blasting powder had gotten wet for some reason, ruining it, although why it should be so soaked could not be determined and remains mysterious. The wires to two of the others had been cut for reasons unknown, and the other had simply not gone off even though nothing had been physically wrong with it. It was later estimated that if they had all gone off no one would have possibly survived. In addition to this, in one instance an ambulance carrying victims away supposedly had its fan belt give out, only for some truckers to come along and have a spare of exactly the same size belt. Investigators would also find that the open windows and doors had helped dispel some of the bomb’s blast, and it was also found that everyone just happened to have been in a location of the room that provided some amount of shielding from the blast, which was exactly where the “angels” had told them to stand and gather. There is even an alleged photo of one of the angels standing on the north wall of the school at the time.

What does this all mean? Is this all coincidence and luck, along with wishful thinking and the imaginative ramblings of children? Or did some mysterious force actually intervene to protect these people? To this day the people of Cokeville are convinced that it was a miracle, and that someone or something was looking over those people on that fateful day. The case of the Cokeille Miracle has gone on to feature in the book When Angels Intervene To Save The Children: The Cokeville, Wyoming Bombing Incident, by Hart Wixom, as well as appearing on the TV shows Unsolved Mysteries, It's a Miracle, Unexplained Mysteries, and I Survived, and it has inspired the films To Save The Children and Cokeville Miracle. Whether it was a literal miracle orchestrated by angels or not, it is somewhat comforting to see that in this day and age of mass murders and shooting sprees sometimes fate smiles upon us, and that there is still hope in the world.

Storm Iraq’s Stargate? It May Have Already Been Done