“If we find anyone guilty of wrongdoing, we will file a criminal case against them. If a UFO descends and parks here, that’s even better. We’ll capture them all.”

What kind of world do we live in when people who have been contacted by extraterrestrials can’t find a place on their own planet to meet and talk about it? That’s what happened in Thailand last week as dozens of police officers and park rangers twice stormed the meeting place of the UFO Kao Kala group – an assembly of UFO believers and claimed contactees who meet on Mount Khao Kala, considered to be one of the top UFO hotspots in Asia, to meditate, discuss their experiences, hear about the latest messages from extraterrestrials and train to become alien communicators. It’s no surprise that outsiders are suspicious of the group and its meeting place in the popular mountain park and recently forced these raids on the premise that the private group was getting too large for the building and encroaching onto public land. Fact, fallacy or fear?

Notification of Activities for Coordination for Warning Groups (Khao Kala) 👽

Saturday, August 17, 2019, the group invites everyone to join at

6:00 pm to host a meal for participants. Anybody can cook as well.
19.00 hrs. Dharma lecture, with video screenings by Ajarn Somchit Rueangpetch (responsible person in the area department).

We invite everyone interested in aliens and disasters. Join activities to meet and exchange experiences.

*** Can bring a tent to sleep on his shell. Or will go to sleep at the Scout camp Below are
*** Khao Kala, Khao Kala UFO Observatory,
Moo 10, Phu Ta Ching Sub-district, Phra Non Subdistrict, Mueang District, Nakhon Sawan Province

This innocent-sounding announcement (except for the “warnings” and “disasters” parts) triggered the raids on August 15 and 16 at the Khao Kala Meditation Center. The event was being held in part to celebrate the birthday of Somjit Reapeth, the founder of the group, who in 1997 received a call from her father to come to Khao Kala where she and her sisters claim to have seen the UFO he said contained aliens who were communicating with him while he meditated. Her father taught Somjit how to communicate with them and translate their messages. They then founded UFO Khao Kala to train more people and meet with other contactees. 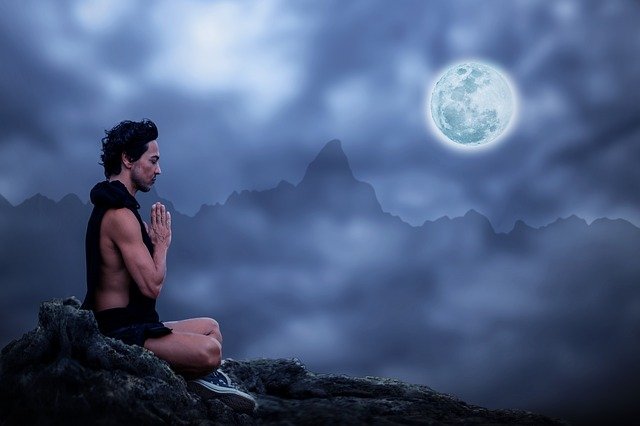 “Each of us is assigned to do a different task by the aliens. The main mission is to learn how to deal with the upcoming disaster that will wipe out half the humans in the world. We are getting ready for that day.”

In a 2015 interview with the Bangkok Post, Dusadee Prasonsuk, one of 60 members trained by Somjit to be part of the group’s first alien squad, explained the alien messages and warnings of disaster that brings the group together. In the same article, Somjit described some of the aliens she’s interacted with. (Photos here.)

“The aliens we contacted are from Pluto and a planet outside of our solar system called Logu Kata Paka Tigong. They have high virtues and morals. The only way to make contact with them is to practise dhamma to the highest levels.”

At a UFO Khao Kala seminar in 2017, contactee and Harvard-trained doctor Dephanom Muangman revealed a prediction the aliens gave him:

“There will be a Third World War in the next five years because Trump is president. This will be true, because they told me that Bangkok would flood back in 1997.”

Is UFO Khao Kala a collection of real contactees, a heavy-duty Buddhist meditation group, just another New Age organization or something else? More importantly, no matter which they are, did they deserve to be raided … twice? Are locals concerned because the group may be camping on the mountain, afraid of people who think differently than they do or terrified that these are real alien contactees who may be facilitating disaster rather than predicting it?

The event apparently took place without incident on August 18.

What will happen at the next one?