Anarchy in the U.K. – Animal Mutilations

Occasionally I'm asked if so-called "cattle mutilations" and "animal mutilations" occur in the U.K. Well, yes they do, but the numbers certainly don't parallel those that have occurred in the United States. I would not be surprised if some genuinely strange attacks in the U.K. might have been caused by so-called "Alien Big Cats." They are large and predatory creatures that should not be roaming around the countryside - but which apparently seem to be doing exactly that. Then, there are those cases where the attackers were clearly occultists. As for those cases that in some cases mirror those in the United States, I have a few on file. Given that I haven't lived in the U.K. for around twenty years, it's not my place to claim to be an expert on the subject on the other side of the pond. I'm certainly not. There is, however, one affair that I still remember from the late 1990s, and which was very difficult to explain. Read on...

Throughout the summer and fall of 1997, the skies of south Devon, England were filled with UFOs, bizarre aerial vehicles, and mystifying lights. Strange creatures - including large black cats resembling mountain lions, flying beasts that had the appearance of huge jellyfish, and ghostly black dogs with blazing, evil-filled eyes – provoked terror in those that encountered them. Unidentified, robed and hooded figures were seen prowling around local woods by moonlight, seemingly engaging in infernal, occult-driven rites and rituals. Animals were found dead, and hideously mutilated, under mysterious circumstances. And trying to make some sense of all this high-strangeness of the very disturbing kind were two dedicated investigators of all things paranormal, Nigel Wright and Jon Downes. Wright is a well-known, long-time investigator of UFOs in England, while Downes is the director of the Devon-based Center for Fortean Zoology – one of the few groups that investigates reports of such things as lake-monsters, Bigfoot, and the Chupacabra on a full-time basis. They're both good friends to me. 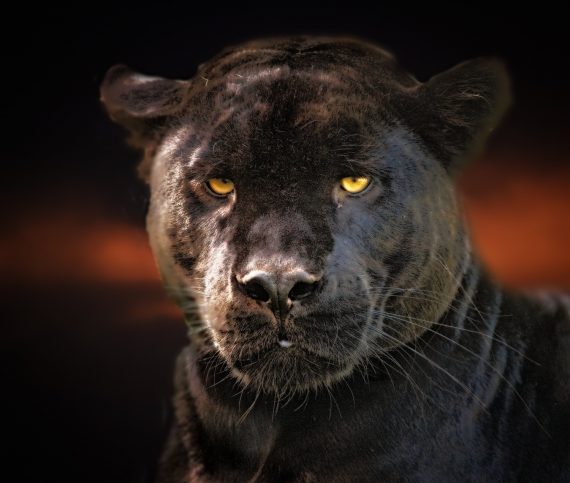 Such was the sheers scale of supernatural activity that descended on ancient Devon in that specific period, Downes and Wright found themselves plunged into a dark and turbulent world, one which closely paralleled the menacing environment that threatened to swallow up John Keel, as he investigated the turbulent Point Pleasant, West Virginia Mothman reports of 1965-1967. And in the same way that Keel had run-ins with the Men in Black, both Downes and Wright experienced something chillingly similar: hang-up phone calls in the middle of the night.

On the issue of whether or not the killing and mutilation of animals on a large scale was, and perhaps still is, the work of extraterrestrials, occult groups, government personnel engaged in biological warfare experimentation, scavengers, shadowy figures with concerns about exotic viruses entering the U.S. food-chain, or a combination of all of the above, very much depends on who you ask. But, less well known, is that such events are not limited to the United States. One particular case stands out for truly memorable and macabre reasons, as will now become apparent. It all began on October 1, 1997, as Nigel Wright’s journals reveal:

“Approximately three weeks ago two young men were swimming in Otter Cove [Lyme Bay, Exmouth, England]. As darkness drew in, they decided to make for the shore and change to go home. As they got changed, one of them looked out to sea. He saw what he described as a ‘greenish’ light under the surface. He called to the other young man and they both watched as this light ‘rose’ to the surface of the water. The next thing they knew there was a very bright light shining into their faces. They turned the scene and fled.”

Meanwhile, on the top of the cliffs, equally strange things were afoot. The two young men raced for the car of a relative and breathlessly explained what had happened. Incredibly, she, too, had seen something highly unusual in precisely the same time frame on the road leading to Otter Cove: a strange animal that she likened to “an enormous cat.” Whatever the origin of the beast, however, she was certain of one thing: it was, to quote her, “all lit up” – glowing almost. On the following day, a dead whale was found washed upon the beach below the cliffs. This did not appear to have been merely a tragic accident, however. Rumors quickly circulated that the culprit was the monstrous-glowing, cat-like thing. On receiving reports that a whale had been found in precisely the area that anomalous lights and a strange creature were seen, Wright launched an investigation:

“The first thing that struck me as I looked on at this scene,” recalls Wright, “was how perfect the carcass was. There was no decay or huge chunks torn from it. Then, as I wandered around it, I noticed that there was only one external wound: in the area of the genitals a round incision, the size of a large dinner plate, was cut right into the internal organs of the mammal. The sides of this incision were perfectly formed, as if some giant apple corer had been inserted and twisted around. From the wound hung some of the internal organs. I quizzed the official from English Heritage, who was responsible for the disposal of the carcass. He informed me that no natural predator or boat strike would have caused this wound. As I looked at this sight, the first thing that came into my mind was how this looked just like the cattle mutilation cases of recent times.” 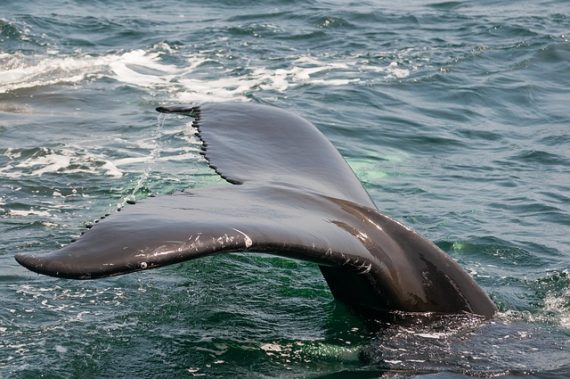 Wright was also able to determine that this was not the only time that unusual lights had been seen in the vicinity of Lyme Bay: “No precise date can be given for the evening when a fishing boat encountered a strange light over Lyme Bay,” he wrote, “but, since this was told to me by the skipper of the vessel concerned, I can vouch for its authenticity. The vessel in question was five miles off Budleigh Salterton. The crew became aware of a bright, white-blue light which hovered some distance from the boat. At first they thought it was a helicopter but they heard no engine sounds, nor saw any navigation lights.”

Wright was told by the captain of the vessel that the night had been “bright and clear” and that if the object had made any noise, it would certainly have been “audible for miles. The light remained stationary for about one and a half hours. Judging by the mast of their vessel, which is twenty-eight feet high, the crew estimated that the light was not much higher than that,” adds Wright. “It then very suddenly disappeared.” The mystery was never solved and the glowing cat-thing was never seen again.

Hunt for Bigfoot in Kentucky Park Ends in Gunfire