Bigfoot: The Matter of Abductions

Back in 1915, the long-gone Museum Journal, published quarterly by the University Museum of the University of Pennsylvania, Philadelphia, ran a fascinating article on what, with hindsight, sounds very much like a Bigfoot, one said to live in the deep woods and forests of Guatemala. Its name was El Sisemite. It read: “There is a monster that lives in the forest. He is taller than the tallest man and in appearance he is between a man and a monkey. His body is so well protected by a mass of matted hair that a bullet cannot harm him. His tracks have been seen on the mountains, but it is impossible to follow his trail because he can reverse his feet and thus baffle the most successful hunter.”

The Museum Journal continued that the “great ambition” of the creature, “which he has never been able to achieve, is to make fire. When the hunters have left their camp fires he comes and sits by the embers until they are cold, when he greedily devours the charcoal and ashes. Occasionally the hunters see in the forest little piles of twigs which have been brought together by El Sisemite in an unsuccessful effort to make fire in imitation of men.” We also see, as the Museum Journal’s article reveals, two other things that are staple parts of man-beast lore: a quasi-supernatural aspect to the creature and its obsession with kidnapping people, very often women: 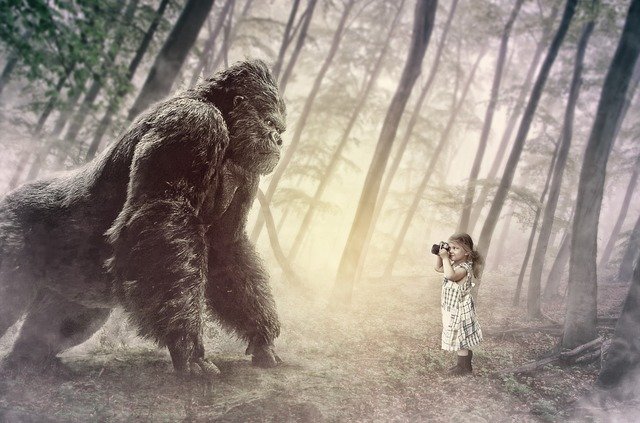 “His strength is so great that he can break down the biggest trees in the forest. If a woman sees a Sisemite, her life is infinitely prolonged, but a man never lives more than a month after he has looked into the eyes of the monster. If a Sisemite captures a man he rends the body and crushes the bones between his teeth in great enjoyment of the flesh and blood. If he captures a woman, she is carried to his cave, where she is kept a prisoner. Besides his wish to make fire the Sisemite has another ambition. He sometimes steals children in the belief that from these he may acquire the gift of human speech. When a person is captured by a Sisemite the fact becomes known to his near relations and friends, who at the moment are seized with a fit of shivering. Numerous tales are told of people who have been captured by the Sisemite.”

One such case of kidnapping was specifically detailed by the journal. It’s an account that also has a somewhat supernatural aspect to it, in the sense that one of the key individuals in the story suffered from what are termed “Sisemite shivers,” the sense of the creature in a person’s midst, even if it can’t be seen. The saga begins:  “A young couple, recently married, went to live in a hut in the woods on the edge of their milpa in order that they might harvest the maize. On the road Rosalia stepped on a thorn and next morning her foot was so sore that she was unable to help Felipe with the harvesting, so he went out alone, leaving one of their two dogs with her.

“He had not been working long when the dreaded feeling, which he recognized as Sisemite shivers, took hold of him and he hastily returned to the hut to find his wife gone and the dog in a great fright. He immediately set out for the village, but met on the road the girl’s parents, who exclaimed, ‘You have let the Sisemite steal our child, our feelings have told us so.’ He answered, ‘It is as you say.’”

In no time at all, the local police were on the case, who suspected that the story of the Sisemite was nothing but an ingenious ruse, one created to hide the fact that the young man had killed his wife. “The boy was cross-examined, but always answered, ‘The Sisemite took her, no more than that I know.’ He was, in spite of the girl’s parents’ protests, suspected of having murdered his young wife, and was thrown into jail, where he remained many years.” We may never know if the police’s suspicions about Filipe were correct, or if a grave miscarriage of justice had taken place. Either way, it only added to the mythos surrounding the Sisemite and its obsession with kidnapping women. 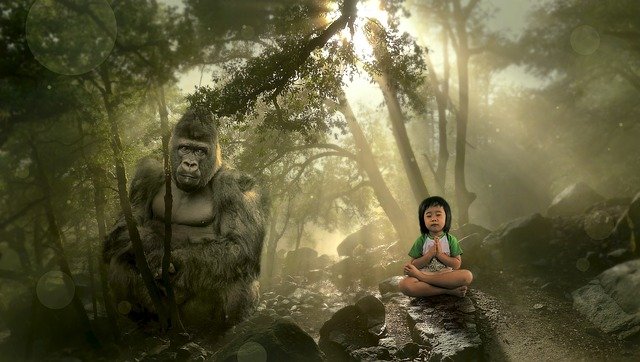 The Museum Journal was not yet done with this controversial story, however. There was far more to tell. “At last a party of hunters reported having seen on Mount Kacharul a curious being with a hairy body and flowing locks that fled at the sight of them. A party was organized which went out with the object of trying to capture this creature at any cost. Some days later this party returned with what seemed to be a wild woman, of whom the leader reported as follows: “‘On Mount Kacharul we hid in the bushes. For 2 days we saw nothing, but on the third day about noon this creature came to the brook to drink and we captured her, though she struggled violently. As we were crossing the brook with her, a Sisemite appeared on the hillside, waving his arms and yelling. On his back was a child or monkey child which he took in his hands and held aloft as if to show it to the woman, who renewed her struggle to be free. The Sisemite came far down the hill almost to the brook; he dropped the child and tore off great branches from big trees which he threw at us.’

“The young man was brought from his cell into the presence of this wild creature and asked if he recognized her. He replied, ‘My wife was young and beautiful; the woman I see is old and ugly.’ The woman never spoke a word and from that time on made no sound. She refused to eat and a few days after her capture she died. Felipe lived to be an old man, and the grandmother of the woman who told this story remembered him as the man whose wife had been carried away by the Sisemite.”

The Strange Tale of the Gorbals Vampire of Glasgow