Among the many reports of mysteriously vanished people there are some that seem to be permeated with strange clues and details that propel them further into the realm of the odd. In addition to this, there seem to be some cases that share perplexing connections, or have occurred in the same location, hinting at causes or forces that we can't seem to grasp. The wilds of Oregon have been the stage for numerous vanishings over the years, and here are some that have continued to defy any clear answers.

On November 4 of 2007, University of Oregon mathematics professor Daming Xu set out on a day hike in Oregon’s Willamette National Forest in the vicinity of Olallie Mountain, in Oregon. Although he was in his 60s, he was considered to be a reasonably experienced hiker who had been out along these trails numerous times and he was healthy and in good physical shape. Additionally, this particular trail was considered an easy hike, was well-traveled, and the day was clear and sunny, warm for an autumn day, so it was a bit odd when he did not return from his trip as scheduled. It was found that he had met with a Stephanie and Paul Niedermeyer along the hike at around 1:30 PM, and they claimed that he seemed to be in good spirits, although somewhat in a hurry. They would be the last ones who ever saw him.

The young couple returned to the trailhead parking lot and were surprised that Xu was not there yet, his vehicle there unattended, even though he had set out ahead of them and they had not seen him again. The two waited around until dusk wondering if something had gone wrong, but Xu never did return from his hike. Authorities were notified and a search was launched of the entire area involving several agencies and infrared equipped aircraft, but no trace of him was found. At one point, sniffer dogs apparently picked up his scent and followed footprints that were believed to be his, but the trail ended abruptly and the dogs became confused as to where to go. It was bizarre to say the least.

Xu’s car was found to contain his cell phone and a survival kit that he had either forgotten or had thought he didn’t need due to the pleasant weather and easy hiking conditions, as well as oddly just half of a trail guide book. No one could figure out what had possibly happened to him, and worsening weather did not bode well for the missing man, with the search being called off due to sudden dropping temperatures and rain and snow. If he was still alive at that point his odds did not look good since he had not been prepared for anything more than a leisurely day hike, wearing light clothing and carrying only a bottle of water and no backpack.

It was not until November 15 that any other sign of Xu would be found, when the other half of Xu’s trail guide was found lying on the ground in a rugged, rocky, thickly wooded and steep area well off the designated trail. Why would he have gone down there off the trail into the rocks and thick forest in the middle of a fine day? Since he had the portion of the book with the trail map in it how could he have gotten lost? As a matter of fact, why had he taken only half of his guide book with him and why is it that tracker dogs had been unable to follow his trail? Indeed, with many other other hikers in the area at the time couldn’t he have called out for help? Also, why had the dogs been unable to follow his trail? It was widely assumed that he must have succumbed to the elements when the bad weather set in, but how did he get lost in the first place, and as no sign of Xu’s body was ever found, so where did it go? Whatever was going on here, Daming Xu has never been found or heard from again, and his ultimate fate remains unknown.

One very well-publicized and ultimately tragic mysterious disappearance in the region occurred just 9 miles from where Daming Xu vanished and 5 years later, when in June of 2012 a 32-year-old Lane Community College graduate named James "Jake" Dutton parked his vehicle at the U.S. Forest Service trailhead near Cougar Reservoir in the rugged Willamette National Forest and began a camping and hiking trek through the wilderness along the 15-mile long French Pete Trail towards the Three Sisters Wilderness boundary on June 15, planning to get back by the 18th. He never did. Despite massive searches of the area authorities could find no trace of the missing hiker, that is until August of 2016.

On August 24, 2016, four years after Dutton had seemingly stepped off the face of the earth, a hiker along the French Pete Trail found a set of skeletal remains about 100 feet off the trail he had vanished on, and only 4 miles away from the trailhead. The remains were quickly identified as those of the missing Dutton, but there were plenty of mysteries orbiting them. Near the body were found his backpack, two cans of bear repellent spray, a bear bell used to ward off the animals, and his cell phone. Oddly enough he was still wearing his shorts, but there was no sign of clothing on his upper body. Things would get even stranger when an autopsy was done and it was found that the body had no signs of gunshot wounds, broken bones, or any other type of physical trauma, and no conclusive cause of death could be ascertained.

In the end, the coroner’s best guess was that Dutton had somehow died of hypothermia, but this is a rather odd prognosis. First there is the fact that the average June temperatures of the area are not particularly harsh, averaging around 70 degrees, and Dutton had been an experienced outdoorsman and veteran of the U.S. Coast Guard who had been well prepared for his trek. Furthermore, there had been no sudden storms in the area, harsh weather, or anything else that would have provided a sudden challenge, and he was nowhere near water, so how could he die of hypothermia? It doesn't make sense. Then there is the odd fact that his jacket and shirt were missing, so why should this be? If it was so cold, then why would he remove these? Were they removed by someone else, and if so why? No one knows. 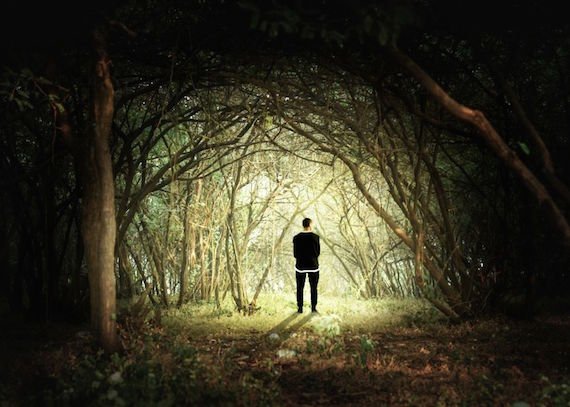 One idea was that he intentionally went out there to die, but his family vehemently denies this, there is no evidence whatsoever that he was suicidal, and even if he was, why go through trying to freeze yourself to death in relatively mild temperatures. Doesn’t that seem an odd and grueling way to go about it, especially considering the weather conditions? If it wasn't suicide, then how did this seasoned hiker and camper go missing only to turn up dead 4 years later practically right on top of where he went missing and just 100 feet from the trail he had come in on, despite searches in that area, all while minus his jacket and shirt and displaying no form of physical trauma? It is all rather strange.

These are just a few of the many strange vanishings to have happened in the wilds of Oregon, and since 1997 there have been over around 300 people officially listed as missing in the wilderness of the state, according to the Oregon Office of Emergency Management, and although we have looked at a couple of the more high profile and odder of these cases there are many others. In the past 40 years 30 people have just vanished to never be seen again right in the same area as Xu and Dutton, and it seems that there is something very strange going on here, of which Dutton’s own mother has said, “There is a mystery here. Two grown men can't simply disappear from the mountains five years apart.” What happened to these people? Is this just the terrain and the wilderness conspiring against them? What of the strange clues that surround their cases? Are they perhaps linked in some way, and if so how? Is this something explainable or something odder than we know? There is no way to tell at this moment, and the mystery remains.

Creepy Dolls Mysteriously Appearing in Missouri are Unexplained and Spreading