We've all read the endless headlines. Millions of people may or may not be “storming” Area 51 next month only to find impenetrable roadblocks manned by heavily armed private security forces equipped with gear we didn't even know existed. Regardless of what becomes of the "Storm Area 51" phenomenon, the highly classified United States Air Force research and testing facility located deep within the Nevada desert has become somewhat of a cause célèbre.

Companies large and small and celebrities from all walks of public life are jumping on the social media bandwagon to try and attach their name to the event which, if nothing else, has provided the year’s best memes and reminded us just how soullessly devoid of a sense of humor the Armed Forces are. But hey, maybe that’s their job.

Case in point: declassified documents from the CIA’s CREST database were unearthed recently revealing the great lengths the USAF went to in an attempt to lure the nation’s best minds to the desolate Area 51 facility. The documents were dug up by government accountability and transparency advocates MuckRock who regularly publish declassified FBI and CIA files.

The documents detail the difficulties the Air Force faced in both attracting and retaining personnel during the OXCART program, the above top secret research project which led to experimental aircraft such as the A-12 OXCART and its successor, the SR-71 Blackbird. That project required the extraordinary talents of the nation’s best aerospace engineers - engineers who weren’t too keen on moving to a remote facility in the middle of the scorching, desolate Nevada desert.

The internal CIA memo describes how the Air Force struggled to keep its best scientists for various reasons, although those who remained at the base did so solely to avoid taking their children out of school or avoid selling their houses during low-demand times: 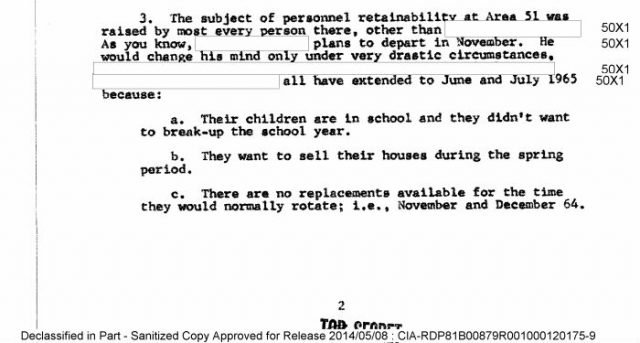 That memo goes on to describe the Air Force's attempts to avoid a "mass exodus" of scientists and engineers fed up with the bleak living and working conditions, noting that "personnel problems at Area 51 and throughout the OXCART project continue to be a point of issue":

To help attract and retain the personnel necessary to keep the OXCART program running, the CIA put together a list of selling points which could be pitched to prospective Area 51 employees. These include descriptions of Las Vegas as "an affluent metropolis" full of "high-priced homes" and "a population as transient as a desert thunderstorm." Sign me up! 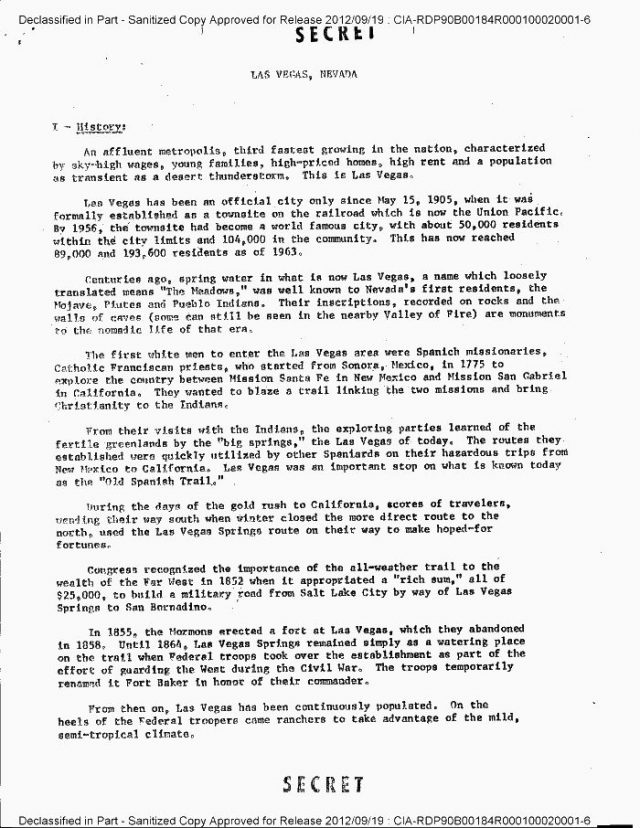 For the Area 51 base itself, the CIA recommended promoting it to USAF staff by advertising free lodging and meals, television, air conditioning, and, I kid you not, "pies and cakes": 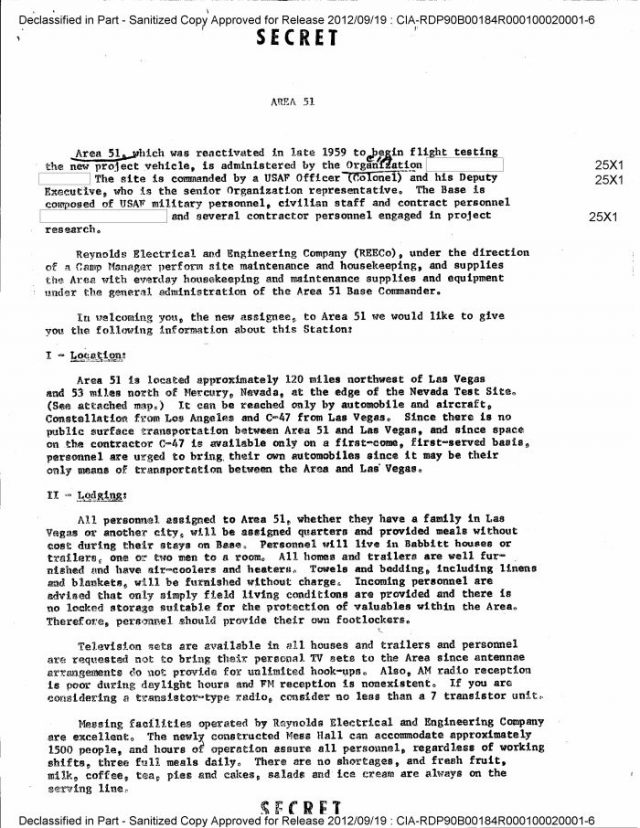 Head over to MuckRock to read the whole trove of documents for yourself.

The USAF's personnel retention campaign must have worked, because the CIA was able to successfully develop the A-12 and SR-71, two of the world's most advanced spy aircraft. To this day, the SR-71 holds the world record for the fastest air-breathing manned aircraft and is likely the cause of many UFO sightings and much misinformation as the USAF and CIA worked to keep their most advanced aircraft in the dark.

Forget seeing them aliens. When we storm Area 51 next month, let's go for the real prize: America's unsung heroes, the pies and cakes of Area 51.

Let's see them pies and cakes.