An art museum – especially one as notable as The Cleveland Museum of Art (CMA) – is not the place one would normally go to learn about monsters of any kind. However, that’s exactly what the CMA wants everyone to do with its new exhibit about the depiction of monsters in the medieval world. Is this really what Cleveland needs in its quest to reclaim some of the glory that once made people call it “The Best Location in the Nation”?

“Monsters captivated the imagination of medieval men and women, just as they continue to fascinate us today. Drawing on the Morgan Library & Museum’s superb collection of illuminated manuscripts, this major exhibition— the first of its kind in North America—will explore the complex social role of monsters in the Middle Ages.” 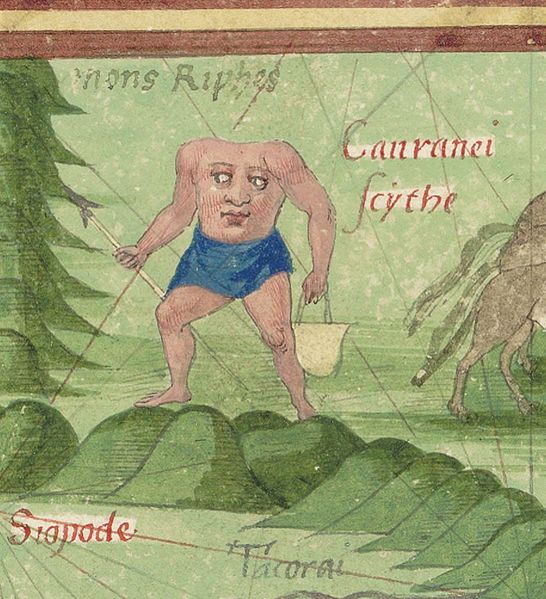 Full disclosure time – I was born and raised in the greater Cleveland area and willingly returned after living elsewhere for many years. I’m glad the exhibit doesn’t focus on the economic and social monsters that have plagued this city for so long. After hearing about the “Medieval Monsters: Terrors, Aliens, Wonders” exhibit running through 10/06/2019, I plan to attend and learn more about how monsters in medieval paintings, sculptures and literature were used to enhance power, alienate marginalized groups in society (Jews, Muslims, women, the poor – some things never change) and yet be depicted in contradictory peaceful settings. However, I especially want to see the depictions of a monster I hadn’t heard about before – headless men with their faces on their chests known as the Blemmyes.

The first known reference to headless humanoids was around 2500 years ago in Histories by Herodotus, who gave them the Greek name akephaloi and said they lived in Libya. The earliest Roman geographer (around 43 CE) Pomponius Mela called them Blemyae and put them in Africa around Ethiopia, as did Pliny the Elder, who said they had “no heads, their mouths and eyes being seated in their breasts." Accounts of headless men continued to appear regularly in writings and letters, including stories of Alexander the Great, who was said to have captured 30 of them. The legends of the Blemmyes became so popular, early mapmakers included pictures of them on maps in locations where they allegedly roamed. 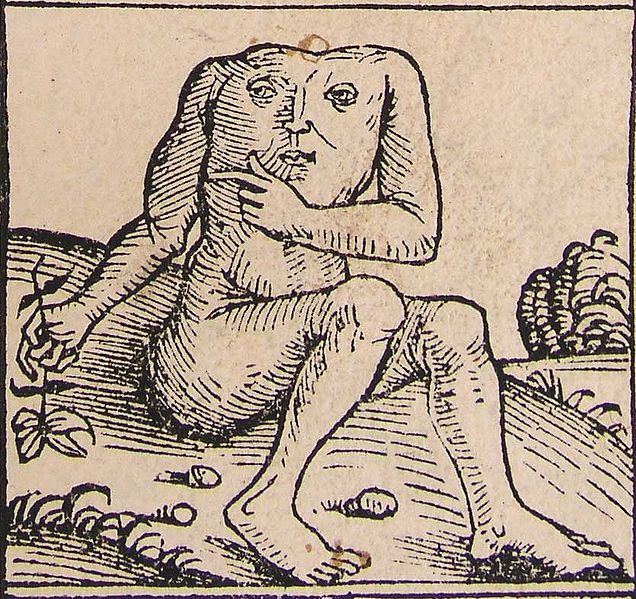 Those map depictions could explain why Christopher Columbus made a special note in his official trip report that “I have not found any monstrous men in these islands, as many had thought.” Sir Walter Raleigh, in his Discovery of Guiana, said that natives told him of headless men living on the banks of the Caura River, while explorer John Lok went to Guinea (in West Africa) and reported "people without heads, called Blemines, having their eyes and mouth in their breast."

As expected, there are logical explanations for what these people thought were headless humans. One is that the explorers were puzzled by the unusual sight of people with very short or no necks at all. Another is the practice of warriors in some cultures to tuck their heads close to their chests for protection. There could also have been some confusion that strange images depicted on their breastplates were actually their faces. And there’s the plausible theory that what these people were seeing for the first time were not humans or monsters but apes. 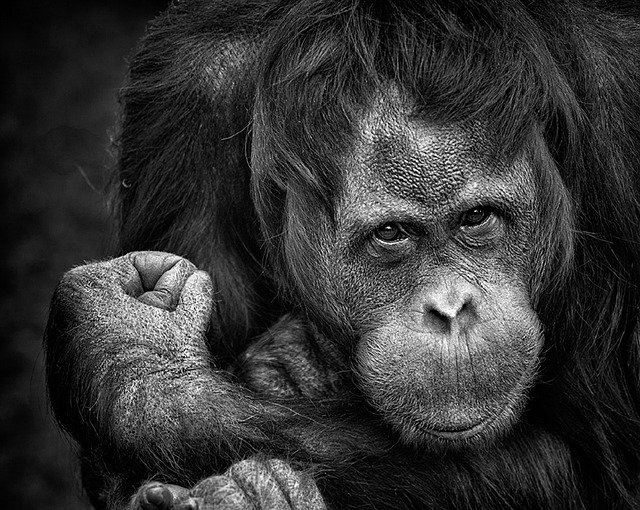 How could so many medieval mapmakers, artists and explorers have been wrong about Blemmyes?

If you’re in Cleveland, visit Medieval Monsters: Terrors, Aliens, Wonders at the Cleveland Museum of Art through October 6. If you see a headless guy with a bearded face on his chest, it’s just me messing with you.