A large bird that looks like a hawk, eats like a vulture and has close relatives that are considered “evil” and “vicious” is not the kind of feathered creature you want to meet on a nature walk. Fortunately, the Caracara creightoni has been extinct for a thousand years. However, that may change with the discovery of enough preserved bones of these birds to extract their DNA and recover at least 98.7% of the bird's mitochondrial genome. What’s scarier, the DNA was found in the Bahamas and a museum in Florida may want to bring them back. Will the movie based on the outcome be a comedy starring Ben Stiller, an adventure thriller starring Chris Pratt, or a horror flick directed by Jordan Peele?

"Getting DNA from an extinct bird in the tropics is significant because it hasn't been successful in many cases or even tried."

That’s the cover story for this discovery by Florida Museum of Natural History postdoctoral researcher Jessica Oswald, who successfully extracted the DNA from the 2,500-year-old bones of a Creighton's caracara found in a “blue hole” on Great Abaco Island in the Bahamas. Bird flesh and bones are extremely fragile, so its not surprising that virtually none has survived from extinct species that were alive just a few thousand years ago. These survived because the bottom of this 100-foot-deep sinkhole known as Sawmill Sink was dark and oxygen-free – an environment almost as good for preserving fowl flesh as your basement freezer.

"This species would still be flying around if it weren't for humans. We're using ancient DNA to study what should be modern biodiversity."

David Steadman, Florida Museum curator of ornithology, points out that the only difference between the extinct Caracara creightoni and its still-alive cousins -- the crested caracara (Caracara cheriway) and the southern caracara (Caracara plancus) – is their proximity to people. No, ancient Bahamanians didn’t eat these carrion-consuming creatures but they did eat up or kill most of their favorite foods -- tortoises, crocodiles, iguanas and rodents. Coupled with global climate change that melted the glaciers and caused the seas to rise, flooding their habitats, the Caracara creightoni joined the list of extinct birds around 1,000 years ago.

"For birds, having an entire head of an extinct species from a fossil site is pretty mind-blowing. Because all the material from the blue hole is beautifully preserved, we thought at least some DNA would probably be there."

As she explains the press release from the Florida Museum of Natural History announcing the publication of her study published in the journal Molecular Phylogenetics and Evolution, Oswald got a big chunk of well-preserved bird from a batch first discovered by a cave diver in 2005. Sawmill Sink is the perfect environment for preservation because the diver had to swim through a dangerous 20-foot-thick layer of saturated hydrogen sulfide which, besides being part sulfuric acid, kept the oxygen away from the fossils. So far, Sawmill Sink has given up over 10,000 fossils from nearly 100 species, including crocodiles, tortoises, iguanas, snakes, bats and 60+ species of birds. 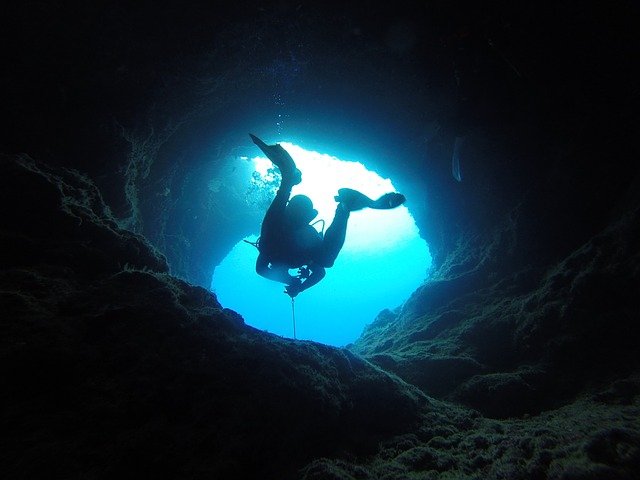 Will the museum attempt to bring back the Caracara creightoni, especially since it has two living cousins that can be used as surrogates? Steadman says this is his plan for the DNA:

“By understanding species that weren’t able to withstand human presence, it helps us better appreciate what we have left – and not just appreciate it, but understand that when these species evolved, there were a lot more things running and flying around than we have today.”

We’ll take that as a maybe.