Hunt For Amelia Earhart is Following Giant Crabs to Their Burrows

How big is the hunt for what happened to Amelia Earhart in 1937? It has consumed hundreds of thousands of dollars spent on countless expeditions over 80 years and is still unresolved. How big are coconut crabs? The world’s largest land-living arthropod (Birgus latro) can weigh up to 4.1 kg (9 lb) and measure 1 meter (3 ft 3 in) in length from leg to leg, with a claw that can crack coconuts and an appetite for just about anything … including decaying mammal flesh. What do coconut crabs have to do with Amelia Earhart? An obscure theory that her remains and those of navigator Fred Noonan disappeared because their flesh was eaten and their bones carried off to their lair by coconut crabs is getting new attention by the National Geographic-sponsored expedition currently scouring Nikumaroro Island in the best-funded and most extensive search to date. Are you thinking “ewww” or “hmmm”?

“This tells us crabs drag bones, but it doesn’t tell us how far.”

“This” is an experiment involving a dead pig and live coconut crabs conducted by Tom King, a former chief archaeologist for TIGHAR (The International Group for Historic Aircraft Recovery), the group that has probably conducted more searches for Earhart than any other. On one past expedition, he brought a pig carcass to Nikumaroro and filmed some of the hundreds of the island’s giant crabs clean the carcass in two weeks and then drag the bones as much as 60 feet away. Some weren’t found and it’s possible they were taken to a burrow, although at the time King was skeptical without seeing it happen for himself. If the crabs do that with pig bones, could that have done this with Amelia’s?

In its on-going coverage of the expedition, National Geographic points to 1940 as the year the crab theory began to form. That’s when Gerald Gallagher, the administrator of the British colony that had been established on Nikumaroro, discovered human bones but not an entire skeleton. Gallagher sent 13 of them to Fiji where they disappeared – only photographs remain, which some researchers have examined and say they’re about the right size to be from Earhart. What happened to the rest of the remains? 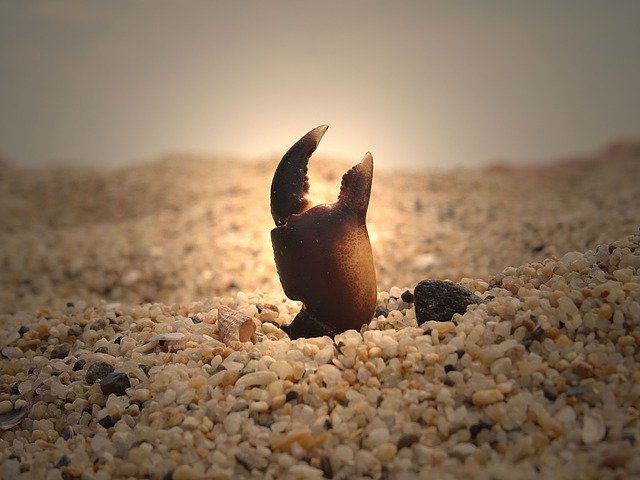 “(The) coconut crabs had scattered many bones.”

Gallagher had apparently witnessed this himself. He found the bones under a ren tree (Tournefortia argentia) and another TIGHAR expedition using forensic dogs found a ren tree that the canines spent a lot of time sniffing around. This time, they plan to expand the search away from the ren tree and see if they can find a long-lost burrow with some long-lost bones.