In July of this year, a tour boat captain on Loch Ness picked up a large anomaly on his sonar that did not match any known causes and was speculated by many to be a ping off of the Loch Ness monster. In the interest of giving fair coverage to all lake monsters (especially since Nessie sucks all of the publicity out of the air every time someone spots a log), we now report on a boat owner cruising on Lake Champlain in New York who picked up mysterious images on her sonar that do not match any known causes and could have been pings off of Champ, the Lake Champlain monster. Sorry, Ogopogo – only one monster per story. However, we will cover the two-mouthed fish caught on Lake Champlain this week. Wait, what?

“I saw two weird things moving on the sonar. I looked down at the display and said ‘what are they?’ They were about 165 feet down. I took 65 pictures (sonar images). I didn’t look at them closely until the next morning.” 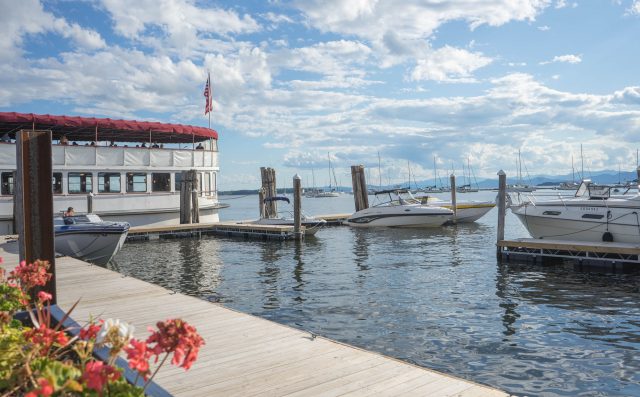 Katy Elizabeth is more than just a casual lake boater – she’s a well-known Champ hunter who spends her summers looking for the legendary lake monster whose tales go back to the Native Americans who inhabited the area long before French explorer Samuel de Champlain claimed he saw it. Elizabeth told the Press-Republican she saw the strange readings on her sonar on August 5th near the Moriah-Westport town line on Lake Champlain. Moriah and Westport are small towns in Essex County inside the Adirondack Park in northeastern New York on the Vermont border. Elizabeth is the director of the Champ Search group and has been looking for Champ since 2012 when she had her first sighting. However, this one is by far her best.

“When I saw that head looking back at me, I started crying. I was shaking. I knew it was Champ. There were two animals. He looked annoyed. I think the sonar is very sensitive to their ears. It was amazing. There are protuberances on their heads, maybe for echo location.”

Yes, Elizabeth believes she pinged two creatures, with the larger one measuring 25 feet. She’s sent the images to an “‪analyzation expert‬ I know, for optical analysis” and believes what she picked up were reptiles, not a mammal – some people believe Champ is a trapped beluga whale. Elizabeth is compiling a complete report that will be included in her forthcoming book on her search for Champ. An early version can be seen on the Official Champ Search Website along with some sonar images (see them here) and more on Elizabeth’s quest and meticulous research. 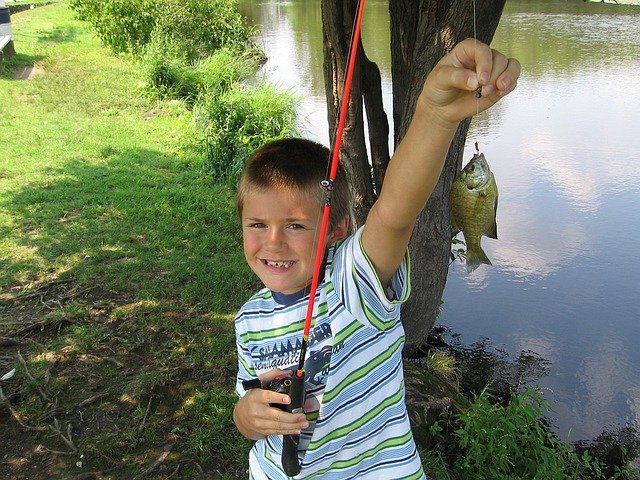 What about that two-mouthed fish you mentioned?

Oh, yeah, thanks for the reminder.

Based on the pictures on her Facebook page, Debbie Geddes is pretty good with a rod-and-reel, but the picture posted on the Knotty Boys Fishing page made her famous. It shows a front view of a trout with two big mouths that she caught last week. Knotty Boys (get the pun?) is a group of “Lake Champlain bass fishing enthusiasts” but a woman holding a two-mouthed trout would catch the attention of any bass fan. Unfortunately (for us, not the fish), Geddes released the trout after getting the pictures taken (not two-mouthed trout season?). While the second mouth may have been from an injury, it does add to the strangeness and mystery of Lake Champlain. (See the two-mouthed trout here.)

Did Kay Elizabeth get sonar pictures of two Champs? She’s back out on the waters in the same spot hoping to find out. In the meantime, only the two-mouthed trout knows for sure and it’s not talking out of either one.