The question of whether or not we are alone in the universe has hung over us for a surprisingly long time. Since pretty much the point when we became aware of other planetary bodies and something other than this earth we stand on we have contemplated it and looked to the sky to wonder on it. One of the first targets of this fascination with the worlds beyond our own was the moon, already long the focal point of myth and legend, and it is here where an intriguing and odd history of aliens and proposed space travel unfolds in a very weird sequence of historical oddities.

Back in the 17th century the thought of actually traveling to space was so beyond us that it wasn’t even really science fiction yet, or even a thing at all. We simply did not understand the planets and space in general enough to even fully comprehend it at the time, although there were more and more discoveries being made all of the time, notably those of Galileo and his newfangled telescope. It was at around this time that a man named John Wilkins would be born in 1614, and his childhood obsession with the voyages of great explorers such as Christopher Columbus, Francis Drake, and Ferdinand Magellan would shape what he was to become later in life. 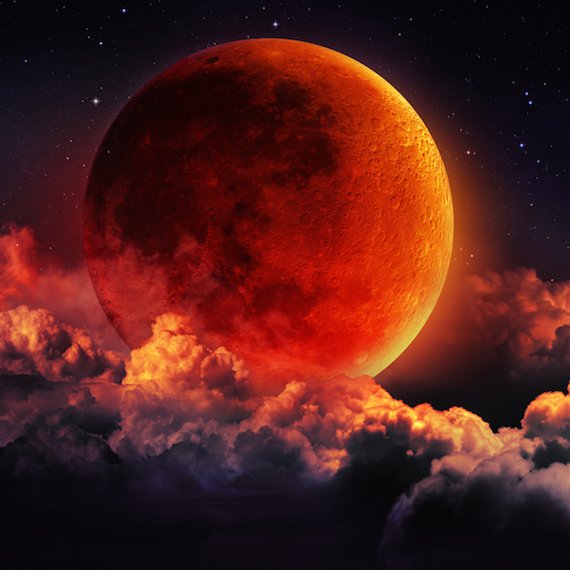 Wilkins would go on to complete his studies at Oxford in both theology and natural philosophy, also studying at Cambridge, and he had shown a lifelong fascination with the field of astronomy, which was still very much in its infancy at the time. He would achieve quite a good amount of respect and high standing, later even marrying the sister of self-styled Lord Protector of the Commonwealth of England, Scotland, and Ireland, Oliver Cromwell. He had also become a full-fledged vicar and clergyman, an interesting but not uncommon at the time matching of religion and science, and would be one of the founding members of the the Royal Society, as well as Master of Trinity College, Cambridge, gaining great prominence as a natural philosopher and author.

Wilkins was, in short, one of the most highly regarded intellectuals and academics of his time, and in this capacity he made quite a few groundbreaking propositions. Among his many wild ideas were that a universal language should be instated amongst the world’s scientists, a universal system of weights and measurements should be used, and a revolutionary way to record time accurately by use of a system of pendulums. Some of these ideas were quite groundbreaking and forward thinking, such as the standard system of length and weight that predated the metric system by over a hundred years. He was also responsible for all manner of strange and ingenious inventions, but perhaps his most out there achievements sat firmly with his longtime fascination with space and the life that he believed was out there within it.

Wilkins believed that not only did other living creatures inhabit the moon and beyond, but that it was possible to create flying machines that were capable of reaching these places, in an age when this had been previously not even a thing. These were heady, revolutionary concepts at the time, but this did not stop Wilkins from penning sophisticated and in-depth treatises on his ideas entitled The Discovery of a World in the Moone in 1638, and A Discourse Concerning A New Planet in 1640. Some of his wild ideas on the properties of the moon were fascinating and well ahead of their time, many of them quite accurate in retrospect, such as that the moon created no light of its own, but rather merely reflected the sun’s light, and that it was constantly hit by meteorites that left impact craters and orbited Earth in the same way that the Earth orbits the sun. In fact, Wilkins was describing how bodies orbit each other and stay aloft long before Isaac Newton was contemplating such things. Of course he was wrong about quite a few things, such as erroneously concluding that the moon had its own atmosphere, but for the era his predictions were extraordinary. 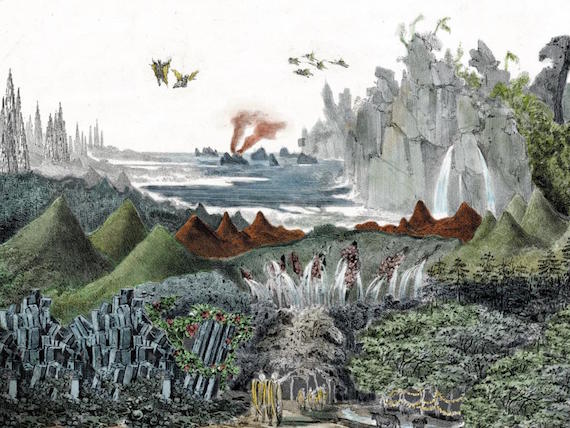 Not only this, but he also believed that trade could actually be established with these proposed beings, and his first target was the moon and its inhabitants, which he called “Selenites,” and with who he seriously began plans to establish trade with. To this end he began drawing out plans for a flying ship to reach it, very much like a sailing vessel in basic design, but with wings instead of sails. In Wilkins’ opinion, the craft could be outfitted with feathered wings and powered by a combustion engine, which would by his (unfortunately wrong) calculations manage to escape Earth’s gravity, which he viewed as merely a type of magnetism. For this planned mission, Wilkins made no plans to provide food rations for passengers, as he was convinced that a zero gravity environment would not generate hunger, and he also did not account for any oxygen that would be needed by these early astronauts, as it was thought they would be able to breathe up there just fine, with him writing, “space travelers would soon grow accustomed to the purer air breathed by angels who inhabit the vast space between planets.” Looking back with what we know now it all seems kind of silly, but Wilkins was very serious about building this craft, and went about drawing up plans with fellow astronomer Robert Hooke, with all of the enthusiasm of two little kids making a boat out of a mattress to take them around the world. It is extraordinary, as remember that this was an age when vehicles like cars and airplanes were not even on our radar yet, not to be invented for hundreds of years.

Unfortunately for these two complete and utter early space geeks, reality began to set in before they could get their death trap off the ground. With new discoveries in the nature of vacuum and magnetism, Wilkins realized that gravity and magnetism were different, and that his calculations were therefore way off. It occurred to both Wilkins and Hooke that this whole space travel thing wasn’t going to be as easy, or cheap, as they had thought, and that the technology to do so simply wasn’t feasible yet. They would both go on to other work, and Wilkins would pass away in 1672 at the age of 58, having never realized his dream of trading with those lunar aliens or of even getting to space period. Yet although Wilkins ultimately failed he is still one of the first pioneers of the field of space travel, and one of the first to seriously contemplate how to achieve it, giving him a place in history as a great daydreamer and innovator. 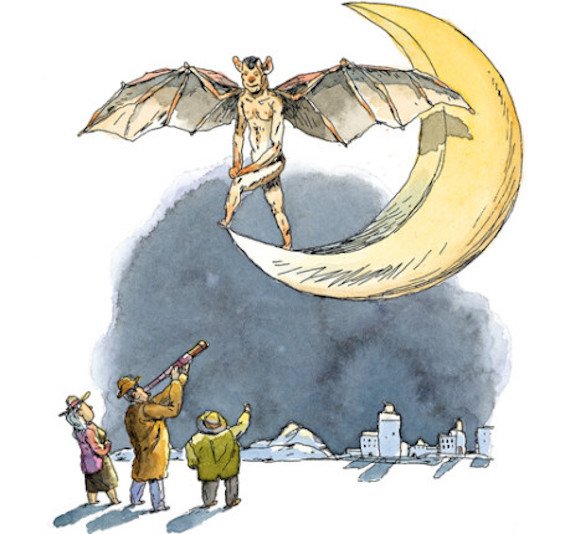 Despite the fact that Wilkins’ ideas on space travel and trade with aliens on the moon were dashed, the idea that there were indeed living beings on the moon endured, and that brings us up into the 1800s, when in 1835 there appeared a series of six articles in the New York Sun newspaper, authored by a “Dr. Andrew Grant,” which were fantastical to say the least. The articles claimed that the great astronomer Sir John Herschel had discovered concrete proof of life on the moon, which was apparently not only inhabited, but absolutely teeming with life. The articles, supposedly reprinted from a publication called The Edinburgh Journal of Science, claimed that all manner of incredible animals and entities had been discovered on the moon, as well as lush vegetation, oceans, forests, and rushing rivers and even an intelligent civilization of bat-like flying humanoids.

When the series of articles appeared the populace was spellbound, with everyone looking up at the moon and imagining what wonders were up there, and even such imminent scientific establishments as Yale University were lured in by it all, but, as you must no doubt have surmised by now, it was all hogwash. Grant was a completely fictitious character, and the whole thing had been merely a satire of ideas on life on the moon and publicity stunt to increase sales conjured up by Sun reporter Richard Adams Locke. Even Herschel had had no idea about his name being used for such a stunt, although he at first reportedly found it very amusing. What has gone on to be called “The Great Moon Hoax” had other ramifications, such as many people refusing to believe that it was a hoax even after the paper admitted it, citing conspiracies, as well as none other than Edgar Allen Poe accusing the paper of plagiarizing his work The Unparalleled Adventure of One Hans Pfaall. 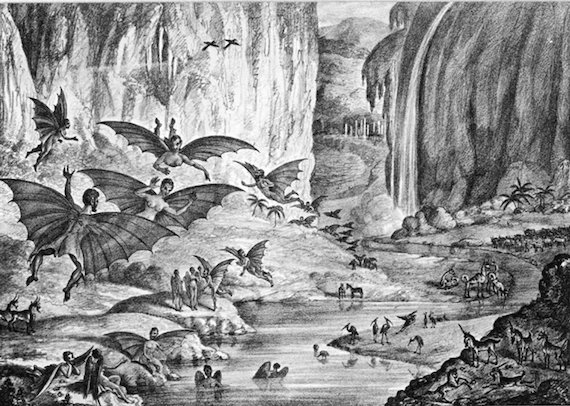 Although it was all a hoax, it was still very indicative of the public’s belief that life existed on the moon and it really stirred the imagination at the time. Hoax or not, this was an age when it was still perfectly reasonable to suppose that biological life existed on the moon, and both Herschel and his father, William Herschel, had worked to try and document such life. Indeed, William Herschel had in 1778 seriously claimed without irony or satire that he had discovered cities on the moon. Not long after the Great Moon Hoax, in 1838 there was also the claim by popular astronomy writer Thomas Dick that he had used a telescope to find that “the Moon is inhabited by rational creatures, and that its surface is more or less covered with vegetation not dissimilar to our own Earth.” In 1846 there was also the assertion from the textbook Young Astronomer that there was life on the moon. Science writers from there and beyond would continue to make such claims well into the 20th century, and for sure there were still people believing we would find vegetation and aliens up there when the Apollo mission landed there (or not, depending on your angle). Indeed, even Carl Sagan was entertaining the thought of some form of life on the moon right up to the Apollo missions, even training astronauts on what to do if they encountered biological material there and establishing quarantine procedures for any contact with organic material, and even after the missions discovered it to be a lifeless rock there has been speculation that some sort of organism may exist there.

Although increased understanding about how space, planets, and the moon work increasingly squashed all debate on whether life exists up there on the moon, it is still an interesting peek into another bygone era when the amazing possibility of life on the moon was still alive and people had a sense of wonder about it all. It marked the beginning of our longing to reach out past our own planet to space and beyond, to see what amazing sights await us, and whether the moon has or ever had organic life as we know it. It is a chapter in our species' desire to go out over new horizons and connect with other life in this cold universe we spin about, currently totally alone.

A Review of “MOMO: The Missouri Monster” from Small Town Monsters