Mysterious Exhuming of John Dillinger’s Grave May Disturb His Ghost

On July 22, 1934, Depression-era gangster John Dillinger was killed by FBI agents as he left the Biograph Theater in Chicago. Or was he? More than 5,000 showed up at the Crown Hill Cemetery in Indianapolis for the burial of his wooden casket. While some accounts say it was encased in cement, the most accepted one is that Dillinger’s father had the casket buried under a concrete cap, scrap iron and four slabs of reinforced concrete. Was it to protect the remains from his former gang? From morbid curiosity seekers? Or was it to hide the fact that the family tricked the FBI into shooting someone else and buried that body instead while the real Dillinger escaped? Someone is in that grave and someone’s ghost haunts the Biograph Theater and a hotel in Tucson where Dillinger stayed before he was captured. Whose?

We may soon know at least some of the answers. The Indiana State Department of Health approved a request by Dillinger's nephew, Michael C. Thompson, to have the body exhumed from Crown Hill Cemetery and then re-interred there. While they claim there’s no connection, The History Channel will be there to document the exhumation and examination. Not all of Dillinger’s relatives are behind this project. Dillinger’s great-nephew, Jeff Scalf, thinks it’s “desecrating the dead." 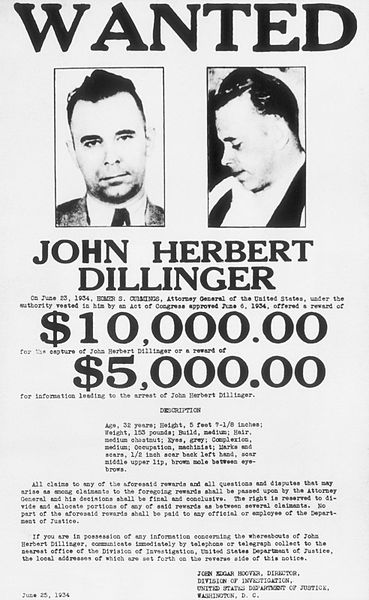 What about the ghosts?

The Biograph Theater is said to be haunted by Dillinger’s ghost, but the scariest accounts come from the alley behind it, where Dillinger was killed. Some stories say a shadowy figure is seen running in the alley before falling as if shot and disappearing. The shadow cannot be identified, leading some to question whether it’s Dillinger or the alleged double.

Another haunted spot with a Dillinger connection is the Hotel Congress in Tucson, Arizona. A fancy hotel known for catering to wealthy guests, the third floor of the Hotel Congress caught fire in January 1934 and residents of that floor had to be evacuated. One group that resisted leaving was John Dillinger and his gang, who were hiding in Tucson after a series of bank robberies back east. They were finally convinced to leave, but they regretted it. On January 25, Dillinger and the gang were arrested in Tucson and taken to Indiana. Dillinger escaped six weeks later, but the problems that started at the Hotel Congress contributed to his eventual demise. You remember the Hotel Congress, right? It was restored, but four rooms there are said to be haunted. Is it Dillinger coming back to get even?

The Chicago Tribune says the Indiana health department expects Dillinger's body will be exhumed and re-interred on Sept. 16 — the date listed on the permit issued to Michael C. Thompson. The Tribune contacted the Crown Hill Cemetery, which has no information about the plans to exhume Dillinger’s body. It also received no response from Savanah Light, the funeral director whose name is listed on the permit. 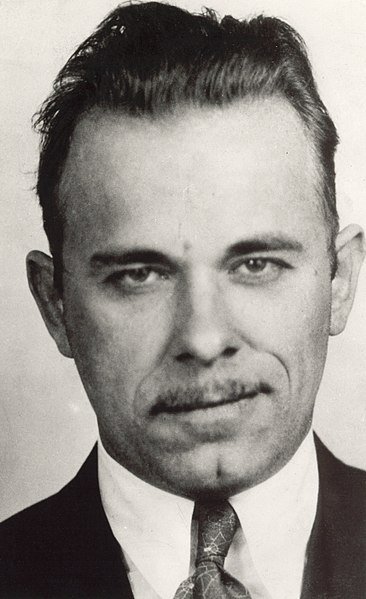 Why is Michael C. Thompson exhuming John Dillinger’s body? Will he share what he finds? Will this put the ghosts to rest? Will anyone be watching at the Biograph Theater or the Hotel Congress?

Will someone start a ‘Storm Dillinger’s Grave, He Can’t Shoot Us Anymore’ movement?

Anarchy in the U.K. – Animal Mutilations