There are many haunted places in this world, ranging from the usual haunted houses, to all manner of places including hospitals, schools, shipwrecks, beaches, and many, many more. It seems there is no limit to the types of places that may be infused with ghostly forces and high strangeness, and here we will look at some very haunted ranches lying out in the remote, bleak wilds of the United States. These are places tucked away from the rest of the world at large, often with colorful histories and invaded by forces from beyond the veil of our known reality.

One supposedly haunted ranch that seems to be a wellspring of paranormal activity is located in the badlands of rural central Texas. Called “Three Partners Ranch,” it and the three thousand acres of land it sits upon were acquired by three cowboys named Johnny Way, Mike Richards, and Bobby in 1995, with the plan being that they would rent the land out to hunters as a business. However, shortly after moving in they would claim that they were accosted by all manner of paranormal activity. Indeed, from the very first night they were kept up by an extremely loud and apparently angry unseen entity that would bang on the walls, throw things around, drag furniture across the floor, making odd whistling noises, and stomp through the halls with heavy footfalls. Johnny Way would say of the intrusive sheer noisiness of the apparent spirit: 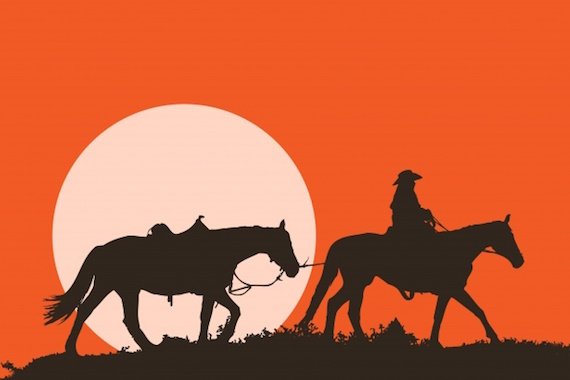 This was heard by all of the men, and they would then go on to experience numerous incidents of other strangeness. On one occasion, Way was out in one of the out buildings when he heard his name whispered from the dark, and things would only graduate in intensity from there. One evening, a shadowy figure was seen sitting on the edge of one of the men’s beds, shortly after which one of the men, Mike, would be seemingly attacked by the apparition, with his leg experiencing intense pain and some unseen force holding him down. Indeed, Mike seemed to in particular be targeted and tormented by the spirit during their time there. Of the entity on the bed, Way would say:

It had to be like two or three in the morning. The side of my bed smashed down…like someone had stepped on the side of it with their foot or sat on the side of it. Which really scared me because ‘he’ had never done that before.

The phenomena would be witnessed by visitors to the ranch as well, such as Mike’s sister, who visited one evening and also heard the raucous spirit, as well as a whistling, howling noise that purportedly continued for hours. The TV show Unsolved Mysteries did an investigation into Three Partner’s Ranch, bringing in parapsychologist William Roll, who managed to record many of the loud noises, as well as strange magnetic fluctuations in the house and on the land. He would speculate that the magnetic disturbances were causing hallucinations in those who lived there, and that the loud sounds were caused by the shifting of great limestone slabs underground. For their part, the three witnesses claim that this was no natural phenomena, and that they were being accosted by some ghostly force. What was going on at Three Partner's Ranch? No one really knows.

Out in the sun-scorched moonscape of the desolate deserts of Nevada we also have the Bonnie Springs Ranch, in more recent years stylized mostly as a tourist attraction, but with a long and interesting history. The land once belonged to the native Paiute tribe, before the ranch had its beginnings in 1843, when it was created as a stopover point for wagon trains making their way west along the Old Spanish Trail. In 1952, the land was bought by Bonnie McGaugh, who began turning it into what it would become, eventually creating a miniature railway, a zoo, a restaurant, a wax museum, a hotel and saloon, and an artificial ghost town designed to fully replicate a mining town in the 1800s, all in order to make the ranch somewhat of a tourist destination. The end result is of a place seemingly frozen in the past, where visitors can somewhat experience what it was like to live back in the days of the Wild West, and it is perhaps this atmosphere that has contributed to talk of ghosts and hauntings.

There are several spirits that are said to prowl Bonnie Springs Ranch. Within the replica old timey school house is said to roam the ghost of a little girl, who will skip about laughing and sometimes ride the little merry-go-round outside. The ranch’s wax museum is also said to be haunted, with the figures said to sometimes inexplicably change positions or move about on their own or even appear to be breathing. There is also the ghost of a grumpy old man who pops up from time to time all over the ranch to tell people to leave him alone or go away, and the replica opera house supposedly has a sinister and menacing shadow figure that follows people around and swears in EVP recordings. Such phenomena were long reported by visitors to the area, but unfortunately Bonnie Springs Ranch was sold and closed down in 2019, left abandoned to the elements with only its ghosts left to wander about it.

Another intensely haunted ranch in Nevada is a ranch owned by none other than Thomas Bigelow, also owner of the infamous Skinwalker Ranch in Utah. This lesser known ranch is called The Mt. Wilson Ranch, located in the region known as Schoolmarm Basin, Nevada. The ranch is supposedly ground zero for all manner of high strangeness, including UFOs, ghostly phenomena, strange bouts of missing time, and others, much of it covered in Jacques Vallee’s book Forbidden Science: Volume 4, in which he describes the ranch as follows:

We reached the place mid morning. The first thing we saw was a row of wooden western buildings that reminded me of Dodge City in the movies, with peeling paint on their tall fronts. The balusters along the porch-like sidewalks seemed to herald the arrival of tired cowboys on their tall horses.

One of the main ghosts said to prowl about here is that of a tall Native American, and there is intense poltergeist activity everywhere here, to the point that it is a popular destination for ghost hunters. Notably, the TV show Ghost Adventures, with host Zach Bagans, did an investigation here, and they supposedly had all manner of strange incidents during their stay. Besides sighting strange lights in the sky over the nearby mountain, the crew also had other experiences, such as numerous equipment malfunctions and battery drains, hearing strange noises such as growls, whispers, and rumblings, sightings of various anomalous things including shadowy apparitions, orbs, and moving objects, and the the sudden appearance of the aroma of coffee. In addition to this, the crew claimed to have been actually physically accosted by the mysterious forces here, such as Zach feeling a pain in his groin, crew members feeling inexplicably ill, and taps or pushes by unseen hands. It is hard to know exactly what is going on at Mt. Wilson Ranch, or why it should have so much strangeness going on, but it seems to be very potently haunted.

Lastly we have the ominous tale of what is called the 101 Ranch, located near Ponca City, in the northern part of the state of Oklahoma. It was originally constructed by the Miller family in 1893 during the oil boom, and would go on to become one of the largest working ranches in the country. It was also known for its massive traveling Wild West show, which featured all manner of rodeo acts and the talents of such well-known performers of the day as Will Rogers, Pawnee Bill, and Bill Pickett. The ranch became a cowboy getaway and a base of operations for the show and a profitable empire, and things were very good for a while until darkness came for them.

Beginning from the early 1900s, a series of accidents and tragedies seemed to target the ranch and its owners. In quick succession two of the three Miller brothers would die off, with one killed by carbon monoxide poisoning and another in a car accident, the third and youngest brother, George Miller, tried to run the family business on his own but it was too massive for him to handle. With the coming of the Great Depression, the Miller family and their 101 Ranch began to groan under the weight of their woes, financially crumbling to send the whole operation toppling down. The land was sold off, the buildings abandoned, and the ranch would become nothing but feral, scrub choked badlands, with nothing but the ruins of some buildings and rusted silos to show that this once burgeoning enterprise had even existed at all. It is perhaps no surprise that the ranch has been said to be haunted to this day, with the Miller brothers still lurking about, the sound of laughter echoing through the night, and other, less definable specters darting amongst the tumbleweeds and ruins of what once was.

What keeps these ghostly forces tied to these places out in the middle of nowhere? Who are these ghosts and what do they want? Why should they remain left behind? Are these past times imprinted onto the fabric of these places like film on a camera? Are they spirits of the dead forever tethered to these locations, and if so do they even know they are dead? There are no real answers at the moment, and the spooky tales of these remote ranches merely add to the lore of ghostly haunted places of the world.