‘Biofluorescent World’ may not have the same cachet as Jurassic World, but it may be closer to reality … and it just might be the place where we finally find extraterrestrial life forms. A new study proposes that the exoplanets with the highest probability of hosting life forms are often hit with heavy doses of ultraviolet radiation and life there may develop the same protective mechanism that some undersea coral use on Earth to protect themselves – biofluorescence. The end result would be that these life forms would glow in soft blues, greens and other colors that could easily be picked up by telescopes trained to look for them. Will the catchphrase of the inevitable remake of everyone’s favorite extraterrestrial movie be “ET, put on a shade!”?

“Our first targets in the search for signs of life are orbiting nearby M stars, such as the planets in the Proxima Centauri, Ross-128, LHS-1140, and TRAPPIST-1 systems.”

In the latest edition of the Monthly Notices of the Royal Astronomical Society, Jack O'Malley-James, a research associate at the Cornell Center for Astrophysics and Planetary Science, describes how he and co-author Lisa Kaltenegger from the Cornell astronomy department decided where to look for glowing aliens. Those four M-stars are spot. Especially when they're already peering at M-type stars. Also known as red dwarfs, those are the most common stars in our universe, and they happen to host a lot of planets in their Goldilocks zone. 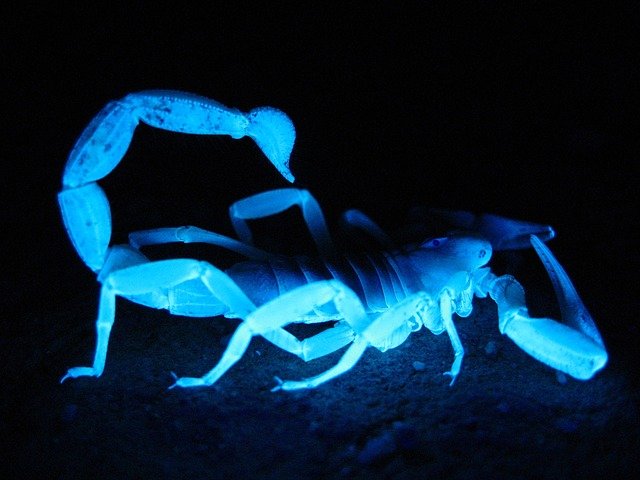 Unfortunately for any planets orbiting them, they also emit solar flares that can engulf these planets with ultraviolet radiation, especially if they’re in the Goldilocks zone where life is most likely to develop. As the saying goes – if the radiation doesn’t kill it, it will make it stronger … or at least adaptable to it. That’s what some forms of coral do in shallow waters – absorb blue and ultraviolet photons and re-emitting them at longer wavelengths which just happen to be fluorescent. That's bioflorescence -- the emission of light by a substance that has absorbed light of a shorter wavelength. (FYI:  bioluminescence is a chemical reaction that generates light and is independent of radiation.)

“If you and I would have evolved on such a world, we would probably glow too, as that would have had advantages in survival.”

Kaltenegger’s point in LiveScience is logical, but would there be enough of us glowing brightly so that we could be seen by telescopes in other solar systems? Possibly, if enough of us and all of the other life forms on Earth were biofluorescent. Of course, that’s not the case since we have an atmosphere that blocks most of the rays from us (and sunblock for the rest). O’Malley-James and Kaltenegger are hoping that planets orbiting nearby red dwarfs in their Goldilock zones will have enough bioflourcent beings to light up the planet, even briefly, so that one of our telescopes can pick it up. One of our future telescopes, that is. Our current models can’t pick it up – or they would have already. 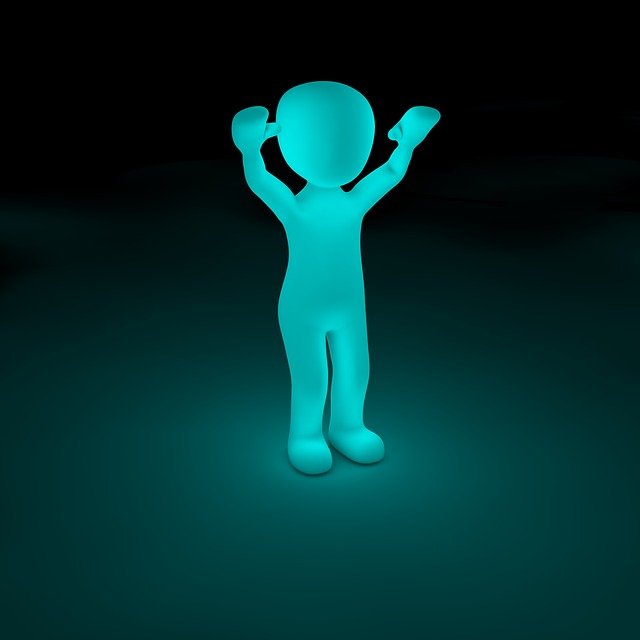 What about when life forms from these glowing planets send their ships to Earth? Will we be able to spot them at night? Will they look at our pitiful non-glowing bodies with disdain?

ET wouldn’t do that … would he?

The Bizarre Case of the Witch of Baldoon