Storm Iraq’s Stargate? It May Have Already Been Done

The original "Storm Area 51, They Can't Stop All of Us" event may have been a hoax, but it’s spawned a stampede of similar stormings at paranormal hotspots around the world. One that may have been overlooked is the alleged stargate portal in Iraq. Did you overlook it too? That may be because it’s in a dangerous and secret area, but that didn’t stop the U.S. military, which may have already stormed it. Wait … what?

"The Bush administration recognized that Hussein had some very, very valuable relevant information concerning the ancient history of the planet. Either technology or texts basically confirming this and he was going to release this to the general public. I think that was a big part of the reason why the Bush Administration went into Iraq, to stop Hussein from revealing this information and to also get control themselves."

That 2017 quote in Vice came from Dr.Michael E. Salla, a “pioneer in the development of ‘Exopolitics’, the political study of the key actors, institutions and processes associated with extraterrestrial life” (according to his biography at exopolitics.org). In 2004, Salla wrote ”Exopolitics: Political Implications of the Extraterrestrial Presence,” which is considered to be the first book on exopolitics. 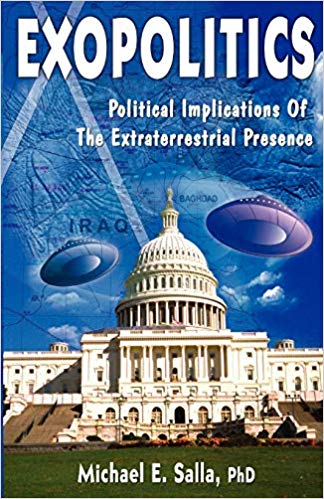 The author of numerous other books on a wide variety of paranormal and extraterrestrial subjects (“Exposing U.S. Government Policies on Extraterrestrial Life,” Galactic Diplomacy: Getting to Yes with ET, “Kennedy’s Last Stand: Eisenhower, UFOs, MJ-12 & JFK’s Assassination” to name a few), Salla is back in the news with a new book, “US Air Force Secret Space Program: Shifting Extraterrestrial Alliances & Space Force,” the latest in his series on classified space programs. While the book sounds interesting, the Daily Star uses the opportunity to bring up one of Salla’s most controversial beliefs – that the Second Gulf War (and part of World War II) was fought to get control of a stargate that Saddam Hussein had uncovered and possibly got working.

In a nutshell, Salla claims that an Annukai (the aliens from Nibiru) spaceship was accidentally shot down by a US Air Force F-16 during the first Gulf War in 1991. He believes it was on a mission to activate a stargate hidden in Iraq, possibly beneath the "Dark Ziggurat" of Enzu or perhaps in Baghdad in the basement of one of Saddam Hussein’s many palaces – where a better plan would have been to deactivate it before Saddam did something apocalyptic. This is the same stargate which the Nazis were said to be looking for during World War II.

“Hussein controls the ground in Southern Iraq, and is permitting the German led excavations in Uruk, while the US led coalition controls the sky and is monitoring the situation. The Bush administration wants control of Iraq territory to take control of excavations of Uruk to uncover its buried Stargate, and closely monitor and control it. In contrast, Hussein wants to find and activate the Stargate for his greater glory and presumably the benefit of humanity.”

Yeah, right. Would Saddam Hussein really have the good of humanity in mind if he found a portal that allowed instantaneous space-time travel across the universe? Salla believes that the so-called Dodgy Dossier (officially called “Iraq – Its Infrastructure of Concealment, Deception and Intimidation” dossier) used by George W. Bush and Tony Blair to justify the 2003 invasion was a coverup for the search for the stargate. He also thinks the US involvement in the
Syrian civil war and the talk of invading Iran are also coverups for gaining or maintaining control of other locations of classified ‘alien’ technology in the Middle East. 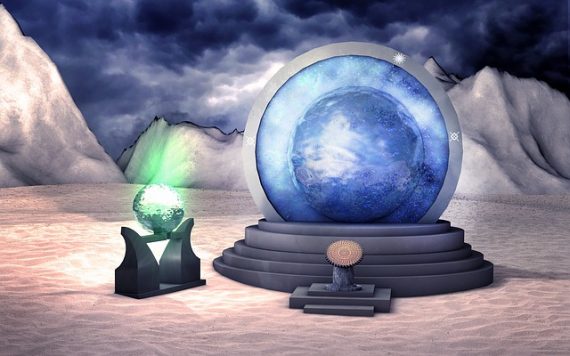 Are you ready to storm the Iraqi stargate? Do you remember what happened the last time someone did that? This doesn’t sound like much fun compared to the beer-beef-and-band fest that Storm Area 51 has turned into. However, it’s definitely an interesting theory connecting an awful lot of remote dots, although the lines don’t really contain much in the way of concrete, visible or verifiable evidence. Salla says in the Vice interview that’s because anyone – like a curious politician, for example – who digs too deeply gets an offer they can’t refuse.

"Any congressman who wants to investigate this topic, if they take steps to actually investigate it, they are quietly approached and given the ol' carrot and stick treatment and most congressmen accept the carrot and are basically promoted."

Forget storming the Iraq stargate. I hear Loch Ness is nice in September and there’s plenty of hotels and Scotch.

Taking a Look at Dogs of the Supernatural Kind