Wanli is a beachside town in Taiwan that’s been abandoned since the 1970s and nobody seems to know why. The fact that it’s been abandoned for several decades isn’t even the oddest thing about this town – it has very creepy-looking UFO-shaped houses. There are, in fact, only two types of houses in this town – the flying-saucer-shaped ones that are called Futuros, and the boxy, square homes that are named Venturos.

Futuro houses look like flying saucers with an airplane-style front door and windows. The circular space inside of the houses contain a kitchen, bedroom, bathroom, and sitting area. Originally, the pre-fabricated plastic houses were created as ski chalets that were so light they could be airlifted to any location. The ones in Wanli, however, have pebble-concrete steps in addition to the flying-saucer-type legs.

According to Atlas Obscura, it was Finnish architect Matti Suuronen who designed the houses, but the ones in Wanli apparently weren’t sanctioned by him. So the question of where the houses originated from and when they were built remains a mystery.

In addition to the strange-looking homes, there is no real explanation as to why the town was abandoned in the 1970s, although people suspect that it had something to do with a property development that was built close to the area, as well as the fact that the construction of the houses became much too expensive to complete.

Not only has the town been mysteriously abandoned and has UFO-shaped homes, it also has a reputation for being haunted. There were numerous mysterious accidents and suicides during its construction that suggests that something paranormal is lurking there, according to Insh. Even construction workers who were at the location were scared away due to the alleged ghost sightings. A video taken by Insh (which can be seen here) gives an inside look at the abandoned town. 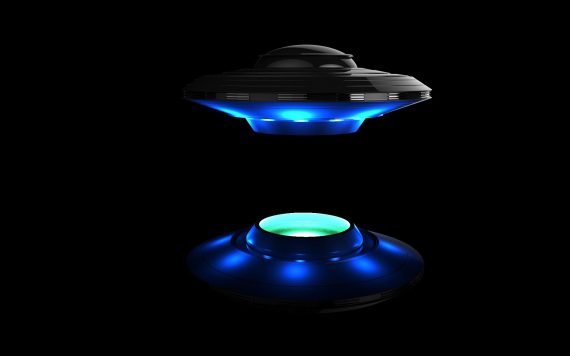 Unfortunately, many of the UFO-shaped homes are in really poor conditions with the insides crumbling apart, wallpaper torn off the walls, and wrecked furniture from the mist of the salty sea water as well as typhoons that have battered the area. Old yellow-colored newspapers, unmade beds, and rusty old tea kettles litter the dirty floors of many of these homes.

On a positive note, there are a few residents who have cleaned up some of the homes and who are currently living in them. Some developers are interested in the “UFO village” and so far four of the Futuro houses have “vanished” from the site. It’s unclear whether the flying-saucer-themed houses will eventually be demolished, but for now this is one of the most bizarre-looking places on Earth and an interesting spot for UFO enthusiasts who want to check out the location.

The Mystery of the Bible Codes