Millions of years ago, some of the most remarkable creatures ever to walk the earth would begin to emerge out of East Africa. Loping along with ease, their forelimbs could just as easily carry them at speed along the ground as they could into the heights of trees. These remarkable creatures were adept in several different kinds of locomotion: in addition to their climbing prowess and their four-legged movement across the ground, they could also stand upright and, perhaps stumbling at first, carry themselves aloft on two legs for impressive distances.

With time, these arboreal creatures began to learn that standing upright gave them several advantages; no less among them had been the ability to see greater distances and to spot predators when they were further out. On such occasions, the little creatures could emit sharp whistles and other sounds that, with time, became more and more complex as the sounds turned from shrill warnings to outright mimicry of the sounds produced by the other creatures around them.

Over the passing of generations, these arboreal apes also began to create unique sounds of their own, which they could use to communicate with a depth and clarity no other creatures in the animal kingdom had ever mastered.

These early apes where hungry, like all creatures in nature, but they had something else that motivated their actions apart from a sheer desire for food: curiosity. As they moved about, they began to master their environments, first using stones to break open nuts, seeds, and shells and to grind simple grains that grew in their habitat. Pounding these rocks against hard surfaces often caused them to fracture; there is little doubt that these creatures soon realized how much more could be done with a stone that bore chipped, sharpened edges.

Their curiosity carried them further and further along, and by around 2 million years ago, early migrations by the upright walking ancestors of modern humans out of Africa and into other parts of the world were well underway. These early humans spread first into parts of the Middle East, and then into Europe; by around 25,000 years ago, the genus Homo could be found on each of the world’s continents, with the exception of Antarctica. 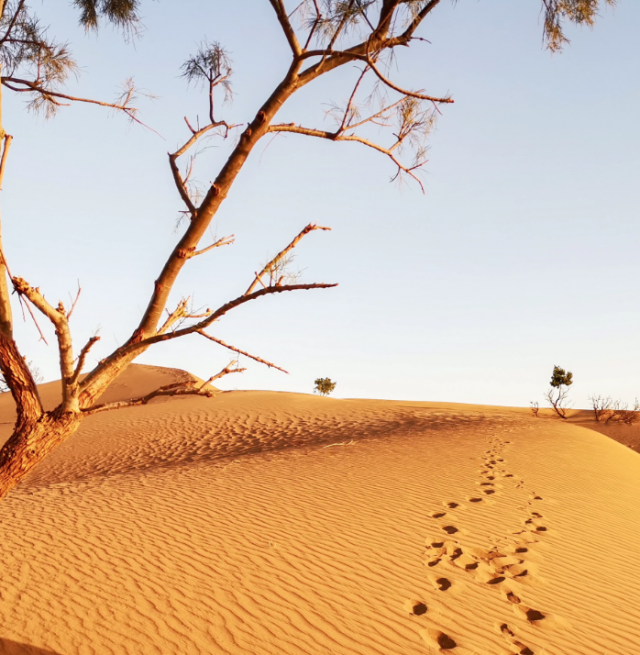 The debate has continued as to when, precisely, modern humans first arrived in the Americas. With each new discovery that pushes back the timescales on such migrations to the new world, all new controversies ensue; but this is by no means anything new in the history of anthropological study.

Even at the time of the groundbreaking discoveries of the Folsom and Clovis cultures in the American Southwest during the early part of the last century, which clearly showed that humans had arrived in America by the end of the last ice age (and perhaps even earlier), much doubt was expressed by experts in the anthropological field. Most notably, Aleš Hrdlička, founder and first curator of physical anthropology of the U.S. National Museum (later renamed and known today as the Smithsonian Institution National Museum of Natural History), presumably went to his grave having never acknowledged the discoveries, preferring to believe that humans simply couldn’t have been on the American continent any earlier than 3000 or so years ago.

Today, archaeological sites like the Gault site in Texas, as well as Bluefish Caves in Alaska, clearly show that humans were there well in advance of 13,000 years ago, and perhaps even tens of thousands of years ago. Compelling discoveries at locations like Monte Verde, Chile—where radiocarbon dates may indicate a human presence as far back as 33,000 years—continues to tempt us with the idea of much earlier human arrivals in the Americas. Even more controversial sites like the Topper site in Allendale County, South Carolina, suggest dates going even further back to 50,000 years for human occupation, an idea which, understandably, remains controversial today.

But could there have been even earlier arrivals than these?

In 2017, one of the most controversial archaeological papers in recent memory was published in the journal Nature, having to do with a possible early human site in San Diego County, California. Known as the Cerutti Mastodon site, the paleontological remains found at the site, which the 2017 research team found close to stones they believe were used as hammerstones and anvils, boast a seemingly incredible radiocarbon date of 130,700 years.

“To demonstrate such early occupation of the Americas requires the presence of unequivocal stone artifacts,” said archaeologist Michael Waters of the claims. “There are no unequivocal stone tools associated with the bones... this site is likely just an interesting paleontological locality.” Detractors made the reasonable assertion that marks on the mastodon remains that indicated possible butchering were likely to have been the result of highway construction projects underway at the location in recent years. Adding to the extraordinary nature of the claimed discoveries at the site is the fact that along with an absence of any human bones, or irrefutable tools in context with extinct megafaunal remains that can be reliably dated, the site remains an outlier: where are the other sites of similar age in the region, let alone in North America? 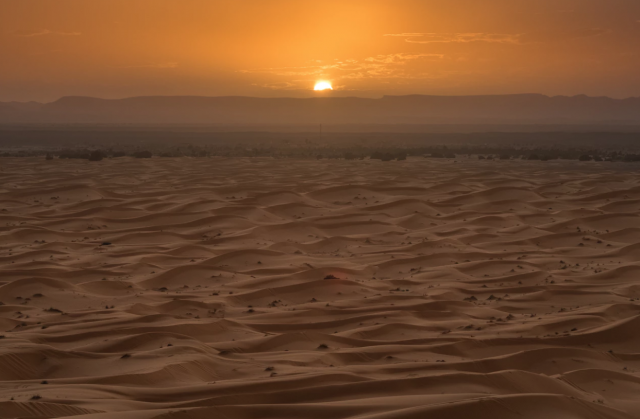 Interestingly, less than three hours from the Cerutti site is what had once been the most controversial archaeological site in North America: the Calico Mountain site, located near Barstow, California. Proponents of the site’s legitimacy contend that it is the oldest archaeological site anywhere in the Western Hemisphere, where more than 60,000 possible lithic tools were recovered during excavations, which led to a shocking discovery: some of the tools from Calico appeared to date as far back as 200,000 years.

If true, this presents a number of problems. In addition to their incredible age, this is around the same time that anatomically modern humans begin to appear in the fossil record in Africa. Hence, if tools found at the Calico Mountain site were to be reliably dated back to 200,000 years, it could only mean that their makers must have been an earlier archaic human ancestor such as Homo erectus, Homo Neanderthalensis, or even the latter’s close relatives, the enigmatic Denisovans (an implication which would equally apply to the Cerutti site).

Understandably, the extraordinary nature of these claims was not received well by the anthropological community at large. However, neither were they met with complete opposition, as J. M. Adovasio notes in his Strangers in a New Land: The First Americans:

"The Calico site was by no means unanimously discredited at the time—indeed, news of the findings there garnered interest among the growing ranks of archaeological scholars whose criticism of the Clovis First model had been gathering through the 1970s and 1980s. But Calico is now held in widespread disregard among professional archaeologists, largely due to the lack of indisputable artifacts in the Lake Manix and Calico Lithic Industry assemblages, the lack of valid cultural features, a suspicion that the age of any valid archaeological deposit at the location is radically younger than that proposed, and the site's apparent position as a secondary deposit in an alluvial fan."

Needless to say, both the Calico site, and the Cerutti site just a few hours further south, will continue to have their proponents—particularly among those advocating controversial ideas about earlier arrivals in the Americas (notably, author Graham Hancock discusses these locales, and others like them, in his new book America Before, which has no doubt introduced the controversy to an all-new audience). To be able to accept such incredible antiquity for sites like these, as noted earlier, calls for more than just an open mind as to when modern humans arrived on the continent: it would also appear to require acceptance that our early hominid cousins were more highly mobile than once thought.

Interestingly, new studies in the field of genomics are helping to shed light on some of the mysteries of human ancestry. Today, traces of both Neanderthal and Denisovan DNA can be found in human populations around the world; however, the notable prevalence of Denisovans in Southeast Asia up until their demise around 40,000 years ago would likely have placed them closer to the Beringia land bridge that would have existed for a time during the Pleistocene, suggesting these mysterious archaic humans as possible contender for sites like Cerutti and Calico.

That is, of course, if they are ever reliably proven to represent conclusive evidence of a hominid presence in the early Americas. By that time, perhaps other sites will have emerged, and we will ultimately have gained a more broad understanding of humanity’s arrival in the Americas… and whether the first immigrants were really “human” in the same sense that we would recognize today.

A Ghostly Apparition And A Lonely Possessed Doll