The Mysterious Vanishing and Death of Dr. James McGrogan

On Friday March 14, 2014, a group of friends set out for a hike at approximately 8:30 AM in the morning in the rugged wilderness north of the town of Vail, Colorado. Among them was a 39-year-old emergency room doctor from Indiana by the name of Dr. James McGrogan, who was here visiting on a wilderness vacation along with some other physicians. Their target was a place called Camp Hale, which is a collection of huts tucked away deep in the mountains to serve as temporary shelters for hikers or campers in the deep wilderness. Originally built in the 1940s as the home of the 10th Mountain Division and a mountain warfare training area, in later years the huts themselves have become a popular target for hikers and backpackers in the summer, and backcountry skiers in the winter. This trip started off as a fun adventure, but by the end it would turn into a bizarre unsolved mystery that is still surrounded by spooky mysteries to this day.

The group set off on their hike up towards a hut called the Eiseman Hut, which sits perched upon a steep ridge and is a prized location due to the breathtaking view of the Rocky Mountains it commands. Although only 4 miles from the group’s starting point and right near US Interstate 70, the hike itself was up a meandering 9-mile trail through steep and treacherous wooded terrain, and the hut is not considered easy to reach, one of the reasons it is such a popular target for hikers. Although it was to be a challenging hike, McGrogan and company were experienced with the outdoors and well prepared. McGrogan himself carried with him a cell phone, basic medical supplies, a sleeping bag, avalanche beacon, GPS, warm clothing, and plenty of food and water, and since the weather was clear at the time they seemed prepared for anything.

The group departed and had no problems at first, with everything going smoothly and according to plan. At approximately 10 AM, the group was around 5 miles from their destination and stopped to take a rest, and shortly after that McGrogan said he was going to check it out ahead a bit and that he would meet up with them down the trail. Not long after McGrogan was out of sight, the rest of the group continued on, but they didn’t see him anywhere and upon reaching the hut there was still no sign of him. The group called his name but there was no response, and after a search of the area they could see no sign of McGrogan, who had been wearing a bright jacket. After spending the rest of the day searching for McGrogan and finding no trace of him, they contacted the Eagle Valley Sheriff's Department to report him missing.

A search was mounted and the area exhaustively combed for five days by parties on foot, snowmobile and in helicopters, but no sign was found of the missing doctor and they were forced to call the search off when the winds became too dangerous. In the meantime, McGrogan’s companions were baffled as to how the man could have vanished so completely and so quickly, as he had only been out of sight for a few minutes at most and there had been no cries for help. Indeed, one of the members of the group would tell authorities that the group had actually been pretty close to him the whole time and that he wasn’t sure how McGrogan could have gotten separated from them and the trail, which was well-delineated.

For two weeks after the search officially ended it seemed as if the doctor had just stepped off the face of the earth, and then two backcountry skiers happened to stumble across McGrogan’s body lying face down on an ice fall four and a half miles from the trail he had been on, oddly in an area that had been searched multiple times. An autopsy would be performed and the official cause of death would be reported as trauma caused by a fall, but while the question of whether he was still alive or not was now answered there were still many other questions swirling about.

For one, there was an odd, under-reported detail about the body that seems remarkably odd, and that is that when McGrogan’s body was found he was missing his shoes. In fact, even after an intense search his shoes have never been found. Why would he take them off in such cold, snowy weather and where did they go? Adding to this puzzle was the location of the body, over four miles from the trail. Did he get lost? Why would he have left the trail to end up all the way out there to fall to begin with, and why would he take off his shoes to do it? Considering the rocky terrain would it even be possible to traverse it in such freezing weather and through snow drifts without footwear? It is all rather odd. 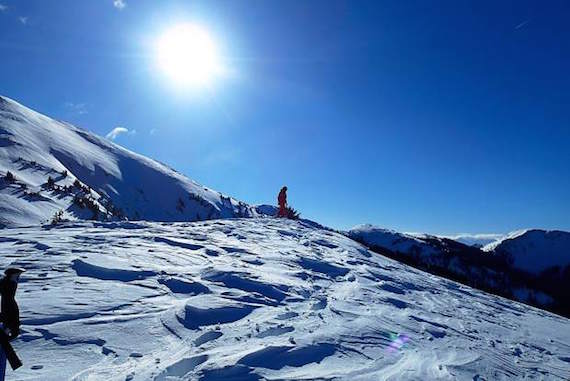 There is also the fact that he had an operational cell phone and GPS system, which was found on the body and still in working order, so it seems strange that he should get lost. Also, how did he manage to evade what were reportedly numerous searches of the very area where the body was found? It could be that the sheer ruggedness allowed him to remain hidden after a fall, but that he was there to begin with is weird. Topping it all off is that this all happened practically right under the noses of the people he had been with, and not once had he called out for help or contacted them by cell phone, and he also had not responded to calls to him. Why should this be?

The strange case of Dr. James McGrogan has been thrust into the discussion of vanishings largely thanks to The Missing 411 series of books, by missing persons researcher and former law enforcement officer David Paulides, largely because the case follows some specific, odd details present across many of the hundreds of strange disappearances he has covered. For instance they are gone within minutes or even seconds, in many cases the ones with the missing can’t figure out or even remember how they were separated, and when bodies are found they are often far from where one would expect or in inaccessible areas, in most cases face down, and in many cases missing their shoes or other articles of clothing. It is curious that the McGrogan case meets these criteria, and although Paulides never suggests reasons for why these details should be so persistent, it is all very strange indeed. In the end it is hard to tell just how McGrogan came to meet his end in such a strange way, or whether it is related to other similar cases in any way, and it is a case that will probably generate discussion for some time to come.

Stories in Stone: The Enduring Mystery of the Danzantes of Monte Albán