The “Storming Area 51” Controversy and an Earlier, Similar Affair

More and more, and day by day, people are asking me for my thoughts on the "Storming Area 51" saga. I'll get right to the point. No one at all should ever be contemplating illegally penetrating a U.S. military base or a classified government facility. Trying to break into such a place should not be considered a bit of fun. It's dangerous, reckless, and potentially deadly for anyone who thinks it's cool to descend on Area 51. And, you would be breaking the law, to the extent that you would almost certainly end up  serving significant jail-time. Just because the installation has a longstanding history of ties to the UFO phenomenon does not give anyone the right to try and "invade" the place. The only result for the idiots (there's no other word that fits them better) who might be contemplating such a thing is a very, very bad one. It should be noted that something similar - to  a degree anyway - occurred decades ago in the U.K. It was a situation that led the 1950s/1960s-era Ufologists involved to become the subjects of U.K. government files. In today's world, however, things would be much more worse than having a Top Secret dossier opened on you. Let's now take a look at that little-known, long-gone affair.

An arm of the U.K. Government’s Ministry of Defense, the Atomic Weapons Establishment – known informally as “Aldermaston” - is situated on what was previously a military base: Royal Air Force Aldermaston, Berkshire, England. It takes its name from the village that is home to the AWE. It’s important to note that in the late 1950s there was a great deal of concern on the part of the people of the U.K. that, in the event of a nuclear confrontation, the U.K. would end up getting dragged into the maelstrom and, inevitably, totally wiped off the map. The outcome of these concerns was that more and more people chose to take a highly proactive approach to making their concerns and fears known to the government of the day. This was largely due to the creation, in 1957, of the Campaign for Nuclear Disarmament (CND). 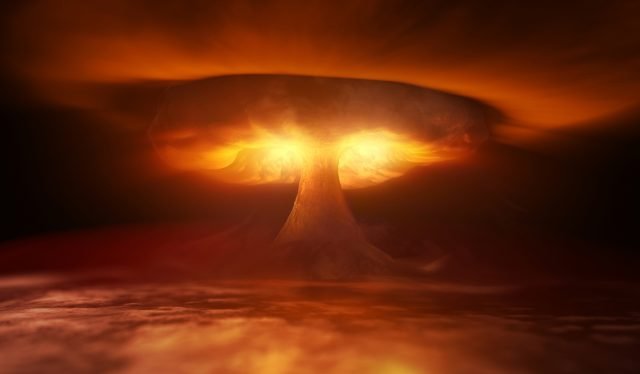 In an effort to highlight their views and worries relative to ever-growing nuclear proliferation, the CND decided to organize what became known as the “Aldermaston Marches.” The public was encouraged to hit the road – on foot – and head off from London to the AWE facility in the sleepy little village of Aldermaston, which dates back to the 12th century and that, today, has a population of barely one thousand. The first such march took place on the Easter weekend of April 4-7, 1958. It was a big event, one which let the U.K. Government know that not everyone was in accord with officialdom’s policy on nukes.

Several thousand people took to the highways and the byways, all to have their say. Loudly. The presence and actions of the CND clearly had sizable numbers of the people of the U.K. all revved up and ready to go. As evidence of this, in the march of 1960, more than sixty thousand people turned up at Trafalgar Square, London, with more than one hundred thousand making the trek to Aldermaston. It's very important to note that members of the UFO/alien-themed Aetherius Society took a proactive part in every march from 1958 to 1965 (and, as a result, became the subject of secret, government surveillance). Such was the CND’s satisfaction with the first weekend of protest, the march became a yearly event: it continued until 1965 and was briefly resurrected in 1972. 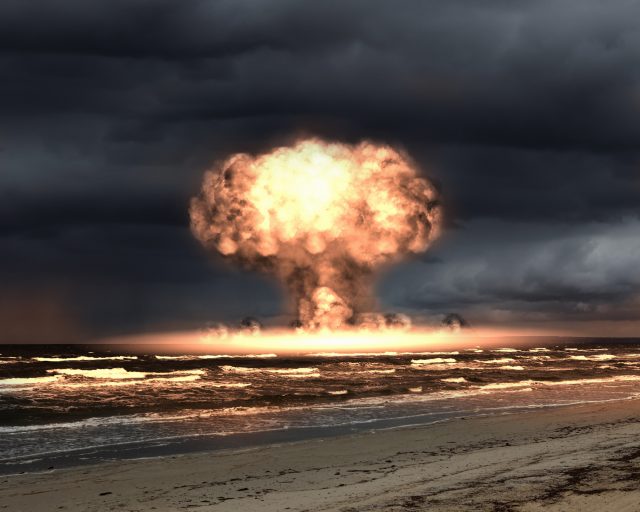 It was certainly the case that the Aldermaston marches largely went ahead with an absolute minimum of violence. U.K. authorities, though, were very concerned (and justifiably concerned) by the possibility that the demonstrations just might have been secretly infiltrated by “Communist agitators;” even by Russian operatives, passing themselves off as members of the U.K. public and doing their utmost to whip up a frenzy and to get the lowdown on the CND. Both MI5 (the U.K.’s equivalent of the FBI) and MI6 (the U.K.’s CIA) were deeply worried that the Russians had wormed their way into the hearts of the CND and those who were coordinating the annual marches to Aldermaston.

For those fucking morons (and yes, you are fucking morons) who are still contemplating heading out to "storm" Area 51, in light of the Aldermaston affair of the 1960s and the concerns of MI5 and MI6, you may want to think carefully on the possibility that some of the "stormers" among you may not be ufologists, but foreign spies, seeking out what's afoot at Area 51. Invading a government facility is something is something that should not be on the minds of anyone. Of course, the whole thing - that began as a stupid joke - may simple collapse on itself. That would be the best outcome possible. My final words to the would-be stormers: DON'T DO IT.