The Strange Case of the Manchester Mummy

In the 17th century one fear that had become rather common was that of being buried alive. While of course most people would be afraid of this at the best of times, during this era it was a very real possibility that hung over everyone’s heads, as with an incomplete and comparatively primitive medical knowledge there were sometimes mistakes in pronouncing someone dead. At the time resuscitation techniques were primitive, and ways of checking to see that someone was really dead and not in some sort of coma included such crude methods as putting hot peppers in the mouth or poking the corpse with hot irons. It was not anywhere near an exact science. It was this fear of being ensconced within the earth while still alive and screaming that would spawn one of the stranger historical curiosities, and inspire tales of hauntings and lost treasure. This is the bizarre saga of the Manchester Mummy.

There are actually a disturbing number of reports going all the way up to the 19th century of people being interred while still alive and waking up within graves or mausoleums. This was such a disturbingly common occurrence that there were various contraptions developed to prevent such a thing from happening, such as panic ropes that could be pulled by a terrified living person in the grave to ring a bell to alert the outside world, another gadget that used a ball placed on the chest of the corpse that would roll off to set off an alarm that the “deceased” was still breathing, air tubes for breathing, and other such ingenious inventions. There were also whole organizations created that were devoted to making sure that premature burials did not happen, such as the Association for the Prevention of Premature Burial. 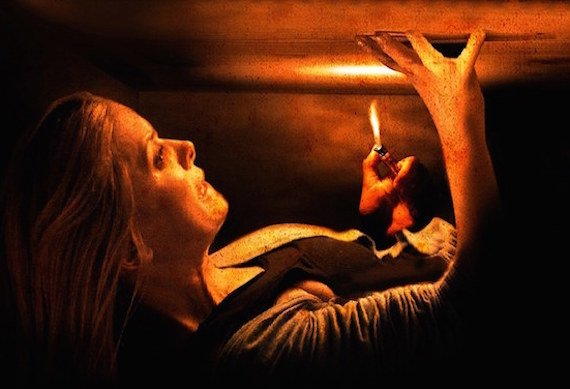 One of the many people who feared this happening to them was a wealthy woman in Manchester, England by the name of Hannah Beswick, who in 1706 had eerily witnessed this sort of thing first hand when her seemingly dead brother John had snapped awake just before they were about to put him into the ground. Although John would go on to fully recover and live a normal life, the unsettling incident instilled a hopeless, mortal terror in Hannah of being buried alive. By all accounts she was absolutely morbidly obsessed with it, to the point that she specifically instructed her family physician, Dr. Charles White, that in the event of her death her corpse was to be kept above ground in a ventilated place and regularly examined for any signs of life.

In 1758 death would finally come for Hannah Beswick, and ostensibly White stayed true to his promise, so far as making sure she wasn’t buried underground. However, it had perhaps not occurred to Beswick that Dr. White was actually a bit of an eccentric weirdo, known for collecting various medical curiosities, skeletons, deformed animal specimens, and numerous other anatomical oddities, and he was also an avid student of anatomy. He was also apparently obsessed with the embalming process used by the ancient Egyptians, and it is perhaps this obsession which led him to what he would do next. It is not known exactly what deal Beswick and White had arranged before her death, except that her corpse should be kept above ground and checked periodically for life, but what we can probably surmise is that she did not want to be embalmed. Her will makes no mention of it, and it goes against the whole point of having her corpse checked for life signs, but White went ahead and did it anyway, unable to resist his demented fascinations.

It is not known exactly how he did it, but it is thought that he would have used an embalming technique he had learned from studying under the famed anatomist William Hunter for the grim deed. This would have involved the gruesome process of draining the corpse of all blood and bodily fluids and replacing it with a mixture of turpentine and vermilion, upon which the organs would be removed and the body washed with alcohol. The organs would be washed, the body cavity filled with camphor, niter and resin, then the organs replaced and the whole of it sewn up and placed in plaster of Paris for some time to wick away any remaining moisture. The newly minted mummy was then displayed in White’s own home as one of his exhibits, most of the time kept within a grandfather clock that could pop open to show the body to startled guests with all the tact and class of a Halloween haunted house attraction. This was probably not what Beswick had had in mind, and its appearance was apparently like something out of a horror movie, bound in tight cloth and with a shriveled black face. 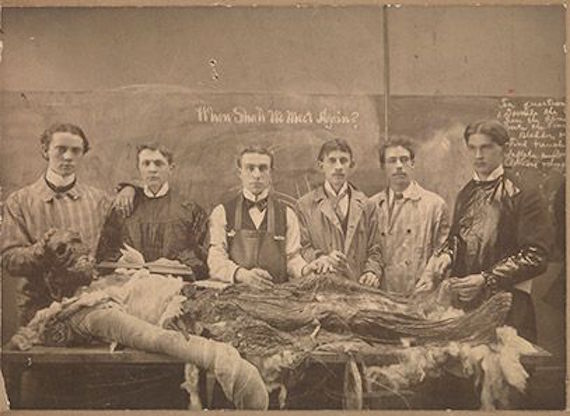 Beswick’s corpse would earn the nickname “The Manchester Mummy” and become quite the attraction for macabre curiosity seekers, including celebrities and society’s elite, and it was talked about all over town. You might be asking yourself, was all of this legal? Well, that depends on who you ask, as Beswick’s will was supposedly rather poorly worded, leaving it open to interpretation and dotted with loopholes and grey areas that White had exploited. It has even been suggested that he may have made the mummy in the first place as a loophole to avoid the stipulation that a large portion of the money he had been paid by Beswick go to the funeral services, so with no funeral, he could pocket all of the money. Not technically “illegal” by the exact wording of the will, but definitely dastardly. As to showing off the mummy like some kind of Halloween prop? Well, in those days the rules were a lot laxer when it came to medical specimens or exhibits of curiosities because it was all under the guise of being “educational,” so it’s hard to say. To this day it is not totally understood the exact legality of it all, and Beswick’s will is still picked apart and debated.

Legal or not, the Manchester Mummy was displayed at White’s house until his death in 1813, after which it was left in the care of his colleague, one Dr. Ollier, who would then bequeath it to the Museum of Manchester Natural History Society, where it continued to be a very popular exhibit. Here she was tastelessly stuffed amongst ancient Egyptian and Peruvian mummies to the morbid delight of gawking onlookers. This was after all an era when mummies were all the rage, with the public unwrapping and dissections of such specimens very popular, the country fascinated by these curiosities, and the Manchester Mummy was one of the most popular of all. Indeed, Beswick’s mummified corpse quickly proved to be one of the most popular exhibits the museum had ever had.

This went on for decades, and amazingly it was not until 1867 that Owens College, which had just acquired the museum, realized that Beswick was “irrevocably and unmistakably dead,” and that this meant she deserved a proper burial no matter how it was worded in the will. This was also at a time when such macabre exhibits of questionable educational value were falling out of favor and were losing their appeal, and the college wanted nothing to do with it. Hannah Beswick was thus buried at Harpurhey Cemetery on July 22, 1868, over a hundred years after her death, in unmarked grave to deter would-be grave robbers, notably not above ground. However, this is not even the end of the strange tale of the Manchester Mummy. 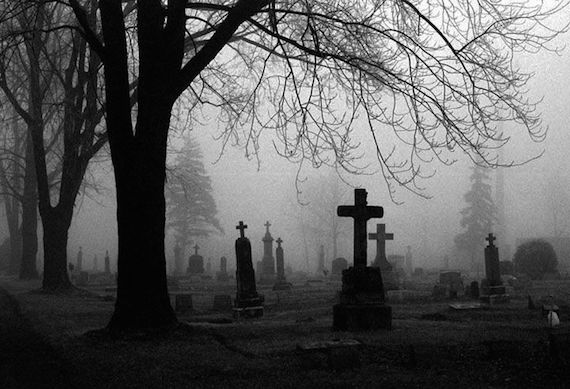 One very persistent tale surrounding Beswick is that she had hidden a good portion of her fortune when the threat of Bonnie Prince Charlie and his army of invaders entered Manchester. She is said to have told her family that she would reveal to them where her treasure was hidden, but unfortunately took this secret to the grave with her. With no written account of where it is supposed to be, rumors have circulated ever since. However, in one case some of the treasure was found with a little help from none other than the ghost of Beswick herself.

Shortly after her death the sprawling home was converted into a worker’s tenements, and many of these workers claimed that they would see the shadowy specter of a woman in black silk regularly cross one of the rooms to disappear into a wall. When one of the workers, a weaver, dug up one of the flagstones of the wall, he allegedly found within it hidden a stash of gold. The workers believed that the wraith had been Beswick herself, keeping her promise to reveal the treasure in death. The ghost continued to be seen in later years, and even when the house was torn down and a factory built over the site Beswick has reportedly still been seen roaming about. The weirdness would continue when in 1890 the Beswick family home, Cheetwod Old Hall, was torn down and a double coffin was found buried beneath one of the rooms, its purpose a mystery to this day. The case of Hannah Breswick is a curiously unsettling and at the same time fascinating glimpse into a different era. It is unknown if the talk of ghosts or buried treasure are true, but she and the Manchester Mummy were definitely real, and provide a unique historical oddity that has been discussed to this day.