The Terrifying Tale of the Gurning Man of Glasgow

Every so often tales of the paranormal feature some insidious phantom individual who seems to have stepped straight out of some dark realm to torment us. The Mothman is the most well known of these, but there have been many cases of strange individuals and entities that have popped up out of seemingly nowhere to sow fear and chaos, only to melt away just as quickly, to where no one knows. One very curious and fairly obscure account of one such otherworldy entity seems to have visited the country of Scotland, where it would go on to become one of the stranger tales of the supernatural.

In the 1970s, the Crosshill District of the city of Glasgow, Scotland, was host to a very curious visitor. Beginning in 1976, reports began to come in from frightened women who had seen a very bizarre figure roaming the lonely, foggy streets, usually described as a very tall and thin, pale bald man in his 50s, who moved in a strange, disjointed way as if he did not have full control of his body or was agitated about something. What made it stranger still was the individual’s truly bizarre behavior and seeming ability to appear or vanish at a moment’s notice, and it would not be long at all before what would come be called “The Gurning Man of Glasgow” would increase its intensity until he had the whole area in the grip of fear. 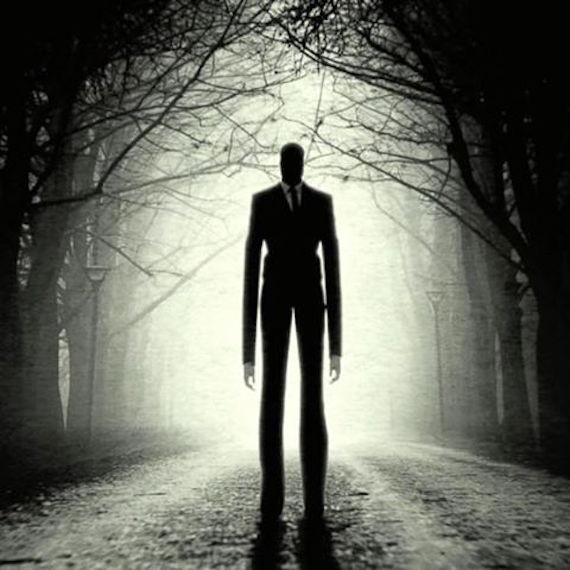 Some of the first sightings happened along the area’s gloomy streets, always at night. One early report that very well illustrates the outlandish qualities associated with the entity was given by two teenaged girls, who were walking along on their way home from a party on what was described as a night with a bright full moon. Ahead of them they sudden noticed a tall, extremely thin man who was pale, bald and wearing what looked like a tight-fitting black leotard standing in the middle of the road under the glow of a streetlight as if on a stage wanting to be seen, while moving his arms in a strange, jerky way. This would have certainly been creepy enough as it was, but things would get even more surreal when this stranger began contorting his face into inhuman countenances as he snorted and huffed like an animal. The girls wisely made a run for it, but when, screaming and panting for breath, they looked back he was just gone, despite the fact that they would claim that there had been no way he could have possibly disappeared that quickly, nowhere for him to hide out of sight since it was an open road. It was as if he had just evaporated into thin air, leaving only his terrifying visage behind imprinted into the witnesses' minds.

Whatever this thing was, it doesn’t seem to have been merely in their heads because more reports would come in from the same area. In one such encounter, an elderly woman stepped outside her home to put out some milk bottles to be collected in the morning when she noticed something moving out in the street. When she peered towards the middle of the road she then saw the unsettling sight of a tall, freakishly gaunt bald man in tight black clothing who seemed to be oddly running in place while making freakish facial expressions. The woman stared in awe and fear for a moment, and as she stood there wondering whether to call the police the mysterious stranger reportedly just vanished in the blink of an eye. 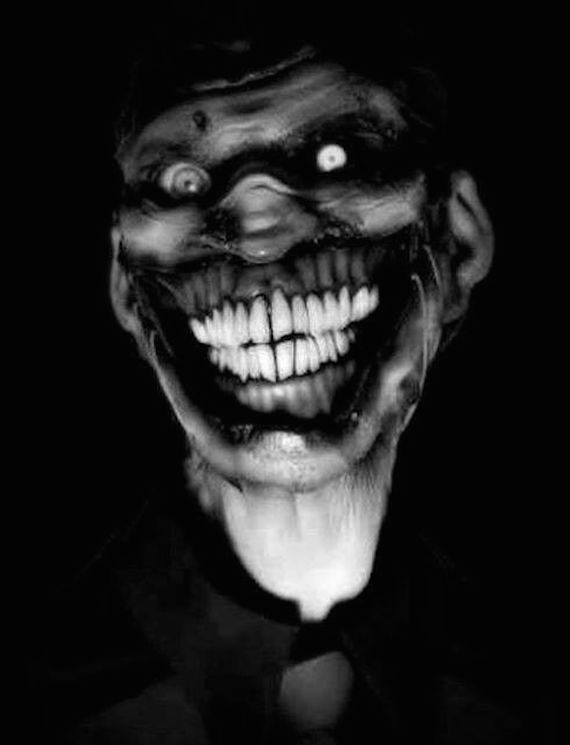 It wasn’t even on the streets that the Gurning Man was seen, and more terrifying is that there were several reports of it appearing in someone’s home. In a particularly eerie report a woman woke up one night to the sound of someone grunting or snorting in her room. She realized that the sound was coming from the end of her bed and that her husband was still sleeping soundly next to her, but things would get more alarming when she looked into the gloom to see bald man in his 50s in black clothing grinning ear to ear at her with a cold pantomime of a toothy smile and rubbing his chest vigorously. The panicked woman would report that she had been overcome with a paralyzing dread and was about to wake her husband, but didn’t have to, as the stranger reportedly suddenly let out a chilling, unearthly scream. However, when the husband bolted out of bed and turned the lights there was no one there and no sign of any break-in or intruder. Rather spookily, several other people in the vicinity would also report having seen a tall, thin intruder wearing black clothing in their homes, but in every instance no evidence of a break-in was found.

The Gurning Man would eventually be seen a total of 17 times between the years of 1976 and 1979, 11 of these on the street, 6 in people’s homes, and all from unrelated people describing the same thing, after which the sightings would stop just as abruptly as they had begun. Interestingly, every single one of the sightings was made by women, and in every instance they described being overcome with a thick, unnatural fear during the encounters and so traumatized and scared afterwards that some even moved away altogether. It is also curious to note that many of the disparate witnesses did not know each other, yet gave identical descriptions. Since these events only happened for a brief period over three years we are left to wonder what it was. Theories include that it was just some madman harassing women, or other more paranormal explanations such as that it was a ghost, an interdimensional traveller, a demon, or even a time traveller. Or is this all just urban legend and scary stories? What was the Gurning Man of Glasgow? No one knows.