One very intriguing corner of the paranormal world has nothing to do with ghosts or spirits, but rather encompasses the various supposed miracles that seem to appear from time to time. There can be medical miracles, some sort of miraculous intervention into a disaster, and others. On some occasions these miracles are experienced by countless people, lending it all more of an air of mystery, and leaving us wondering what enigmatic forces might be behind it all.

One of the better known supposed miracles, and the earliest of the ones we will look at here, allegedly occurred in the small town of Lourdes, in France. The town itself is tucked away up in the rugged in the foothills of the Pyrenees Mountains, in the Midi-Pyrénées region of Southwest France, and was long mostly not known for much except its castle, a speck of a town really, but this would change in February of 1858, when an unexplainable miracle began to make itself known, which would eventually propel this village from one just like any other in the region to being ground zero for one of the most famous miracles on record.

It began with a teenaged young woman by the name of Bernadette Soubirous, who on February 11 of 1858 was out with her sister and a classmate patrolling through the woodlands collecting firewood. During their excursion they reportedly came to a cave by the Gave River, and it was here where Bernadette would enter the gloom to encounter the glowing apparition of a young lady who identified herself as “the Immaculate Conception.” As Bernadette looked upon this strange figure with awe and a little fear, the apparition then spoke, telling her to find the spring and drink from it. Not knowing quite what this meant, Bernadette stumbled around and dug into the ground to find water seeping out, which turned out to be from another stream deep within the cave. The water in this stream was soon found to have amazing healing properties, and between February 11 and July 16 of that year Bernadette would claim to have a total of 18 visions of the “Immaculate Conception,” also known as The Lady of Lourdes.

When word got out about the supposed healing effects of this mysterious cave stream, people from all over the region began to pour in to drink from it and bathe in it, and there were numerous tales of people being cured of all manner of injuries and afflictions, including the blind or deaf being cured, cripples able to walk again, and cancer just disappearing. The phenomenon was examined by doctors both Catholic and non-Catholic alike, including the Lourdes Medical Bureau, who declared the healing to be beyond normal explanation and thus classified as miracles. Eventually a vast chapel and shrine complex was built over the site, which exists to this day, and there have been dozens of official miracles documented here by the Catholic Church. The Vatican officially canonized Bernadette as a saint in 1933 due to her visions and the miracles of the fountain.

Even in modern times the miracles of Lourdes have continued. A very interesting case was covered by the TV show Unsolved Mysteries, pertaining to a woman named Jeanne Fretel, who in 1937 came down with a strange illness that no doctor seemed able to identify. The disease caused her to bleed out of every orifice and to experience intense abdominal swelling and cramps, but since it was unknown just what was afflicting her there was very little that doctors could do, despite countless operations. After over a decade of dealing with this painful condition she would be diagnosed with tubercular peritonitis and told that she had very little time left. As a last ditch effort, Fretel went to the spring of Lourdes in 1948, and at the time she was on her last legs, in a state described as “nearly comatose.” Yet, when she was anointed with the water of this place and bathed in it she experienced almost immediate positive results, and within days she was completely cured with no side effects, much to the astonishment of her doctors. This was one case that would be officially classified as a miracle, one of the many documented at Lourdes.

In 1975 there was another case concerning a Lorraine Echevarria, who also took ill with a strange kidney disease that doctors could not diagnose. She was taken to Lourdes by her family, and her first night there she would have serious kidney failure and see a potent dream in which she left her body and was joined by a glowing woman who told her to go back into her body, that it was not her time to die yet. The next day she was bathed in the magical waters and that evening she found she could walk around and eat as usual. Her sickness had been totally cured. Although an examination was not carried out immediately after and it could not be discerned to be an actual miracle, Lorraine and her family believe it was.

In later years after the original miracle at Lourdes we have a case that is perhaps just as well known. On May 13, 1917, siblings Jacinta and Francisco Marto and their cousin, Lucia Santos were herding sheep just outside the small village of Fatima, in rural Portugal, when they allegedly saw a flash of light that heralded the appearance of a mysterious glowing woman who seemed to appear out of thin air. The stranger approached the children and introduced herself as none other than the Virgin Mary, and told Lucia that on the thirteenth day of each month they should return to that spot, where she would tell them three revelatory secrets. After this the woman disappeared in another flash, leaving the girls baffled.

When June 13 rolled around the girls dutifully showed up at that spot along with some villagers who had been fascinated by the story of their vision. Although no one except the three girls actually saw the mysterious apparition of the woman, she nevertheless appeared to them once again and told them one of their secrets, as well as revealing to Lucia that Jacinta and Francisco would go to Heaven soon but that she had to remain as a messenger. Some people were very skeptical of these claims, including Lucia’s own mother and the village priest, who believed that she had actually been seeing the Devil and was being lied to.

Despite this, once again on July 13 the girls went back to the spot along with many onlookers and this time the Virgin Mary told Lucia that God was angry with the events of World War I, and that the next big threat to the world would be Russia. The following month they went yet again, on August 13, and this time they were rounded up and imprisoned by a local official who believed the girls had been carrying out a hoax. He demanded to know what secrets the girls had been told but they refused to say anything and were eventually released.

The Virgin Mary would apparently appear two more times, each time revealing another piece of information or secret, and drawing increasingly large crowds of pilgrims who believed the whole amazing story. When the children requested that the Virgin Mary carry out a show of power to prove to the onlookers that she was really there, the rain that was pouring down at the time suddenly stopped, the sky cleared, and multi-colored lights were reported to shoot across the sky, after which the sun undulated and dipped before returning to its usual spot. People all over the region witnessed this event, and it was widely lauded as a genuine miracle.

In 1919, a flu epidemic tore through the region to take the lives of thousands of people, including Jacinta and Francisco. The three secrets revealed to the children would long remain hidden from the world, but would later come to light. Two of the secrets were revealed in Lúcia’s memoirs, with the first being a vision of Hell and the second being a prophetic vision that World War I would end. However, the third secret was always kept under wraps, as it was deemed that mankind was not ready for it. Speculation on what the legendary third secret contained ranged from a doomsday prediction of the end of the world to the Biblical Apocalypse, but no one knew and the Church itself ominously said it was “most probable the Secret would remain, forever, under absolute seal.” It was ostensibly released by the Vatican to the world in 2000, and turned out to be rather disappointing compared to the spectacular conspiracies, merely revealing the death of the pope and other religious figures, but there has long been doubt that what the Vatican released was the real secret, and it is widely believed that the true text remains hidden within the mysterious Vatican Secret Archives. The miracle at Fatima was officially recognized as a miracle by the Church in 1930, and Lucia would die as a nun in 2005, taking whatever other secrets she had to the grave with her. 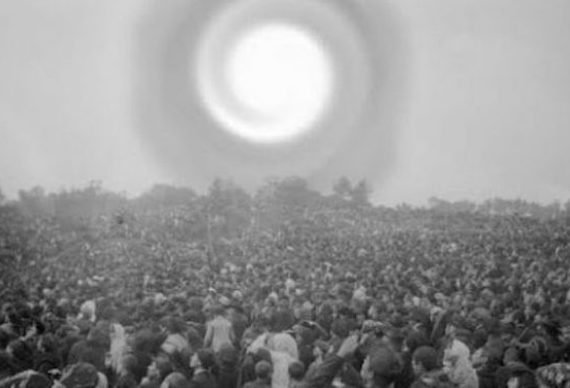 In more recent years we have another supposed miracle that began in 1981 in the town of Medjugorje, located in western Bosnia and Herzegovina, in the Herzegovina region near the border of Croatia. It was here that in 1981 vision of the Virgin Mary began appearing to six children on a field near the church and gave them the power to heal, after which they were referred to as the “visionaries.” People who visited the area would claim to see the Virgin and to be healed by these visionaries, and the list of those who have been reportedly miraculously healed by the Miracle of Medjugorje is long. People have claimed to have been cured of cancer, shattered bones, drug addiction, multiple sclerosis, paralysis, and many others after visiting the village. To this day some of the visionaries claim to regularly meet with the Virgin Mary, and the healing continues, with many flocking here looking for a miracle of their own.

These have been among some of the many supposed miracles that have occurred over the years, and cases such as these leave us wondering just what is going on. Is any of this real, and if so what forces are behind them and why? Or are these just stories spun by the very religious and perhaps delusional, nothing more than coincidence and folklore? Whatever one may personally think, these miracles are all officially recognized, at least by the Church, and they certainly stir the imagination, hinting that there is perhaps something more to the world than we know.

Gravestone of the Real Snow White Discovered in Germany