A woman contacted the Buckrail, a local media provider in the small resort town of Jackson, Wyoming, with a video she captured on a webcam at the resort where she works. She had been hoping to record meteors from the Perseid Meteor Shower, which was in peak activity. Instead, she saw a UFO that puzzled her – especially two bright flashes in the middle and at the end. The Buckrail checked with the Department of Transportation’s flight log database and showed the video to a space hobbyist, a drone pilot and three astronomers for analysis and comments. Now THAT’S how you conduct a UFO investigation. So, what did they determine the UFO to be? Plane? Drone? Meteor? Something else?

“In their sleep deprivation, there was only one explanation: “aliens.””

OK, that’s what the woman and her co-worker determined it to be. They worked the night shift at the Spring Creek Ranch, which is located on the top of a hill with a beautiful view of the Grand Tetons. That view is captured 24/7 by a webcam provided by See Jackson Hole, a tourism site which has a number of webcams located throughout the resort town. Not wanting their employer to think they were loafing at 3:41 am on August 11 when they saw the UFO, they asked to remain anonymous. (Watch the original video here and an edited and sped-up version here.) Their initial reaction was that the UFO was moving too slowly to be a plane, and the bright flash at the end eliminated any other manmade flying objects they could think of. The Buckrail reporter had no ideas either. Was it part of the Perseid Meteor Shower?

“Leading up to the meteor shower, a meteor seemed like the logical explanation, but three separate astronomers ruled that out — it’s too bright, it moved way too slowly, and meteors leave a streak in their wake.”

Not a meteor. Not a commercial plane. How about a military plane or secret jet test? A former military pilot interviewed said there’s no military training airspace in the area, fighter jets usually fly in pairs and 4 in the morning is not the time even secret test missions are usually conducted. Could it have been the usual explanation of most UFOs these days – a drone?

A drone pilot interviewed said FAA rules require that drone lights be visible for at least three miles, so it certainly appeared bright enough to be one. The slow speed also put it on the drone side. What about those bright flashes?

“There does seem to be a flash of light from the object partway through that is likely artificial.” 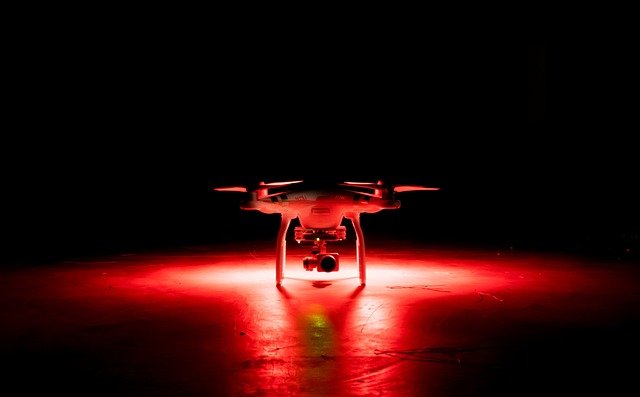 Michael Brotherton thinks the flashes indicate something manmade, like a drone. But not everyone. That includes Scott C. Waring of the E.T. Database site, who thinks that the UFO is not a drone but a drone dropper of alien origin.

“Its planting orb drones every so often to cover and record an area. At 2:36 it becomes very bright...and produces a drone...which you can see below it.”

There is definitely a smaller light beneath the bright one at the time he indicates. Is that enough to call this an alien spaceship dropping observation drones to be picked up at a later date? Not really.

Kudos to Buckrail for conducting such a thorough investigation of this video. They even reached out at the end to any drone pilots who may have been controlling the UFO or know the owner to come forward with more information. In the meantime …

“In their sleep deprivation, there was only one explanation: “aliens.””

UFOs Around the World: Sweden