These days it's hard to tell whether the strange lights in the sky are aliens or weird military experiments. It's even harder to tell which explanation would be preferable. Regardless, there are certainly some strange lights in the sky.  Multiple people in Cincinnati, Ohio filmed a group of UFOs on August 3, and dozens more people said they saw the same mysterious lights.

The first video was uploaded by YouTube user MrMBB333 (watch it here). It was shot by two witnesses named Laina and Angie. The video looks to be taken in the early evening, a little bit before sundown. It starts with a group of four lights in a triangle formation that then seem to vanish one by one. The lights then reappear in a straight line and a fifth light comes in from the left of the screen. In his analysis of the video MrMBB333 inverts the lighting so that the whites are black and vie versa. In the inversion it looks even more like the UFOs are just winking out of existence and then returning.  The video continues as the sun goes down and a whole "armada" of lights show up, blinking rapidly. Whereas the first part looks quite elegant and controlled, the second group of lights has a lot more "noise." 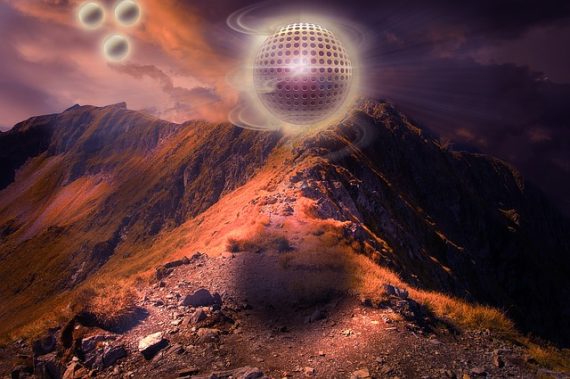 Usually, things like this can be chalked up to a camera glitch, or light reflected from some off-camera source. But a whole lot more people saw these UFOs. YouTube user thirdphaseofmoon collected another whole group of videos taken on the same night in Cincinnati, that all seem to show the same UFOs. The videos are all from different angles and all show the exact same group of lights behaving in the same way, slowly disappearing and reappearing.

Taken all together, the videos are pretty interesting. It's not often that you see multiple, very different angles of the same UFO sighting.  So what's going on here? I have no idea. The recent reports of military surveillance balloons being released over parts of the US have me wondering if this isn't a sight that we're going to get used to seeing depressingly fast. But Cincinnati was not one of the cities listed as testing grounds for these balloons. But that definitely doesn't rule it out.

The weirdest thing about it is obviously the disappearing and reappearing. That's definitely strange if we assume that the objects are the size of the lights. If the objects are smaller, with some really bright lights, then it's possible that a zoomed in camera in low light wouldn't pick up the object once the light goes out.

It's mercifully difficult to write these off as drones too. At least the civilian models. The different camera angles show that they're pretty high up, and they move in what appears to be an intentional pattern. Unless it's a group of drone pilots training for a synchronized drone dancing competition, I don't think that explains it.

Yep. No idea what it is. That certainly doesn't mean that nobody knows what it is. There have been some pretty strange things in the sky lately though. Does that mean the aliens are finally showing up, or does it mean that military technology has finally outpaced us common folk's capacity for understanding? I hope it's swamp gas.