It has been almost 40 years since Britain had its most famous UFO sighting which many people have nicknamed “Britain’s Roswell” (Rendlesham Forest Incident). And now, a new witness has come forward with some pretty incredible information. For the first time since it happened, retired US serviceman, Sergeant Michael Smith, has come forward with his experience on the frightening encounter in 1980 in the Suffolk countryside.

The Rendlesham Forest UFO sightings took place over several nights in late December of 1980 when several military personnel claimed to have seen a strange light appearing between the twin bases of RAF Bentwaters and RAF Woodbridge in the Rendlesham Forest in Suffolk, England. Jim Penniston and John Burroughs were sent to investigate the strange light. As they got closer, Penniston said that Burroughs seemed to have vanished into thin air for a few moments before returning. What’s even stranger is that Burroughs has no memory of what happened right after he seen the unexplained light until the following morning and he developed serious health issues after his encounter.

The UFO was also witnessed by Deputy Base Commander, Lieutenant Colonel Charles Halt as well as his team. He claimed that a beam of light shot towards the ground from the unknown craft. He eventually talked about the incident by stating, “Here I am, a senior official who routinely denies this sort of thing and diligently works to debunk them, and I’m involved in the middle of something I can’t explain.”

Steve Longero, who was a US Air Force police officer that was working at RAF Bentwaters and RAF Woodbridge, came forward in 2016 to report that he witnessed strange lights while he was on duty.

Now, three years later, Michael Smith has come forward with what he witnessed when he was a member of the 81st Airborne Police Squadron at RAF Bentwaters when he was just 19 years of age. According to Smith, he was outside when he witnessed a glowing light in the woods (he explained it as looking like a reddish colored ball). “It stopped right in front of me – it just stayed there and hovered two feet off the ground and I called for reinforcements. I was scared to death,” he said. Here you can see Smith’s interview on what he witnessed the night of “Britain’s Roswell”. 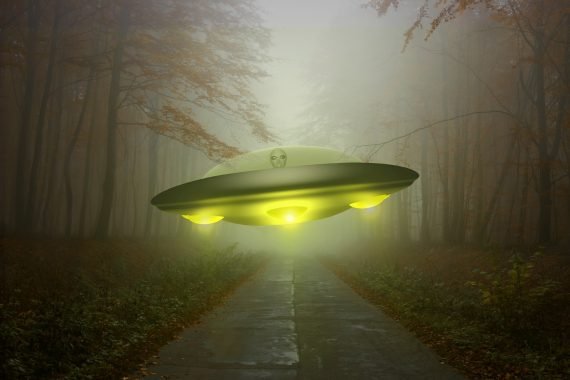 So, did they witness an actual flying saucer? There have numerous theories as to what they actually saw, from a fireball, to nocturnal lights, beams from a lighthouse, and bright stars. There was even a story that was published claiming that it was all just a prank played on the US Air Force by the SAS. Even the Ministry of Defense announced at the time that there was no threat to national security; therefore, an investigation was never conducted.

But for those who allegedly witnessed the event, they know what they saw and no amount of conspiracy theories or other potential explanations can change their minds. To this day, the Rendlesham Forest Incident remains unexplained. A sketch of the unexplained craft, as well as other pictures from the incident can be seen here.

‘Polar Hysteria’ May Have Caused the Dyatlov Pass Incident