Will the Real Madeleine Morès Please Stand Up?

What if one day you found out that there was someone who had your exact same name, living their life as you? What if, to make it even stranger, you were to meet this person and they claimed you were the imposter? Both of you have the same name, the same birthplace, the same birthdate, and even the same parents, yet you do not know each other and both accuse the other of stealing each other's life? It sounds like the premise of some psychological thriller or science fiction film, but this very scenario played out with two women who for all intents and purposes seem to be one and the same, and neither of who will budge on the matter. Welcome to the outlandish tale of the two Madeleines.

In 2004, 80-year-old French native from Vittel, Madeleine Morès, returned to her home country after having spent many years living overseas in Algeria. The woman went about acquiring a new ID card and collecting her pension from the government, and at this point it was all just the typical mundane hassle she had to go through after being away for so long. She waited patiently for them to get back to her with her card, and was in no way prepared to hear that someone with her name living in Saint-Étienne already had been issued that card, and had been collecting her monthly pension for the past 20 years. The shocked Morès insisted that this couldn’t be, and suspecting obvious identity theft went about notifying the authorities. It seems like this should have been the end of it, but is from this point that things get bizarre.

Police tracked down the other Madeleine in Saint-Étienne, Madeleine B, and brought her in for questioning along with the Madeline from Vittel, Madeleine A. It was thought that this would quickly all be cleared up with the two in the same room, but it all only got even weirder. Both women were 80 years old, similarly dressed, and looked very alike. They both produced passports, identity cards, pay slips and birth certificates that had the exact same full name of Madeleine Paule Hélène Morès on them and the same birthdate. These weren’t the only strange parallels between the two either. Both women claimed to have been born in 1924 in the the village of Meurthe-et-Moselle to parents by the names of Albert and Anna Morès, and both claimed that their father had abandoned them when they were very young and that they had then been sent to foster families by their mother. To make it all even odder still, Madeleine B claimed that she had no female siblings, and for all of the evidence the two seemed to be one and the same person, but how could this be? 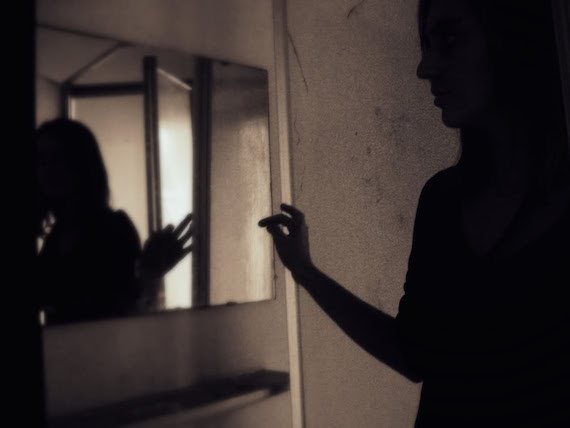 Police questioned them further, hoping that one of them would crack under pressure and admit to their fraud, but neither did, and with no way to tell who was the “real” Madeleine Morès authorities were baffled as to how to proceed. Taking it even deeper into the realm of the strange was an old photograph that was put forward by the brother of Madeleine A, which showed two young women taken in the 1940s. Police determined that the two girls in the picture were actually the two Madeleines sitting before them, but both women could not remember the photo ever having been taken or having ever met each other in the first place, although they admitted it appeared to be them. Other than that, not much is known about the mysterious photo, and no one seems to even be sure of exactly when or where it was taken. In the meantime, both women continued to insist that they were the real deal, with both accusing the other of identity theft, although technically speaking they were officially the same person.

Of course considering this deadlock, the only way to check it out was to do DNA tests, but since they both adamantly and vehemently claimed to be the same person there was no way to know which DNA results would be the “correct” ones, and they had been born long before any samples would have been available. Authorities decided to ultimately use the purported brother of Madeleine A, who was definitely and without a doubt a member of the Morès family as a comparison sample, and through this test it was ruled that Madeleine A was the “real” Madeline Morès. Yet, this still didn’t solve the mystery, as if Madeleine A was the real one, then who was Madeleine B, and why would she want to steal someone’s identity?

Digging deeper into the enigma, it was found that Madeleine B had indeed been born and grown up with her name, and that she had indeed been from the same village as Madeleine A and been given to a foster family when she was little. She had worked and led an honest life, with a perfectly legal and documented work history and was entitled to her own pension, and she had no criminal record, so why would she want to steal the pension of someone else, especially for such a reported paltry sum of money of only around $600 a month? If this was all a scam, then it was a very round-about, sophisticated, and long-running one for so little monetary gain. It was thought that the whole thing may have stemmed from a administrative error in which two babies were given the exact same name and then just sort of slipped through the cracks and got mixed up by the system, yet there are still a lot of oddities. Even if they both just happened to have the same name, what are the odds that they would have both been born in the same exact small village to parents with the same names on the same date? Furthermore, what is the explanation for the photograph of them together in the 1940s that neither one of them remembers?

What is going on here? Is this just a case of an extreme coincidence, a long running con, or is it something even stranger still? Are they perhaps some sort of doppelgängers of each other, or even alternate versions of each other, with one somehow slipping over into the reality of the other without being aware of it? There is no way at all to know, and for now Madeleine B lives in a sort of limbo without any official government recognition or help, even now still insisting that she is the real Madeleine Morès. There are no new leads or clues, and the whole thing remains a very strange mystery.

What Would Happen if Someone Ever Really Did Find Sasquatch Remains: Part Two