While most astronomers are looking for signs of life on other planets, a few on the apocalyptic side are looking for signs of dead stars and dead planets in an attempt to look into Earth’s hopefully far-off future. What they have found so far is mysterious zombie signals coming from these planets that are no more than giant balls of metal orbiting dead white dwarfs. What is making these strange zombie sounds? Are they calling around the universe for brains?

That is, nobody before Dr. Dimitri Veras from the University of Warwick’s Department of Physics and his team in May of 2019 discovered SDSS J1228+1040 – a white dwarf star (a dead star with no fusion occurring) located about 411 lights years away. According to the press release announcing their new study in the Monthly Notices of the Royal Astronomical Society, they also found the remains of one planet. Specifically, the rock orbiting SDSS J1228+1040 appears to be the core of the planet – what’s left after the dying star stripped it of its atmosphere and outer layers, leaving just a cold mass of hardened metals.

They also discovered something else – a radio signal coming from the zombie planet. Based on a similar signal coming from Jupiter and its moon Io, they determined that the white dwarf and the planet core formed a unipolar inductor circuit with the metallic core acting as a conductor. The radiation from the unipolar inductor circuit forms radio waves which can be picked up by radio telescopes on Earth. Why is this a big deal?

“There is a sweet spot for detecting these planetary cores: a core too close to the white dwarf would be destroyed by tidal forces, and a core too far away would not be detectable. Also, if the magnetic field is too strong, it would push the core into the white dwarf, destroying it. Hence, we should only look for planets around those white dwarfs with weaker magnetic fields at a separation between about 3 solar radii and the Mercury-Sun distance.”

Veras points out that astronomers now have an excellent tool for finding other dead planets. And why is THAT a big deal?

“A discovery would also help reveal the history of these star systems, because for a core to have reached that stage it would have been violently stripped of its atmosphere and mantle at some point and then thrown towards the white dwarf. Such a core might also provide a glimpse into our own distant future, and how the solar system will eventually evolve.”

Yep. Looking at SDSS J1228+1040 and its signal-sending zombie planet are a look into our future. How far into our future? That depends on us (oh boy) and the lifespan of our sun, which is estimated to be about five billion more years. What this new discovery does tell Veras is how long a dead Earth will continue to exist and send its own zombie signals to other galaxies … one billion years. 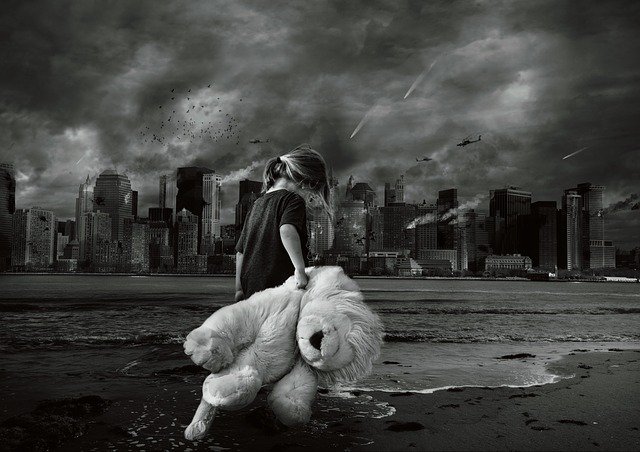 A Tale of a Juvenile Man-Beast?