What was an Amazon warrior doing in Mongolia in the 14th century? What was she doing buried in a grave next to a “trophy bride” bedecked in fine clothing and jewelry from Europe? Why did this female warrior, who towered over both women and men of the time, have no teeth? Those questions and more are waiting to be answered as Siberian archeologists continue to analyze a skeleton found in northern Mongolia that belonged to a mysterious 14th century female fighter. Are you ready for Xena: Warrior Mongol?

“The buried person we discovered is a kind of 'Mongolian Amazon', a strong enough lady who can overcome some men. It can be assumed that she was a warrior, since she was buried with a long iron knife, hatchet, saddle with stirrups and a bronze bowl, an extremely rare attribute for female burials. She has large limb bones, which indicates her physical strength.”

Artur Kharinsky, a well-known Russian archeologist and professor at Irkutsk National Research Technical University, led the expedition to Khövsgöl Province, the northernmost province of Mongolia on the border with Russia. There at the Urd Khyar 1 excavation site they found a hollow log that was the wooden burial coffin of a 30 to 40-year-old woman who was almost 5 feet 11 inches tall (180 cm). Everything it the casket was warrior-related … except the skeleton itself. There’s no way the Mongols let women fight alongside men on their raids, was there?

“The shape of her pelvic bones and jaw is the telltale sign for her sex but DNA analysis is due to take place to check there is no error in the conclusion.”

Kharinsky and his team members are pretty certain the grave contains a tall female and the weapons and bronze bowl say she was a warrior. However, her bones show no signs of battle scars. Was she so big and strong that no enemy soldiers could harm her? Or were they scared away by her toothless smile?

“She had lost most of her teeth during her lifetime.”

Kharinsky believes that her teeth fell out due to illness, possibly the disease that ultimately killed her. On the other hand, the tiny woman in the grave near hers was in fine shape. She appeared to be wealthy due to the two gem-covered gold plaques, amber discs, a decorated bronze mirror and other expensive trinkets that were of the type brought back to trophy wives by male Mongol warriors after looting the European lands they conquered. Trophy wife? Could this woman have been the “trophy wife” of the Amazon warrior? 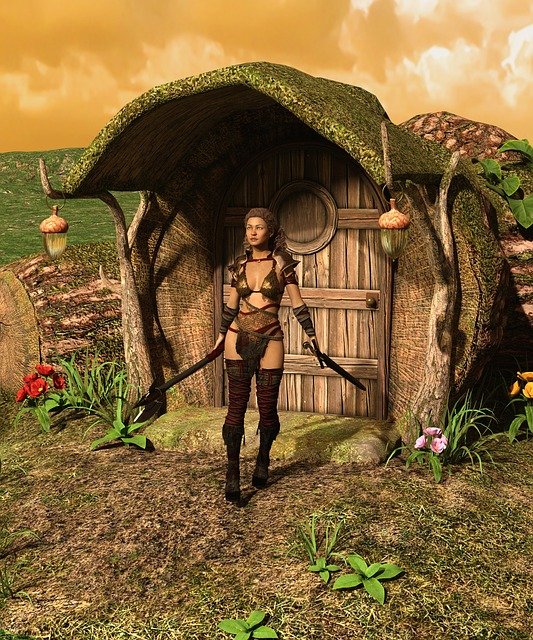 That’s all Professor Kharinsky would share with the Siberian Times (article has many photos of the grave and burial items). Was he afraid of reprisals if he suggested this was a late 13th century lesbian couple?

While we may never know the real story of this “Mongolian Amazon,” that would definitely be the plot of Xena: Warrior Mongol. And this Xena would have all of her teeth.

The Wait Is Finally Over: Scientists Reveal Their Findings On The Loch Ness Monster