A Mysterious Force is Killing the Great Galaxies of the Universe

“In the most extreme regions of the Universe, galaxies are being killed. Their star formation is being shut down and astronomers want to know why.”

It sounds like a great opening to a science fiction thriller … but it’s real. A team of Canadian astronomers is concerned enough about this phenomenon (maybe they realized that WE live in a galaxy?) and has launched a project to study a nearby galaxy in hopes of determining what mysterious force is destroying massive galaxy clusters in a way that sounds pretty painful on a galactic level.

“This process leads to a slow, inexorable shut down in star formation known, somewhat morbidly, as starvation or strangulation.” 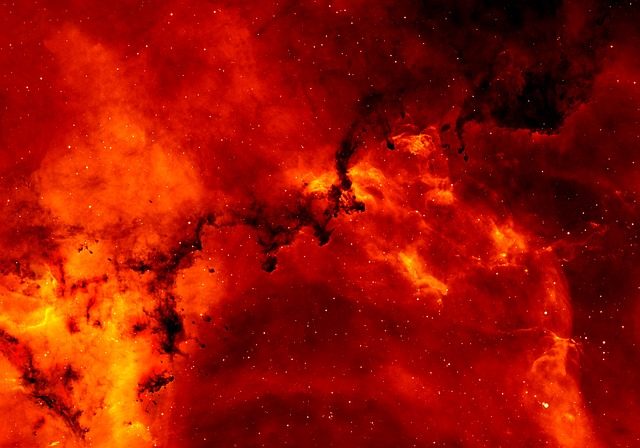 Toby Brown, Post Doctorate Fellow in Astrophysics at McMaster University, describes in The Conversation what he and other astronomers have observed happening to galaxy clusters – groups of thousands of galaxies exerting massive gravitational forces on each other that propel them to travel at high speeds (thousands of km-per-second) and heat the plasma between them until it glows ultravioletly. It’s the makings of a film industry CGI developer’s wildest dreams. In reality, it’s not the place you want to be.

“It is these interactions that can kill off — or quench — their star formation.”

Brown is leading 30 colleagues in a new program called the Virgo Environment Traced in Carbon Monoxide survey (VERTICO). They’ll be using the Atacama Large Millimeter Array (ALMA) – a cluster of connected radio dishes in Chile’s Atacama desert -- to map molecular hydrogen gas in 51 galaxies in the Virgo Cluster, the galaxy cluster closet to the Milky Way.

Did they chose the Virgo Cluster because it’s the closest or because it’s about to strangle itself to death in a blaze of cosmic glory that could impact the Milky Way?

I can see you’re getting a little worried. According to Brown, Virgo is an ideal cluster to study because it’s in the process of forming stars. That sounds contradictory to stars dying, but that happens during formation as new galaxies travel (or fall) through the cluster.

“As galaxies fall through clusters, the intergalactic plasma can rapidly remove their gas in a violent process called ram pressure stripping. When you remove the fuel for star formation, you effectively kill the galaxy, turning it into a dead object in which no new stars are formed. In addition, the high temperature of clusters can stop hot gas cooling and condensing onto galaxies. In this case, the gas in the galaxy isn’t actively removed by the environment but is consumed as it forms stars.”

While “ram pressure stripping” sounds like something that requires a heavy-duty stripper pole, Brown says it and “starvation” are the two big ways to kill a galaxy in a cluster, and the Virgo Cluster looks like the perfect location for VERTICO to use ALM to look for and map hydrogen molecules, which will guide the team in the direction of possibly solving the mystery of what’s killing galaxies at the edge of the universe.

Note to VERTICO:  it will make a better movie if you can find some aliens fleeing the ram pressure stripping or maybe sending a ship with a baby on it to Earth.

The Strange Tale of a Supernatural Bird